For years now, the S Health app has been something that only Samsung users could get their hands on, and became popular because it was one of the only apps to use the heart rate sensor on the rear of Samsung phones since the Galaxy S5. Of course, it was also a great way of syncing with the Gear Fit and now the Gear Fit 2, as well as enabling users to keep track of their steps and exercise without having any sort of fitness tracker. Towards the end of last year however, S Health became available for all Android users, regardless of whether or not they were using a Samsung smartphone or not. Now, S Health will play nicely with even more services.

Many of these health and fitness apps on Android have learnt to play nice with one another, giving users the ability to take their data from one tracker or service to another and so on. Most famously, the super-cheap Mi Band from Xiaomi integrated with Google Fit, making the tracker even more attractive. Now, S Health seems to be able to connect with and integrate the following services; Fitbit, Jawbone, Microsoft Health, Misfit, Runkeeper and Strava. S Health has previously exhibited some form of integration with some of these services, but it appears that since the May update to version 4.8.0, the previously mentioned services have been added. To get this setup however, users need to launch S Health, hit the More button, choose the Connected Services option and choose one of the supported services.

This sort of thing makes S Health much more of a central hub, but it’s not all plain sailing. Fitbit, for instance, will only share sleep data with S Health and Strava is an app designed only to track exercise, so that’s what you’ll get when connecting Strava. The other services however, should help fill up S Health with all of your runs, workouts as well as your sleep information, particularly Jawbone and Microsoft Health. Of course, these services also have their own apps, and depending on how used to them you are, they might be a better option. Regardless, it is nice to see such an app from Samsung learning to play nice with others, and there could be more of this to come. 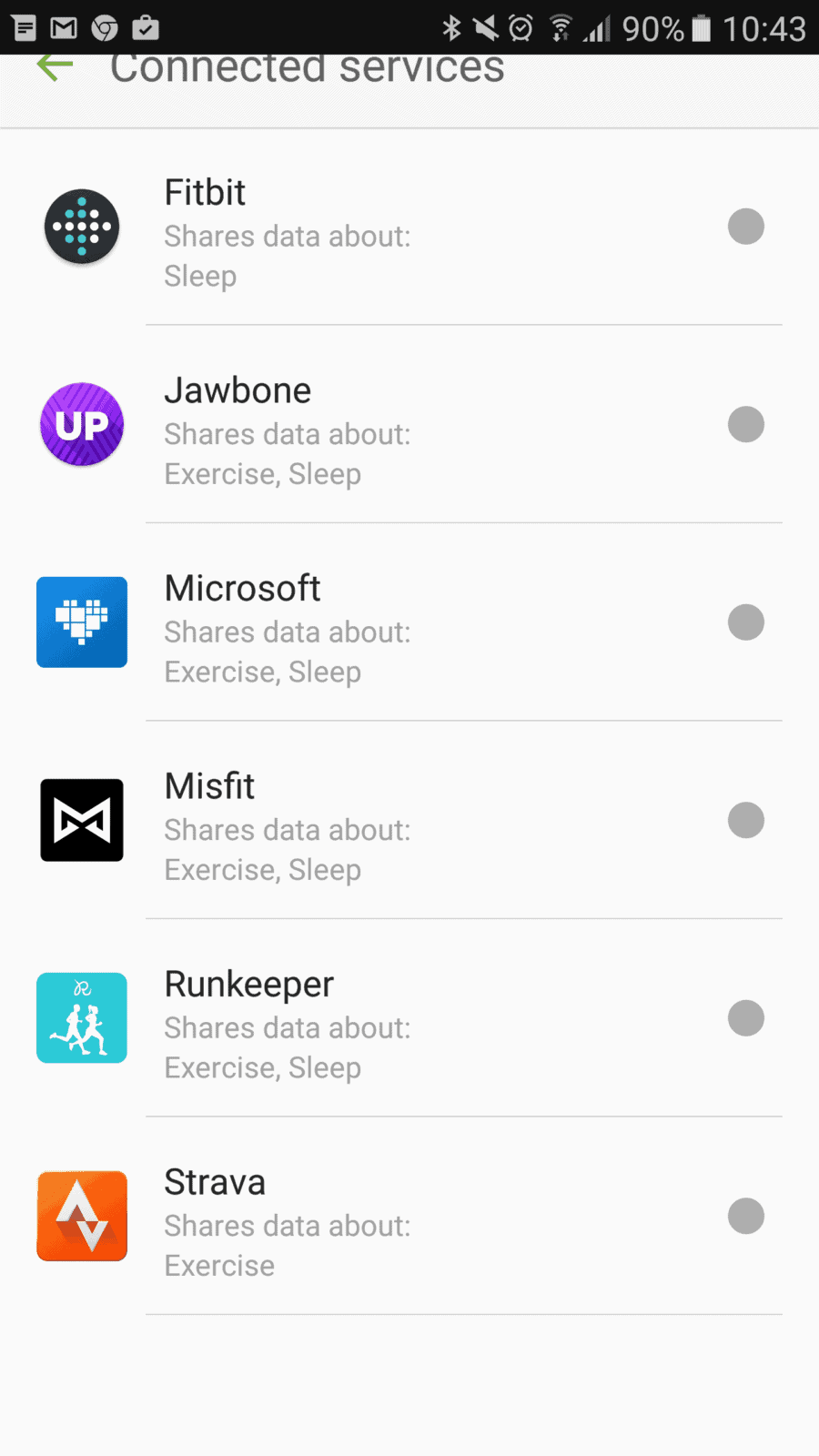