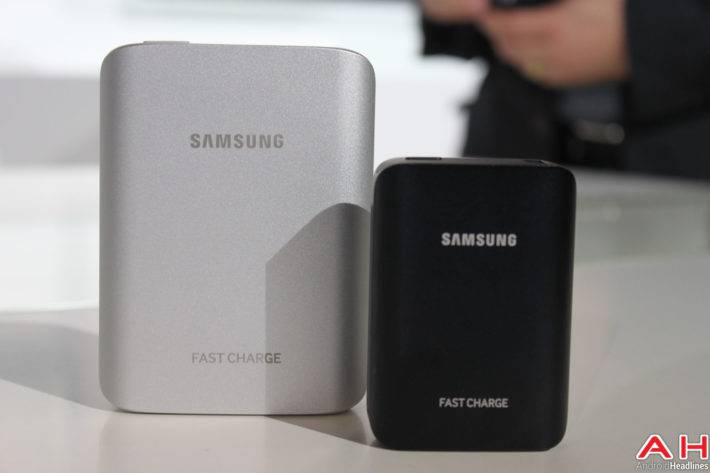 At the end of February this year, Samsung launched the highly anticipated Samsung Galaxy S7 and Galaxy S7 Edge and now both devices are undoubtedly among the best flagship smartphones of 2016. While the Galaxy S6, S6 Edge and S6 Edge+ brought a refreshing new design to Samsung's "Galaxy S" lineup, all three devices could have performed much better in terms of battery life. This was probably due to the fact that all three devices had pretty small battery capacities. The Galaxy S6, Galaxy S6 Edge and Galaxy S6 Edge+ had battery capacities of 2,550 mAh, 2,600 mAh and 3,000 mAh respectively. With many complaints from consumers about the poor battery life on all three devices, Samsung upped its game and included a much larger 3,000 mAh battery in the Galaxy S7 and a 3,600 mAh battery in the Galaxy S7 Edge. This proved to be a wise decision as both devices have extremely good battery life.

However, if the great battery life isn't good enough for you, Samsung released a couple of battery packs at the launch of the Samsung Galaxy S7 and Galaxy S7 Edge to ensure your device has enough juice all day everyday. To ensure that its battery packs are ahead of the rest, the battery packs produced by the South Korean electronics giant supports Samsung's fast charge, and to prove to you that it really does, Samsung released a video on YouTube detailing the results of 10 minutes worth of charge. In the video, the manufacturer highlights things which you can do in 10 minutes, such as eating a snack or reading the news, or better still, charge your device with the Samsung Battery Pack. According to Samsung, a 10 minute charge will allow you to use instant messaging apps on your device for up to 80 minutes or provide you with 40 minutes of filming time. That 1o minutes of charging time will also allow web browsing of up to 90 minutes, 80 minutes of gaming or 110 minutes of video playback.

The Samsung Battery Pack comes in two variants, a 5,100 mAh variant and a 10,200 mAh variant. Both are available in either black or silver. All of Samsung's flagships devices since the Galaxy Note 4 are compatible with the the company's Fast Charge technology. Other devices which do not support Qualcomm Quick Charge 2.0 or higher will charge at up to a standard 2A speed. As for pricing in the US, the 5,100 mAh version costs $59.99 while the 10,200 mAh version costs $79.99. The price is quite steep for a battery pack but if you really need one then by all means get one. The Samsung Battery Pack video can be viewed below.