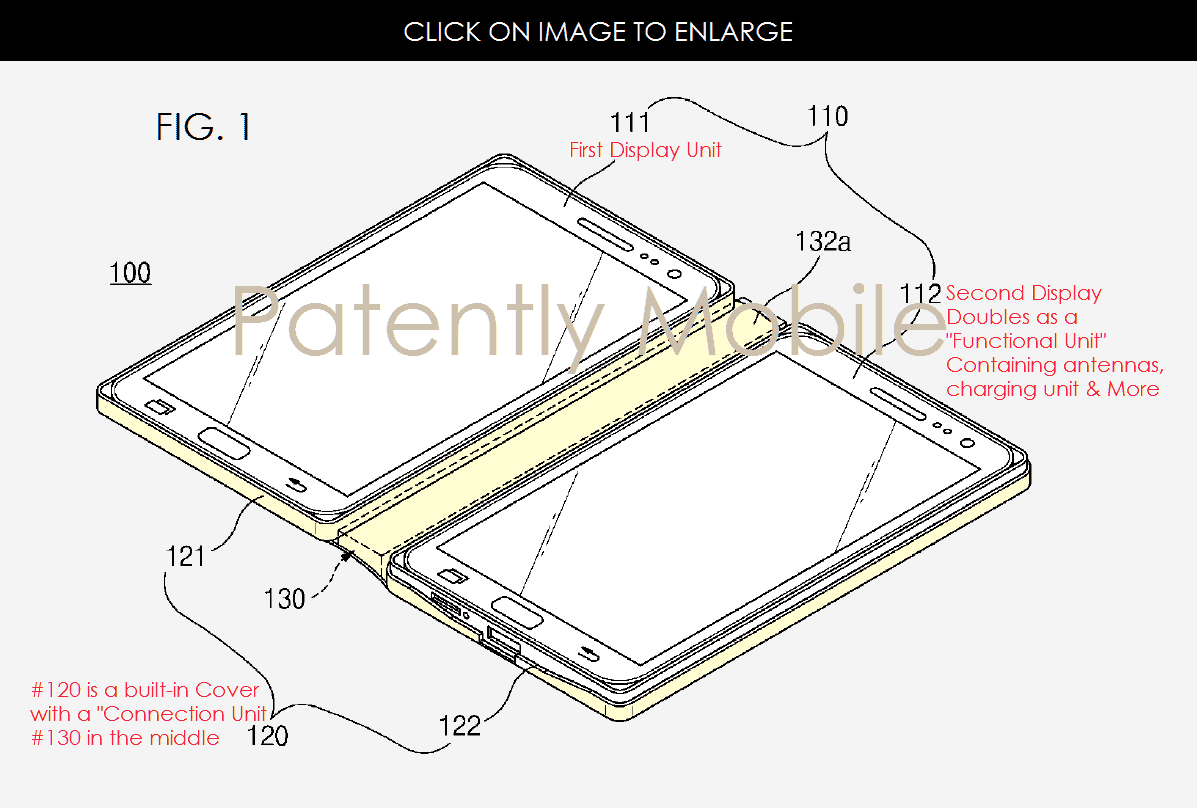 When Samsung first entered the Android game with the launch of the original Galaxy S, the firm wasn't exactly known for their awe-inspiring handset design. Over the years that's changed and with the arrival of the Galaxy S6 Edge last year, it was abundantly clear that Samsung had found their feet where industrial design was concerned. Unlike many other smartphone names out there, Samsung makes much of the components inside of their smartphones themselves, such as the Super AMOLED display, the Exynos CPU, their own storage and memory and even the batteries inside of their devices. When a company makes as many parts as this, its inevitable that they're going to end up with a lot of design patents as well as patents for the future of technology as well.

Samsung has long been a pioneer in flexible display technologies as well as most technologies in the mobile space, and as the industry looks ahead to what's next for the smartphone, it's no surprise to see Samsung dip their toes. This latest patent that has surfaced was filed back in 2012 and shows off a smartphone that is effectively two halves sandwiched together, albeit without a hinge joining them together. Instead, the design patent depicts a device that has essentially two phones linked together, in an entire package that offers two displays for users to interact with in a sort of notebook style.

This is a design that Samsung is presumably going to position as a higher-end device, complete with a TV module and other accessories, such as the S-Pen, completing the overall experience. In the patent filing, Samsung even listed medical uses for the final product, although they didn't go into too much detail on that. One part of the device is described as the "functioning unit" which we can consider the brains of the operation, while the other seems to be an add-on device that might offer up more battery life as well as house extra modules for users to extend the overall usefulness of the device with. Either way, this is an interesting new patent design from Samsung, and could even end up launching as another Galaxy Note device in a couple years' time.