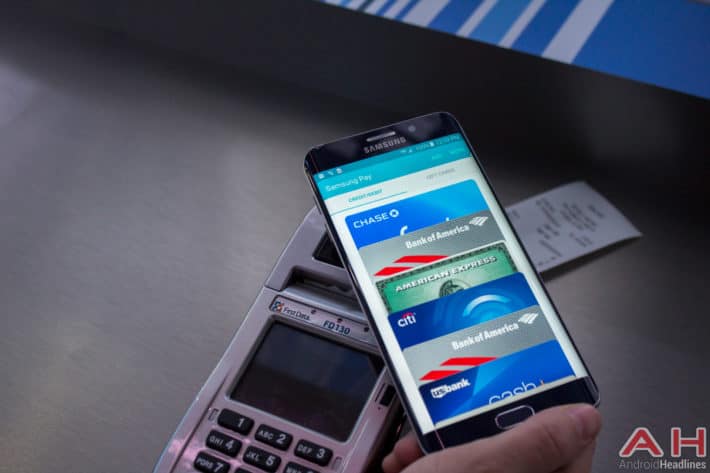 Mobile payments seem to be everywhere these days. Not in the sense that you can literally pay for goods and services at any business through a mobile payment system, but in the sense that they seem to be the talk of the town. That said, mobile payment solutions and support for them is expanding. Samsung's option which can be found on numerous Galaxy smartphones like the Galaxy S7 and Galaxy S7 Edge, appropriately named Samsung Pay, has just expanded the support of their mobile payment solution to a new region of the world, as the company has announced that Samsung Pay is now supported in Puerto Rico through the largest bank in the country – Banco Popular.

Expansion out to Puerto Rico follows the launch of the service in countries like Spain and Australia as of last month in June, with Spain being the first European country to support the service according to Samsung. The mobile payment solution is also continually adding more support for various banks and cards, with US Bank adding support for Samsung Pay in the beginning of last month for their MasterCard account holders. It's worth noting that US Bank Visa cards were supported in Samsung Pay at launch. Samsung states that from today, those who use want to use Samsung Pay in Puerto Rico will be able to do so with "eligible credit cards" from Banco Popular, which suggests that not all cards from the bank will support the service, although Samsung does mention that both Visa and MasterCard are part of the bank support.