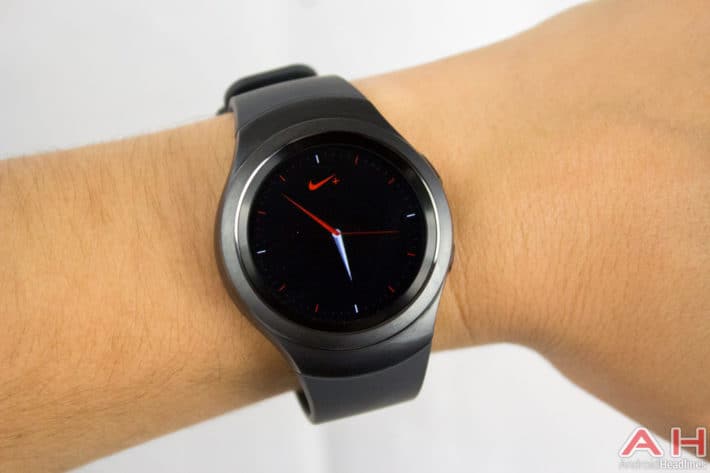 Samsung Pay is the mobile payment solution offered by Samsung for its most recent flagship devices. In spite of it only being available on a very select number of Samsung smartphones, it is a mobile payment solution which seems to be doing very well for itself and one which is establishing its presence as one of the main mobile payment contenders. This is of course thanks to Samsung Pay able to communicate with already existing terminal technology. Which means that it is already able to be used at a wide number of retailers without the need for those retailers to update their payment technology, unlike Android Pay or Apple Pay.

That said, Samsung does plan to bring the payment solution to more devices in the future. One of the devices which had been penned to see its support going live was the Samsung Gear S2 smartwatch. In fact, it was understood that Samsung Pay would arrive on the Gear S2 quite some time ago and even as early as last year, although the rolling out of the feature was delayed until sometime in 2016.

That has now changed though as it seems Samsung is now turning on Gear S2 support for Samsung Pay. The confirmation of the newly added support can also be found on the Samsung support pages where it details that the support is going live for all Gear S2 smartwatches from today, July 18th. As a result and once all set up and running, owners of the Gear S2 will be able to use their smartwatch to pay for goods by simply holding the Gear S2 near a payment terminal. In terms of getting the Gear S2 Samsung Pay-ready, the latest version of the Gear app will need to be downloaded. Once this is done, the option to make use of 'Samsung Pay Beta' should be there and tapping on this will begin the setup procedure. Although it is worth noting that according to the details, the support for Samsung Pay on the Gear S2 is currently only available to Gear S2 owners in the US. Either way, you can find out more about the newly added support by heading through the source link below and over to the Samsung Gear S2 support page(s).