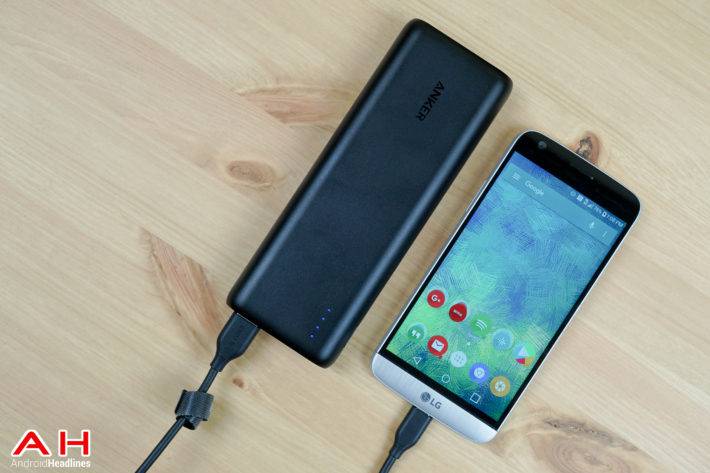 A few years ago, many people wouldn’t buy a phone because it had a sealed or non-removable battery. Today, you’ll be hard-pressed to find a smartphone that has a removable battery. This has lead to the popularity of battery packs or portable chargers. Companies like Anker have been creating battery packs in all shapes and sizes. Now with Qualcomm’s Quick Charge technology, we’re seeing more battery packs coming that can definitely pack a punch. Like this PowerCore 20000 from Anker. This battery pack, as you can likely tell by the name, has a capacity of 20,000mAh. That’s quite a bit of capacity, to say the least. It can charge most smartphones about 6 times or more, before running out of juice itself. Once more, it’s actually fairly small, given how much juice it has. We’ve been using the Anker PowerCore 20000 with a Quick Charge 3.0 compatible smartphone – the LG G5 – for a little over a week now. So how does it fair? Is the experience similar to the Anker PowerCore 10000? Let’s find out.

First things first, let’s talk about Quick Charge 3.0. This is a technology that was developed by Qualcomm, and is part of their higher-end processors. Mostly phones that have Quick Charge 3.0 support, feature the Snapdragon 820 processor, which is their highest-end model currently. Quick Charge 3.0 basically takes your phone and charges at a much faster pace than most chargers would – which is why you need a new charger to use Quick Charge 3.0. Additionally, the technology can take your smartphone from 0% to about 80% in 35 minutes. And the reason why this is possible, is because smartphones charge the fastest until they get to 80%. After that, they charge much slower, and this is to keep from overcharging the battery. Which does happen, but very rarely. 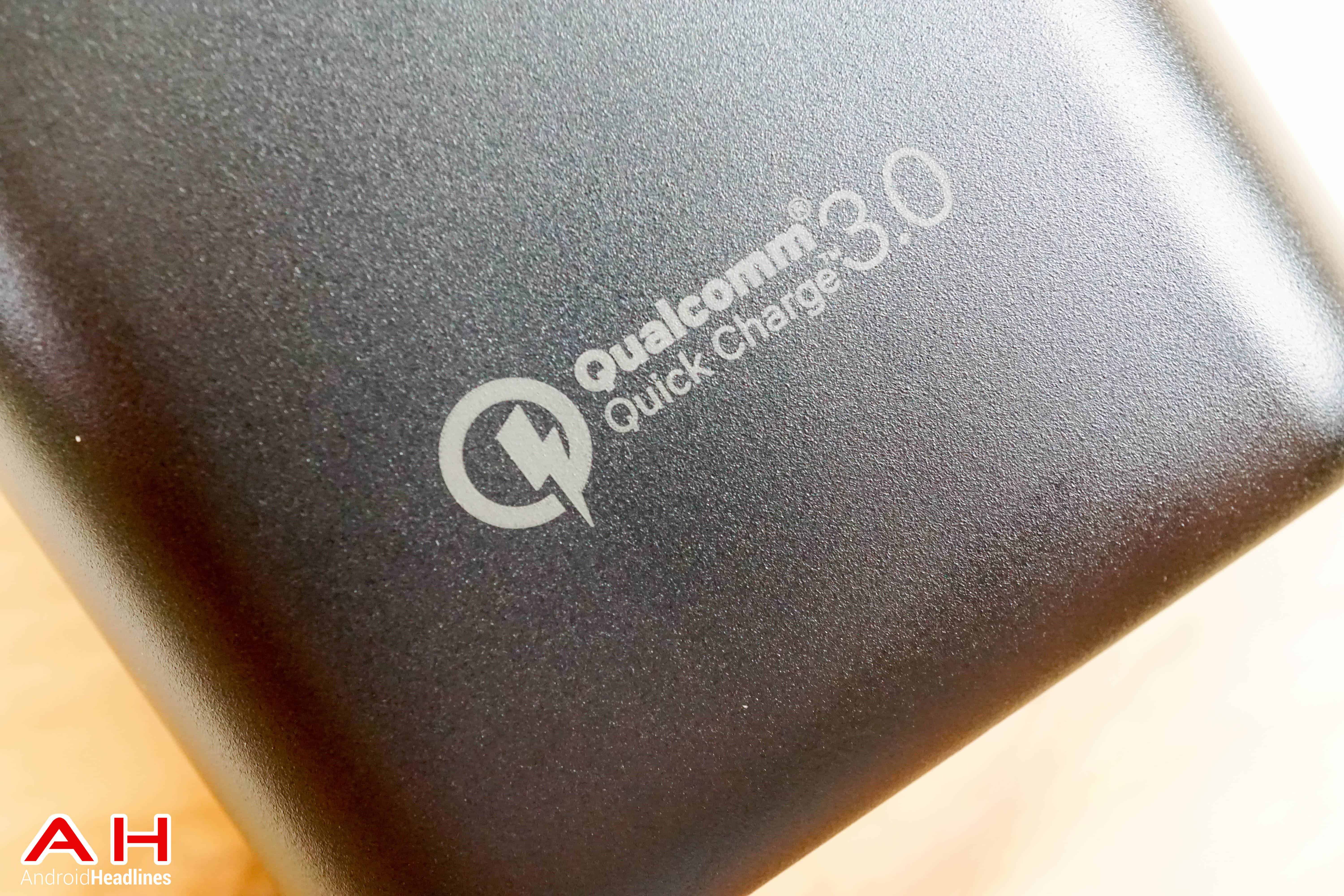 Having said that, the phones that feature Quick Charge 3.0 currently are the LG G5, HTC 10, HTC One A9, Xiaomi Mi 5 and a few others. We tested this Anker PowerCore 20000 with the LG G5, which has a 2800mAh battery. So our results may be a bit different – in terms of how many times it could charge the smartphone – compared to the others. Seeing as the HTC 10 sports a 3000mAh battery, the HTC One A9 has a tiny 2150mAh battery and the Xiaomi Mi 5 sports a 3000mAh battery as well. But theoretically, all of these should get at least six full charges from the PowerCore 20000. During our testing, the LG G5 was able to be charged a little over 6 times, before needing to recharge the Anker PowerCore 20000. Additionally, charge times were pretty similar to what we have seen from wall chargers featuring the technology. Which means the LG G5 charged from completely empty, to 100% in a little over an hour.

Unlike the PowerCore 10000 which we recently reviewed, this power bank does also include a second USB port which uses Anker’s own PowerIQ technology. Now PowerIQ is their own proprietary technology, and to put it into layman’s terms, it communicates with the device that is plugged in to see how much current it can take without damaging the device, and gives it that much. So in theory, it charges that device as quickly as possible, while still being safe. Definitely a good thing. Of course, the other port is a Quick Charge 3.0 port, they are labeled but you can tell the difference by the fact that the Quick Charge 3.0 port is in green, while the other is not. Keep in mind that it’s not an issue if you plug in a non-Quick Charge 3.0 device into the Quick Charge port, because Quick Charge 3.0 is backwards compatible. So if you plug in a smartwatch to that port, it won’t charge at 3A, instead it will charge much slower so the smartwatch doesn’t get damaged. Definitely a good thing. 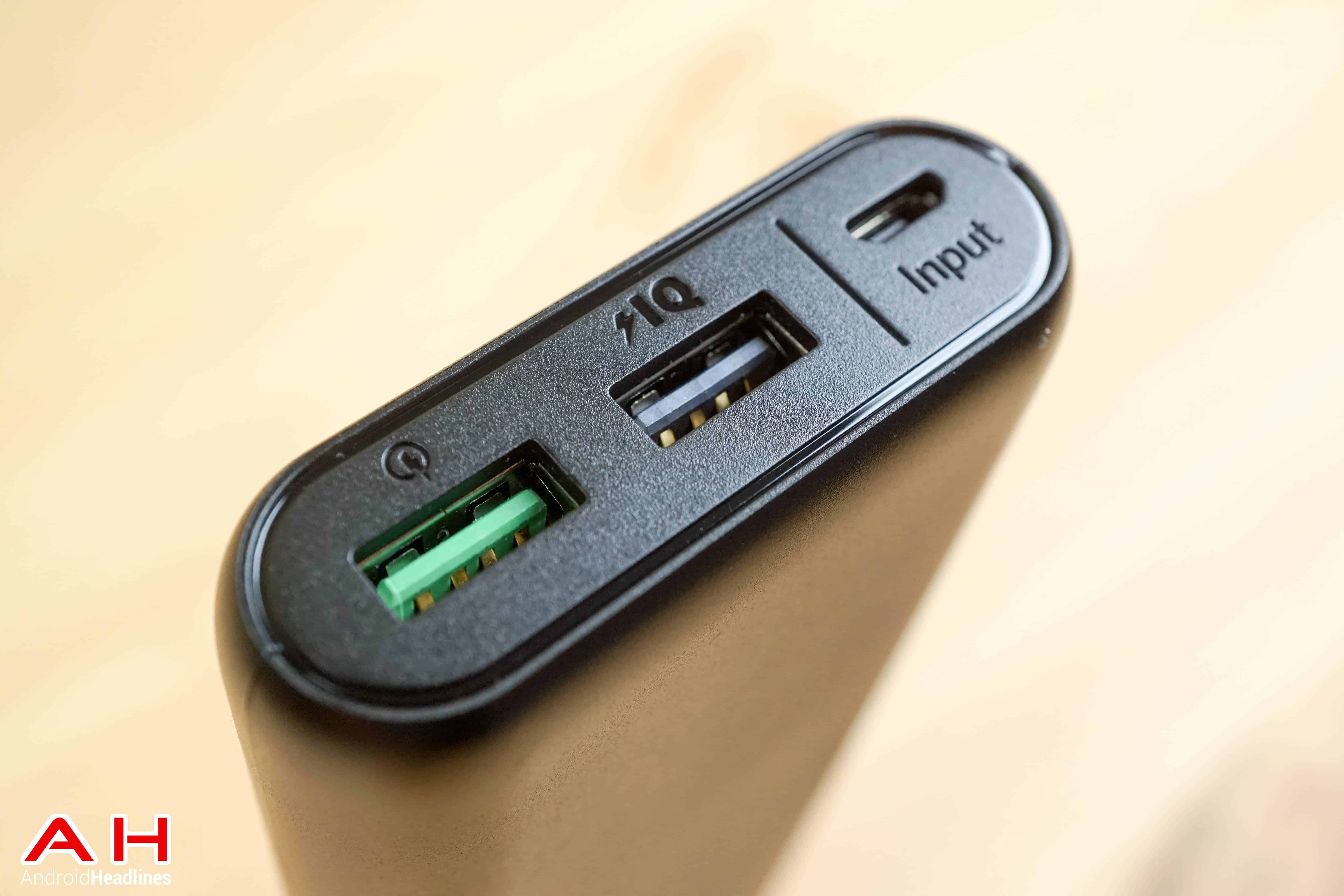 Anker has always created some high quality products and the Anker PowerCore 20000 is no different. This model is slightly rugged, although we still wouldn’t recommend dropping this battery pack. Who knows what could happen. But it can take a beating, if necessary. It’s also fairly long. And this means that it can fit into that pocket in your bag without much of an issue. In fact, I took this on vacation with me a few weeks ago, and it worked great in the pocket of my carry-on bag. Allowing me to charge up my smartphone – quickly, I might add – without needing extra space in my bag. The PowerCore 20000 does have a button on the side, which illuminates the four LED lights on the front. These LED lights show you how much power is left in the power bank. Each light roughly equals about 25% or 5000mAh of battery. Anker includes a micro USB cable to charge up the PowerCore 20000, along with a carrying case. To keep it safe when traveling. 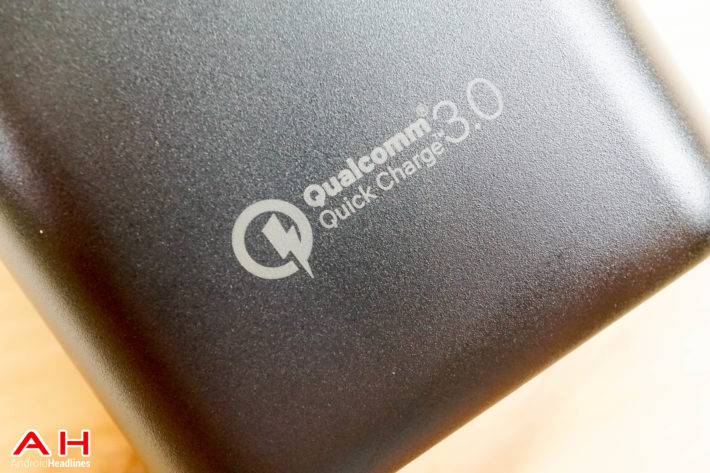 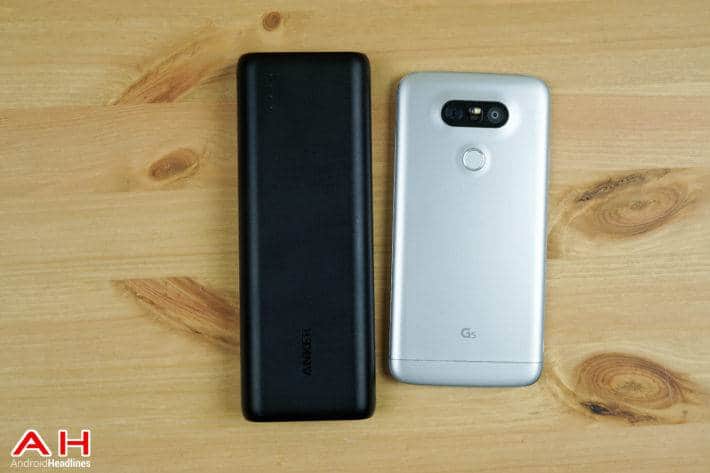 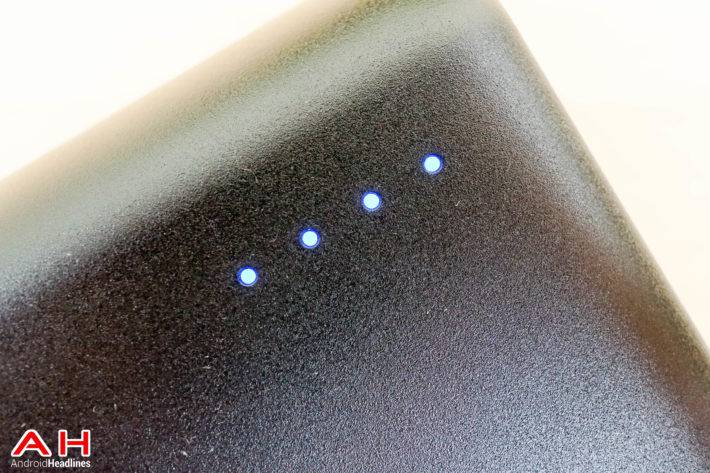 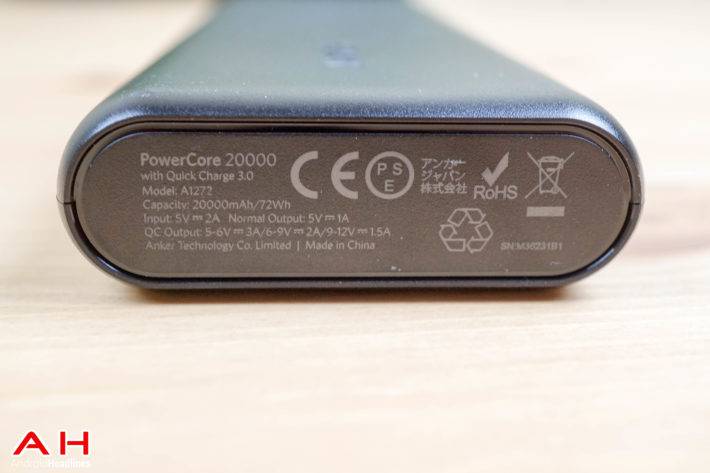 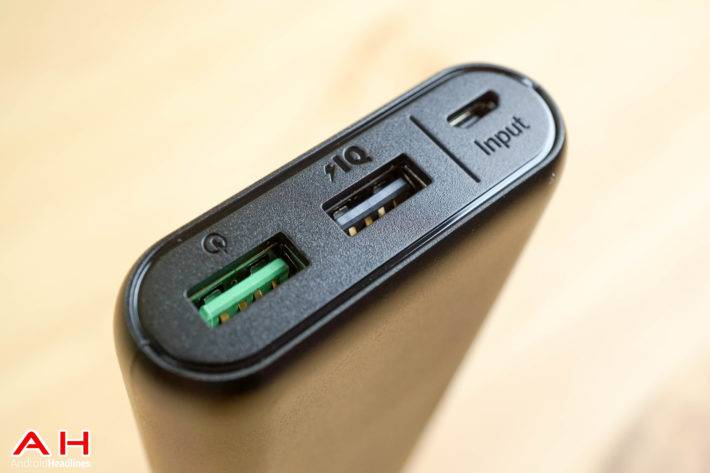 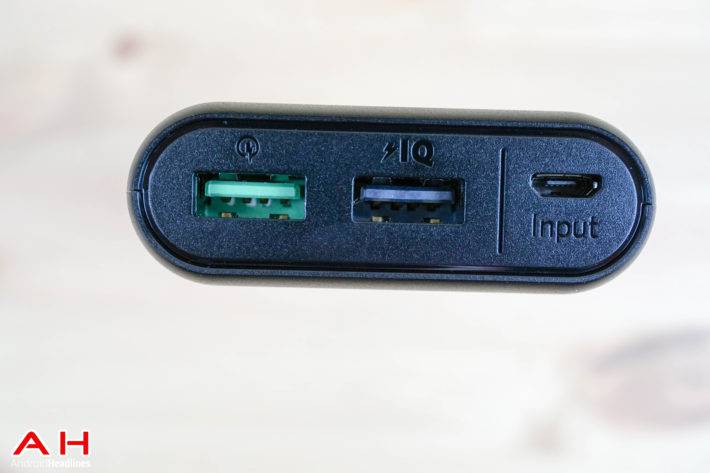 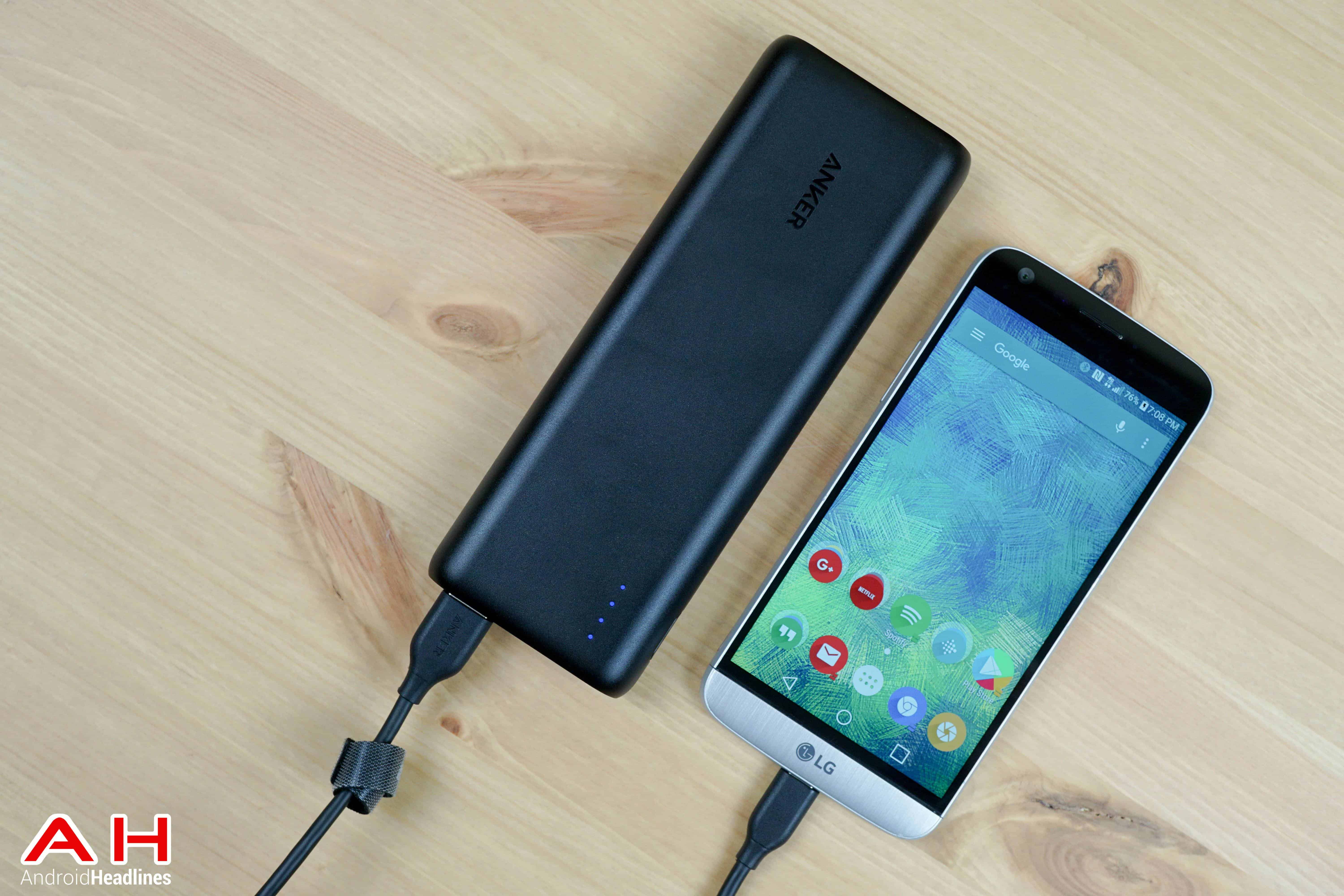 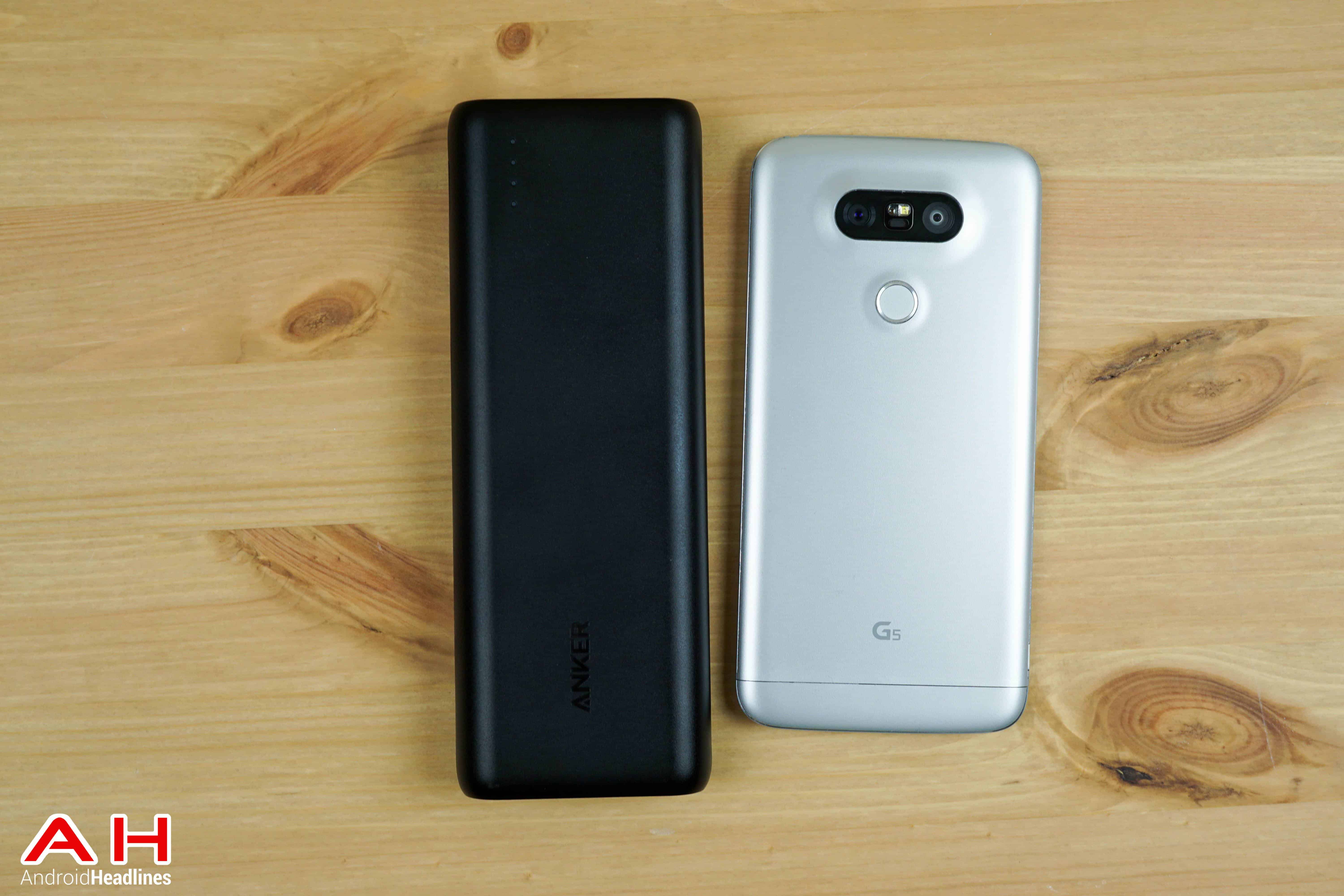 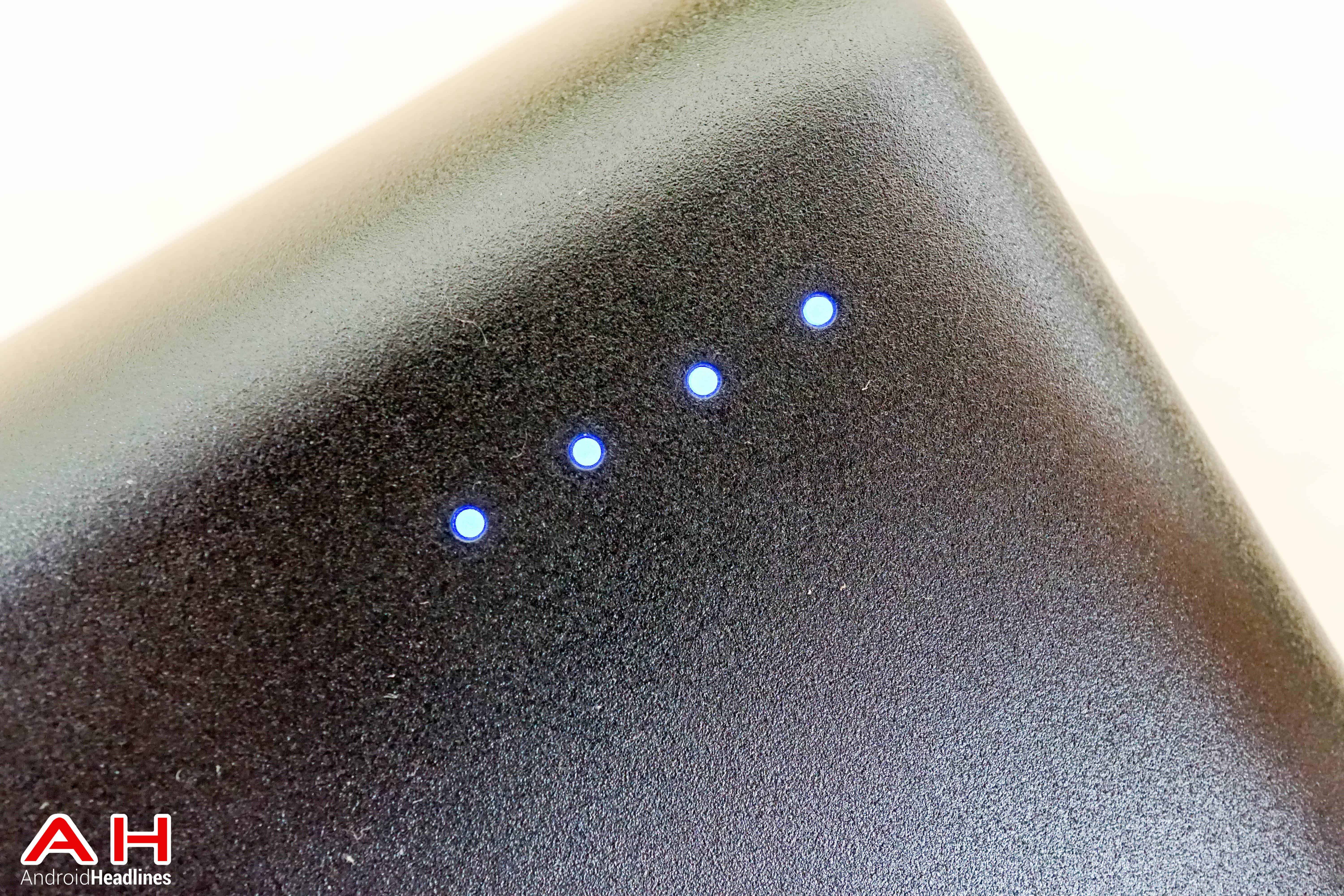 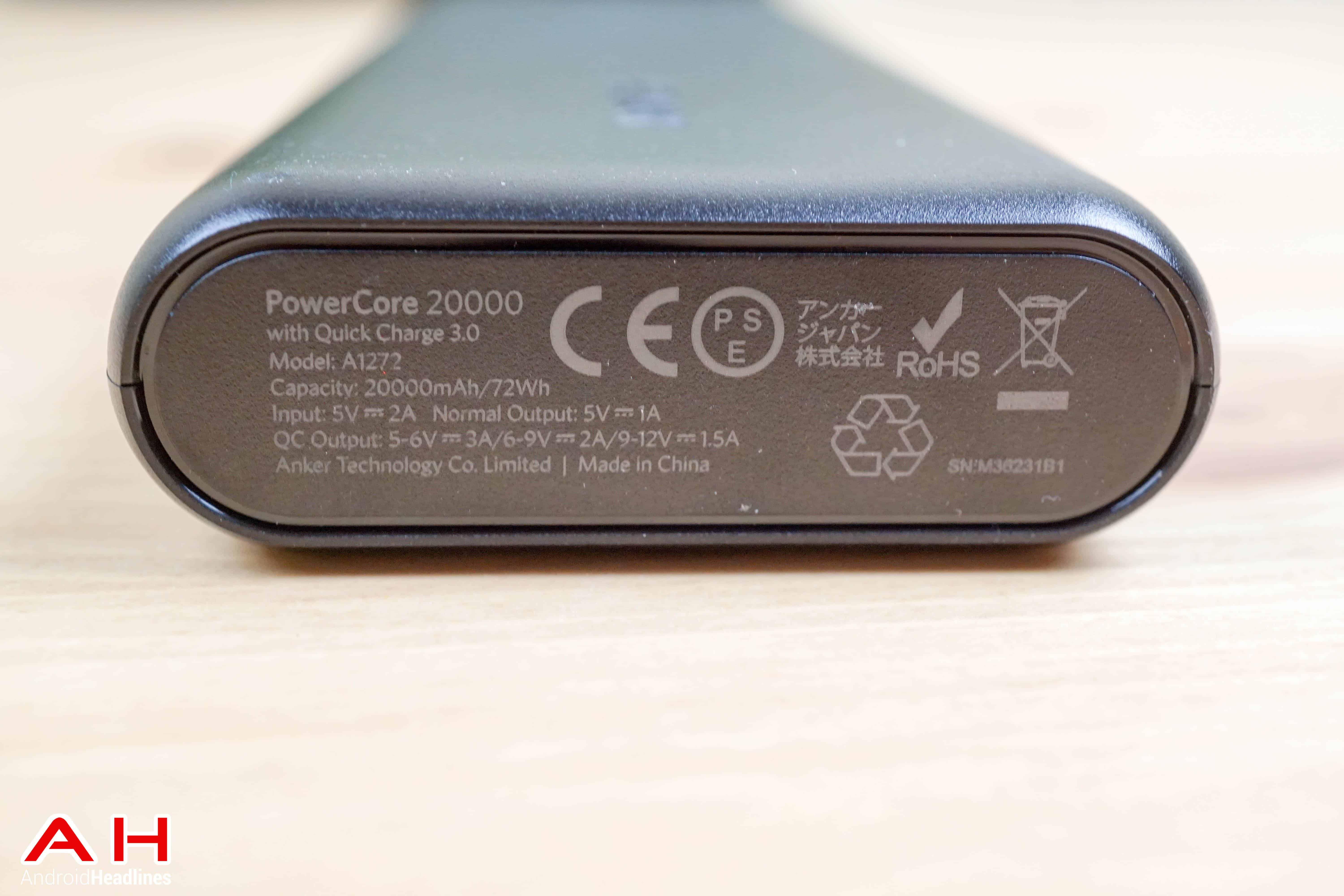 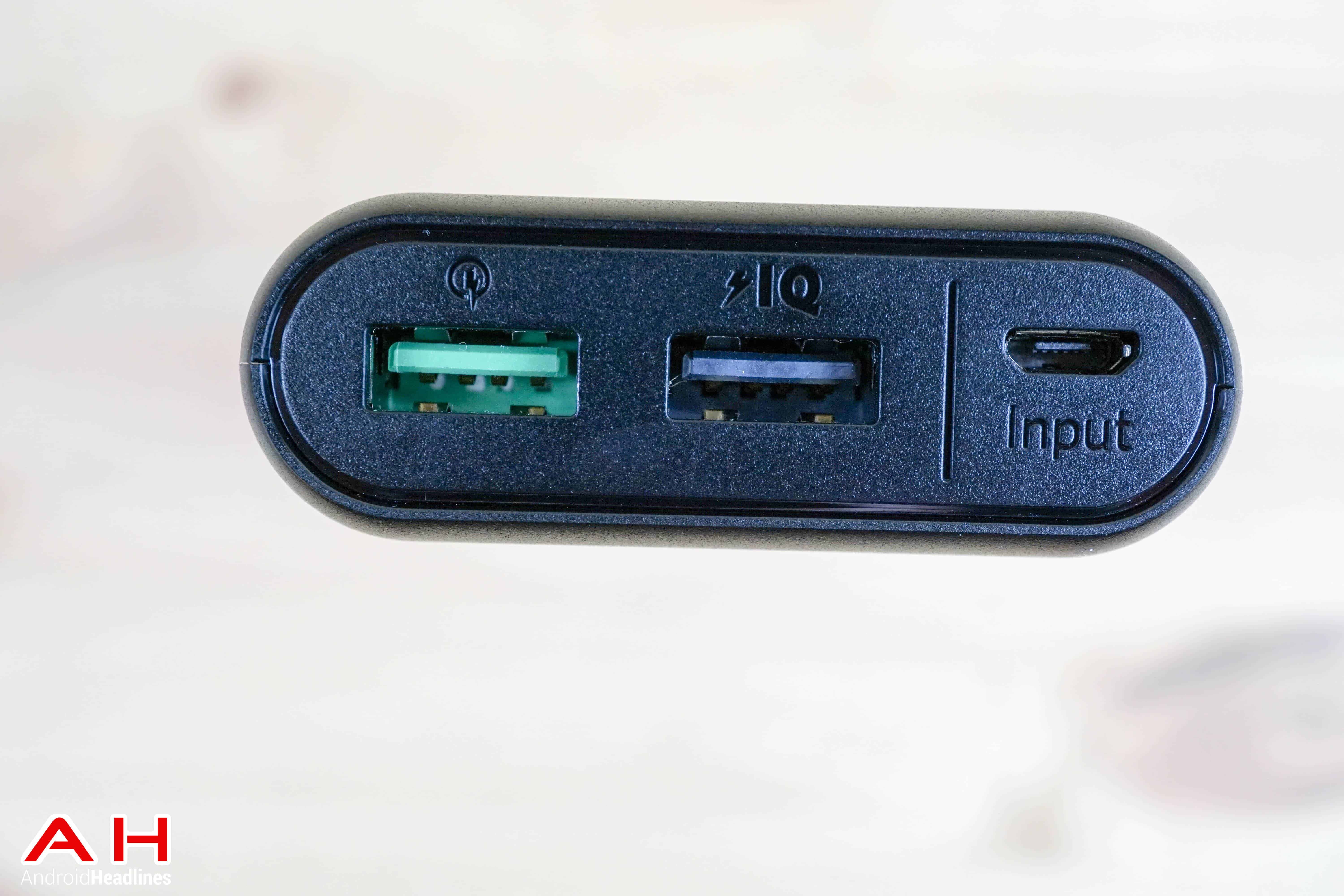