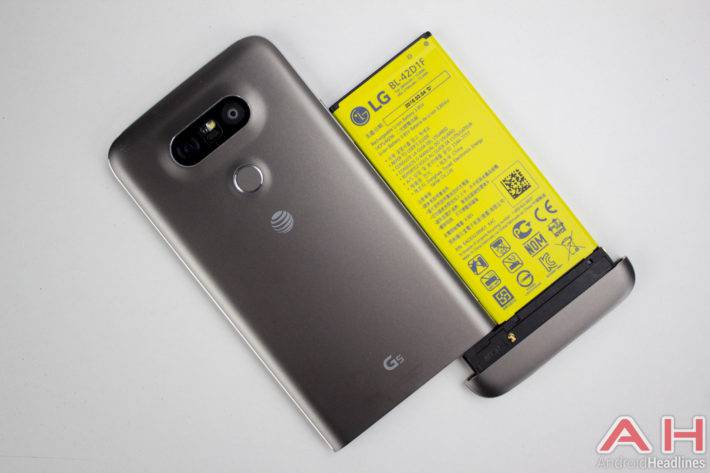 LG debuted its latest flagship, the LG G5 back at MWC this year and it was one of the few smartphones at the annual convention which really stood out, especially with its innovative modular design and sleek look. While South Korea-based LG might have been hoping to post large sales of its innovative flagship, it has turned out that won't be the case as LG has reportedly lowered its smartphone shipment target for the second quarter of 2016 recently.

According to South Korea's Aju Business Daily, the electronics manufacturer had originally estimated that it would ship between 3 to 3.5 million units of the LG G5. However, LG had overestimated this figure and the actual number of devices shipped during the quarter could be around the 2.5 million mark, at least 500,000 less than the original estimate. As a result, LG will show a loss of 128-130 billion Won  ($111-113 million) for the second quarter of 2016, compared to the loss of 202 billion Won ($175 million) for the first quarter of the year, which is quite a substantial improvement for the company. For total smartphone shipments, LG is looking to report a total of 15 million units for the second quarter, which falls short of its initial target of 16.5 million devices. As for the whole year, LG might only ship 5.5 million units of its LG G5, much lower than the 12 million units it had hoped to ship worldwide. It's important to remember that this report by Aju Business has yet to be officially confirmed by LG themselves.

At the moment, LG is the seventh largest smartphone manufacturer in the world, behind Samsung, Apple, Huawei, Xiaomi, Oppo and Lenovo. LG faces stiff competition from the likes of these smartphone manufacturers, especially Samsung, which has a strong foothold in its home country of South Korea, occupying the same space as LG. The Samsung Galaxy S7 and Galaxy S7 Edge have proven to be the LG G5's biggest competitor, having launched at the same time as the LG G5. The Samsung Galaxy S7 and Galaxy S7 Edge will reportedly ship 25 million units worldwide for the second quarter of the year, which is almost 10 times more than the 2.5 million units LG will reportedly be able to ship in the same time frame.