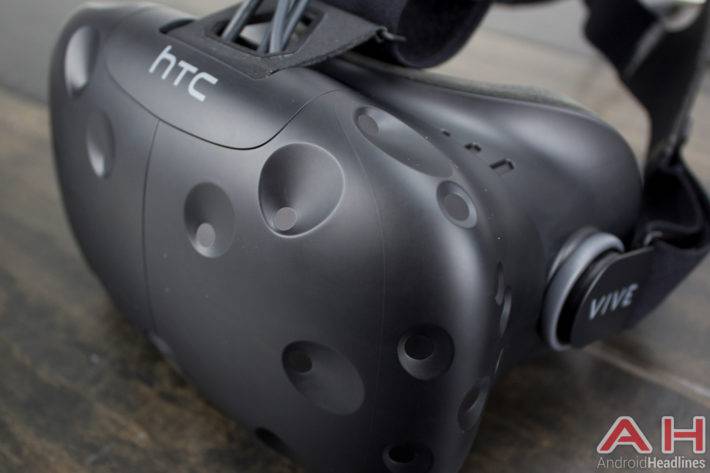 After what had been a fairly turbulent 2015 for HTC, the company does seem to have turned the corner a little this year. While it is debatable as to how much their latest smartphone, the HTC 10, has actually helped to turn that corner, the HTC Vive is another story altogether. This is the company's first real foray into virtual reality and it is one which they have taken their time with after going through various developer versions prior to the release of the final and finished consumer-ready product earlier in the year. About the same time though, there was some rumblings suggesting that HTC was planning to release VR PC bundles.

Two of the main downsides with Vive is that firstly, it is not a highly affordable product and secondly, it requires a PC to run and not just any old PC. As such those rumblings had suggested that HTC was looking to combine Vive with a PC purchase and sell the two components as a VR bundle. Effectively, ensuring Vive units are sold with compatible PCs and also offering consumers a way to save a little on the cost – presuming that is, you would be buying both at the same time separately. Following on from those early indications and a new report out of Digitimes today is looking to provide more details on the rumored bundles. First off, the report details that these bundles are happening. Secondly, the report details that the bundles will include HP PCs along with the Vive package. Thirdly, the report suggests the actual HP PCs will not come as HP-branded products and instead will be repackaged as Vive-branded PCs.

At the moment of course, much of this remains unconfirmed information with the same report detailing that HTC has not confirmed any of the details. In terms of the actual origins of the details, the report notes the information comes from "sources from the upstream supply chain". Interestingly, the report also does note that HP were not the only company HTC looked to form a partnership with in this respect, although deals with the other suggested companies failed to materialize, according to the details.