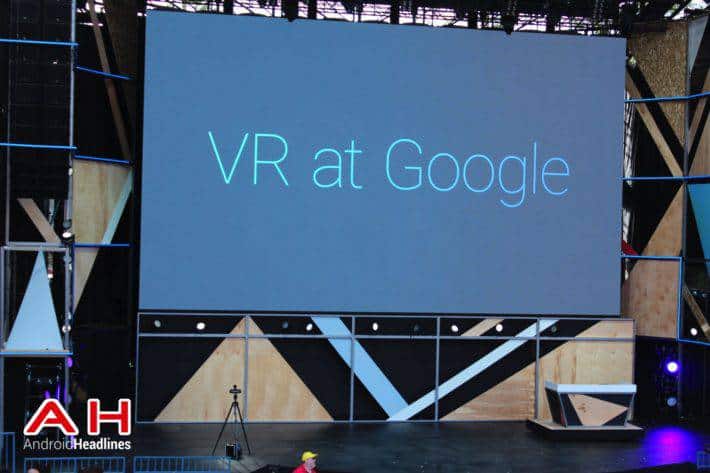 It is no secret that virtual reality, or more simply, VR, is a big thing. Whether consumers are able to buy VR-related devices or indulge in VR-related content seems largely incidental. Manufacturers and content providers from across the technology spectrum are greatly investing in the platform and that in itself is the clearest indicator of how big VR is and will be. One of those companies who is investing their time, effort and resources into VR, is Google. The company did already announce its unifying VR platform, Daydream, at this year's Google I/O event and at the same time also announced a proof-of-concept Daydream headset which will be released along with Daydream later in the year.

However, months ago rumors started swirling that Google was working on not one, but two virtual reality headsets. The first is presumably the already announced Daydream headset while the second was initially rumored to be more of a high-end and standalone VR headset. How high-end remained to be seen at the time, although a new report coming out of Recode today certainly implies that it would be high-end enough to rival the likes of the Oculus Rift and HTC Vive. That said, the same report also suggests that the momentum behind the project has somewhat lessened now. The information on this is said to come from "sources familiar with the plans" and clearly details that Google has shut down the project behind a high-end standalone VR headset. While it remains to be seen whether this is the actual headset that had been speculated upon earlier this year, it would stand to reason that it is likely to be the same headset.

It seems the reason for the project being shut down is that Google intends to focus much more heavily on the mobile side of VR, which evidently means Daydream. The operating system for the standalone headset is one which is said to be "unique from Android" and as such, the bigger picture of an expensive hardware product, a 'unique from Android' operating system and the surge in focus on Daydream are what is behind the shift of focus away from the standalone version. Of course, it is worth keeping in mind that this is an unconfirmed report at the moment.