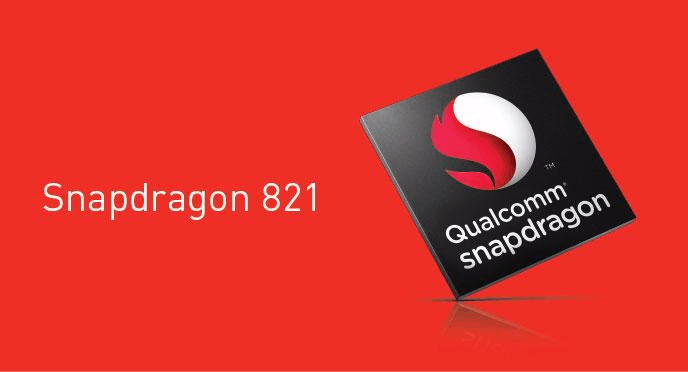 Qualcomm is promising a 10% improvement over the Snapdragon 820’s overall performance with the Snapdragon 821 and say that it will “extend the competitive strengths of our Snapdragon 800 lineup”. For smartphones, these improvements might not be felt immediately, but the whole point of issuing a new processor like this is to keep things moving along, to keep refining and perfecting things so that devices constantly get better. The advertized 10% speed increase over the Snapdragon 820 comes with an increase of the two high-performance cores to 2.4 Ghz, up from the previous max of 2.2 Ghz, while the low-power CPU cores can now reach 2.0 Ghz, up from 1.6 Ghz in the Snapdragon 820. Keeping the same arrangement of two high-performance Kryo cores with two low-power consumption Kryo cores to create a quad-core CPU, the Snapdragon 821 doesn’t change too much under-the-hood, it merely gets better. While there’s no word on whether or not a new GPU is being used, it appears that a GPU clock of 650 mHz is to be in effect, but it’s likely the Adreno 530 will continue to used, which is clocked at 624 mHz in the Snapdragon 820.

In their official release, Qualcomm states that the snapdragon 821 will appear in more than just smartphones and tablets, including self-driving cars, and even Virtual Reality headsets. We won’t have to wait too much longer to see this new and improved silicon hit devices either, as Qualcomm is promising a launch during the second half of 2016. Just how much better the Snapdragon 821 will be compared to the Snapdragon 820 in real life remains unclear, but any sort of improvement is always welcome in this field.