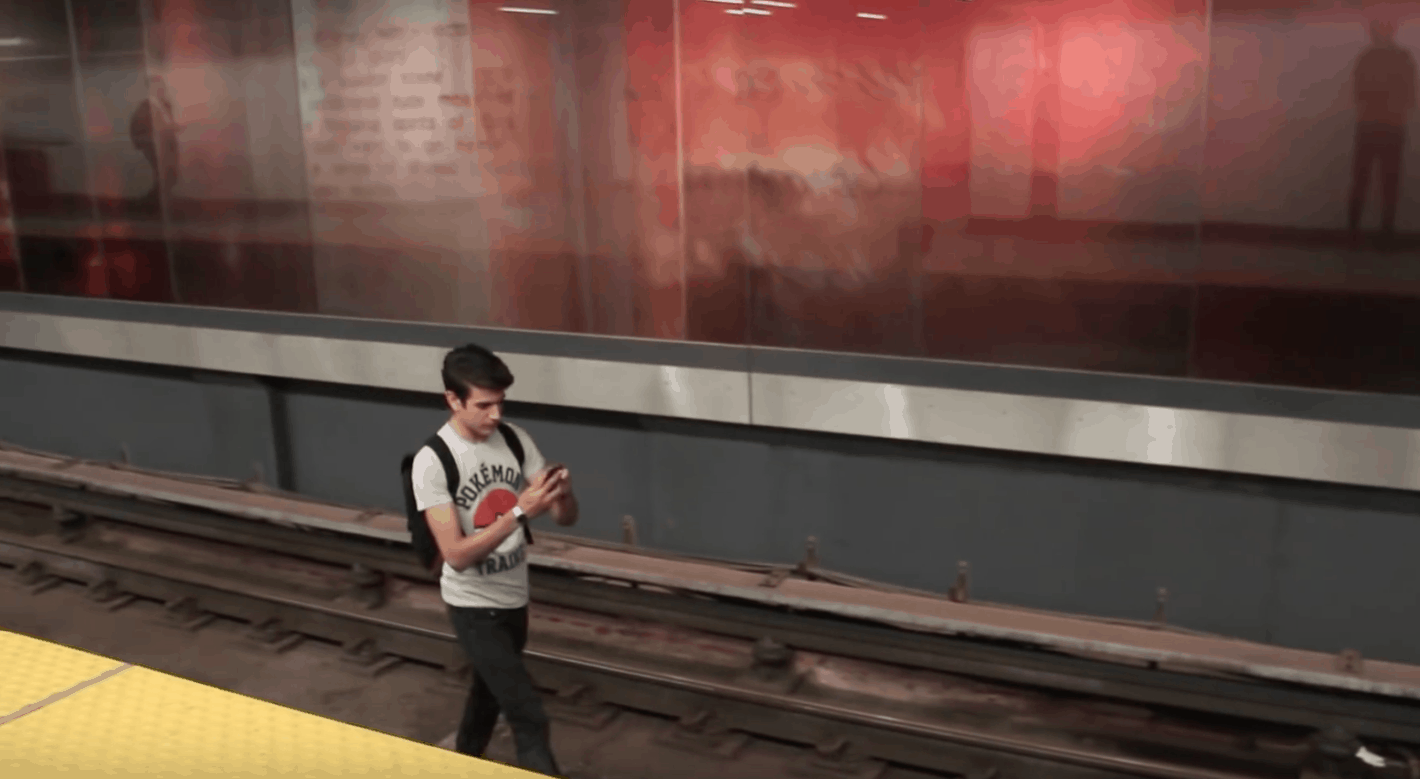 Pokemon GO has caused quite the stir since launching earlier this month (it launched in Canada earlier this week). There have been reports of players finding dead bodies, some falling of cliffs, and now it looks like a man in Toronto jumped onto a subway track to capture a Pokemon. This was all part of a video titled "Pokemon GO Problems", by "Noodle Boys" who are a Toronto-based production company, and the video is available on YouTube. The video in question here, shows a user playing Pokemon GO and definitely not paying attention to where he's going. Ending up in a lake (or some other large body of water), walking into windows, trash cans and much more.

The TTC's (Toronto Transit Commission) public relations manager, Brad Ross posted a few screenshots from the video, on Twitter. Stating "An incredibly dangerous stunt that could have results in death, serious injury or prolonged delay for 1000s. Not OK." Which is 100% true. This could have caused many delays for the TTC, not to mention serious injuries to this person or others that may have been on the subway.

As the game states when you power it up, you should always keep your head up and stay aware of your surroundings when playing Pokemon GO. There was a story this morning about a pregnant teen being run over, while playing Pokemon GO. It's definitely important to pay attention, as you shouldn't be putting your own life in danger, just to catch that Pikachu, or Charmander that might be in a hard to reach area, like the subway.

There's been many places of businesses asking Pokemon Trainers to stay out, like Sick Kids Hospital in Toronto, even if they are full of PokeStops. So it's quite clear that Pokemon GO has definitely become a popular game, and in such a short amount of time. Pokemon GO is only available in around 30 countries right now, and is compatible with both Android and iOS. However that is likely going to change very soon. Its creators, Niantic and Nintendo, are working on making it available in many more countries, including China.