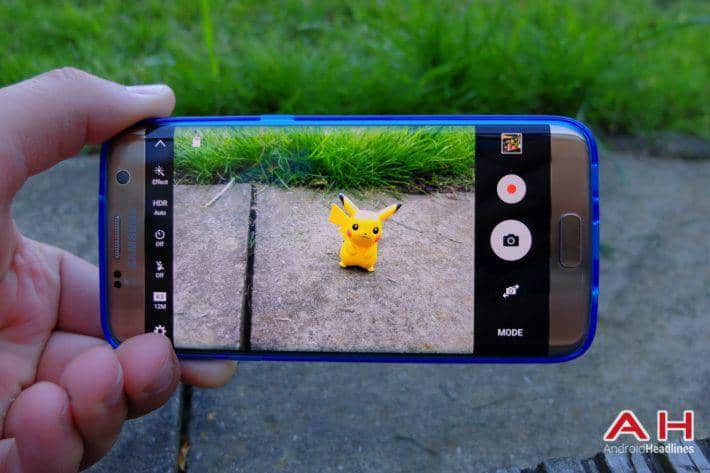 For those of you across the pond that have been sideloading the APK of Pokemon GO since this time last week, the wait is finally over, Pokemon GO has officially launched in the UK. It took longer than both Niantic and Pokemon fans across the pond would have wanted, but given the explosive success it's been enjoying in the US, it's no wonder they've had to push European launches back a little bit. Our friends in Germany have also joined the party, and more territories are bound to come online in the coming weeks. If you're not familiar with Pokemon GO, it's essentially a game that asks you to get up and get moving in order to catch some of the original 151 Pokemon that many reading this will have grown up with during the 1990s.

The Internet is awash with posts about the new phenomenon, and for good reason. Any game with the word "Pokemon" attached to it was always going to popular, but there was no way of knowing Pokemon GO was to be the massive, runway success that is has proven to be. The real question for now of course is whether or not Pokemon GO can keep this up, but right now it appears as though people are pretty happy with the current game. We've been using the game in the UK since it launched a week ago, and the Play Store version simply installs over the top of this, installing from the Play Store effectively updates your existing sideloaded APK to the official one. If you want to start fresh, you can uninstall your sideloaded APK and then sign in with your Google account or Pokemon Trainer Club account and everything should be just fine.

If you've yet to play the game for the first time, the button below will take you to the Play Store in the UK and give the option to install it for the first time. It's completely free to play, and given the game's overnight success, it's more than likely that your local area will already have a lot going on, as well as people nearby that have been playing for a lot longer than you might first realize.