Do we have a good one for you today – the new Sony Xperia X takes on the new ASUS ZenFone 3 Ultra. Both smartphones are made from metal and both are mid-range devices with one glaring difference – the Xperia X has a 5-inch display and the ZenFone 3 Ultra has a 6.8-inch display. Otherwise, we may find these two have quite a bit in common and much will depend on whether you want a small or large display. Let us look at what these two devices share before we look at each in more detail.

Although these two devices do have some things in common, one of them is not their size. The Ultra towers over the Xperia X in physical size, as well as display size and the Ultra is 80 grams heavier. The displays are both using the IPS LCD technology and both are only sporting a Full HD (FHD) display resolution. Both devices are running a 64-bit Snapdragon processor, but slightly different models, although they share an Adreno 510 GPU to handle the graphics. They both have a 64GB internal memory variant and both are expandable via a microSD card. The camera areas are very similar – in fact, the ZenFone 3 Ultra uses the Sony 23MP sensor. Both devices have Hi-Res audio built in for great headphone listening and both have dual speakers. They both have a fingerprint sensor if you count the international Xperia X model, but only the Xperia X can authorize mobile payments thanks to its NFC chip. Each has a non-removable battery with Quick Charge capabilities – v2.0 on the Xperia X and v3.0 on the Ultra. They have the usual suspects – WiFi, Bluetooth v4.2, GPS, an FM radio, and a USB port (microUSB v2.0 on the Xperia X and the newer USB v2.0 Type-C reversible) for charging, and data transfer.

Please take a deliberate look at the detailed Specifications Comparison chart below and here you will see just how these two great devices stack up against one another – click on the “View Full Comparison” link at the end of the chart to expand the details. After that, we will look at each individual device in greater detail and point out some of its pros and cons.  From all of this information, we will try to determine the winner based on specs and execution of design and functions. 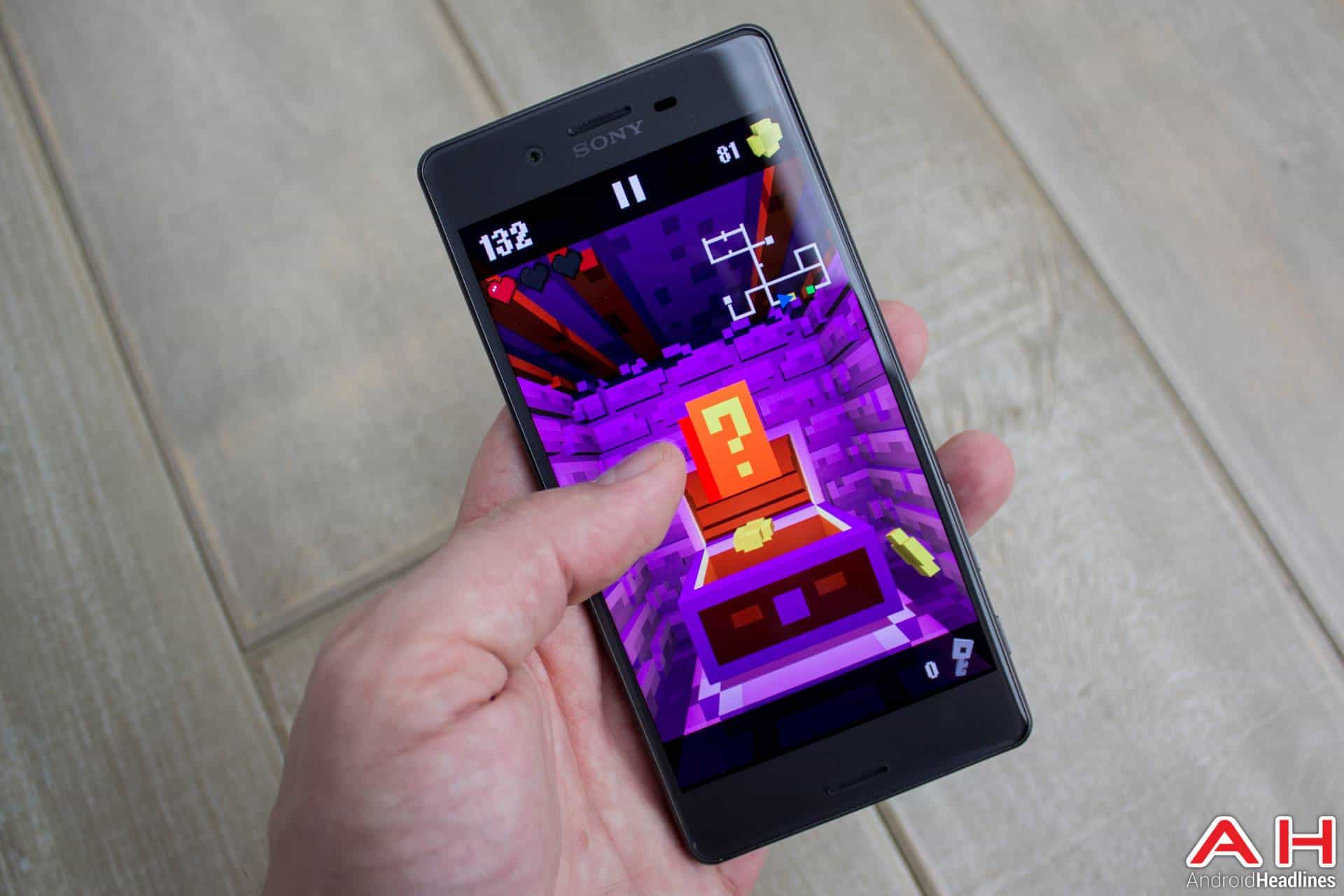 A Sony is a Sony is a Sony and the new Xperia X looks the part even with its ‘updated’ look. Sony has always had large bezels and still does. A Sony looks like a rectangle and the Xperia X does, although Sony did soften the sides slightly making it easier to hold over long periods. The metal used on the Xperia X has the look of plastic and even feels like plastic. Apparently, the change to the metal backing also lost the Xperia X its coveted IP68 certification against dust and water. Sony is putting out two versions – a US model in which Sony removed the fingerprint sensor, but then included one in the international version.

The Xperia X sports a 5.0-inch IPS LCD Full HD display with a resolution of 1920 x 1080 pixels, which works out to 441 pixels-per-inch (PPI.) Another Sony stubbornness is their refusal to switch to a Quad HD display when everybody else made the switch years ago. Sony went with a mid-range 64-bit Snapdragon 650 hexacore processor with dual cores clocked at 1.8GHz and a quad-core clocked at 1.4GHz. Because of limitations imposed by the Snapdragon 650 processor, it can only use the slower DDR3 memory and it is packing 3GB. The Xperia X comes with 32GB of internal memory, which is expandable to 200GB via a microSD card.

Sony continues to use its 23MP sensor, with an aperture of f/2.0, Phase Detection Autofocus (PDAF,) and LED flash. Sony did make some changes to the front-facing camera (FFC) from 5.1MP to a massive 13MP and gave it an aperture of f/2.0 and 22mm lens for excellent selfies and video chats. A 2620mAh non-removable battery with Quick Charge 2.0 capabilities supplies the power.

A few notes on the Xperia X – the Xperia X does retain the dual stereo front-facing speakers. While the Sony Xperia X, model F5121, is the US model and it does not have a fingerprint sensor, the model F5122, which is the International model does come with a fingerprint sensor. Since both of these models use the same spectrum, it should not matter which model you use in the US. It measures 142.7 x 69.4 x 7.9mm and weighs in at 153 grams. The full array of colors is White, Graphite Black, Lime Gold, and Rose Gold and the Xperia X will cost you about $550.

When ASUS designed their new line of ZenFone 3 smartphones they separated their specifications, but all are beautifully designed with all metal and the antenna lines hidden from view in the edges of the device. While the ‘Deluxe’ model is the flagship of the three – the ‘Ultra,’ gets its name from its mammoth 6.8-inch display. The ZenFone 3 Ultra is the model we will compare to the new Sony Xperia X – also a midrange model. ASUS started fresh from last year’s ZenFone 2 design with a new processor, more RAM, the new UFS 2.0 memory, and better camera area.

At first glance, the ZenFone 3 Ultra might be mistaken for a tablet with its massive 6.8-inch IPS LCD display and Full HD resolution of 1920 x 1080 pixels and 324 PPI. ASUS picked the midrange 64-bit Qualcomm Snapdragon 652 octa-core processor with a quad-core clocked at 1.4GHz and a quad-core clocked at 1.8GHz and then packed in an Adreno 510 GPU to handle the graphics. It boasts 4GB of slower DDR3 RAM (a restriction of the processor) and 64GB of faster UFS 2.0 memory but is expandable to 200GB via a microSD card.

ASUS wanted to compete with the ‘big boys’ in the photo department so they selected a large 23MP Sony IMX318 (sensor) with a f/2.0 aperture, 6-element Largan lens, and 0.03-second TriTech Autofocus, using both Laser and Phase Detection Autofocus (PDAF.) ASUS even went with a 4-axis OIS for more stability and then added a dual-tone flash. The ZenFone 3 Ultra provides a large 8MP FFC with a f/2.0 aperture and 85-degree wide-angle lens for selfies and video chatting. A large, non-removable, 4600mAh battery with Quick Charge 3.0 powers the device.

The ASUS ZenFone 3 Ultra did include a rear-mounted fingerprint sensor for unlocking the device but did not include NFC in the Ultra model so there will be no mobile payments. It has dual bottom-mounted stereo speakers. The Ultra arrives running Android 6.0.1 Marshmallow with the newest ZenUI 3.0 running over the top. The Ultra measures 186.4 x 93.9 x 6.8mm and weighs in at 233 grams. It is available in Glacier Silver, Titanium Gray, or Metallic Pink and it will cost you about $479 with 4GB of RAM and 64GB of memory.

This is a real tough one to pick, but I am going with the Sony Xperia X as the winner of this comparison – mostly because of the screen size. I think 6.8-inches is too large for an everyday driver and the smaller display allows for more PPI and a sharper display. The Xperia X has the nice front-facing stereo speakers for superior sound. Although the US model Xperia X does not have a fingerprint sensor, you can pick up the international model to use in the US – this will allow you to authorize mobile payments with the sensor. The ZenFone 3 Deluxe does not have NFC capabilities, so its fingerprint sensor will allow you to unlock the device and that is all.

The processors are about equal and the ZenFone 3 Deluxe does have 4GB of RAM and faster UFS 2.0, but both have expandable memory. The Specifications show that the ZenFone 3 Ultra has superior camera abilities and costs about $50 less.

It may sound like I am talking my way out of the Sony Xperia X – and if that ZenFone Ultra display was smaller and it had NFC, then I would pick it as the winner. This decision is yours – small display with mobile payments or large display with superior specs but not mobile payments.