Do we have a good one for you today – the new Sony Xperia X goes up against the new ASUS ZenFone 3 Deluxe. Both smartphones are made from metal and have a solid build, although the metal Sony used on the back looks and feels more like plastic. The metal on the ZenFone 3 Deluxe just looks better, and ASUS was able to hide the antenna lines in the edge of the device rather than across the back. The Sony Xperia X just does not have the specs to hold up to the ZenFone 3 Deluxe, but maybe it will fare better in the pricing department – making it a better bargain. Let us look at what these two devices share before we look at each in more detail.

The Sony Xperia X and the ASUS ZenFone 3 Deluxe do have a few things in common, but we have to go all the way to the display and point out that that both use the FHD resolution. Both use a 64-bit Qualcomm Snapdragon processor, but completely different models and even the GPU used by both are different. They both offer a 64GB variant and both have expandable memory via a microSD card. The Xperia X and ZenFone 3 Deluxe both use a 23MP sensor for their primary cameras and have Hi-Res audio for great listening through a set of earphones. Both sport a fingerprint sensor (international model of Xperia X), both have a non-removable battery, and both offer Quick Charge (v2.0 on Xperia X and v3.0 on Deluxe.) The have the usual suspects – WiFi, Bluetooth v4.2, GPS, NFC, and a USB port (v2.0 microUSB on the Xperia X and the newer Type-C reversible on the Deluxe.) 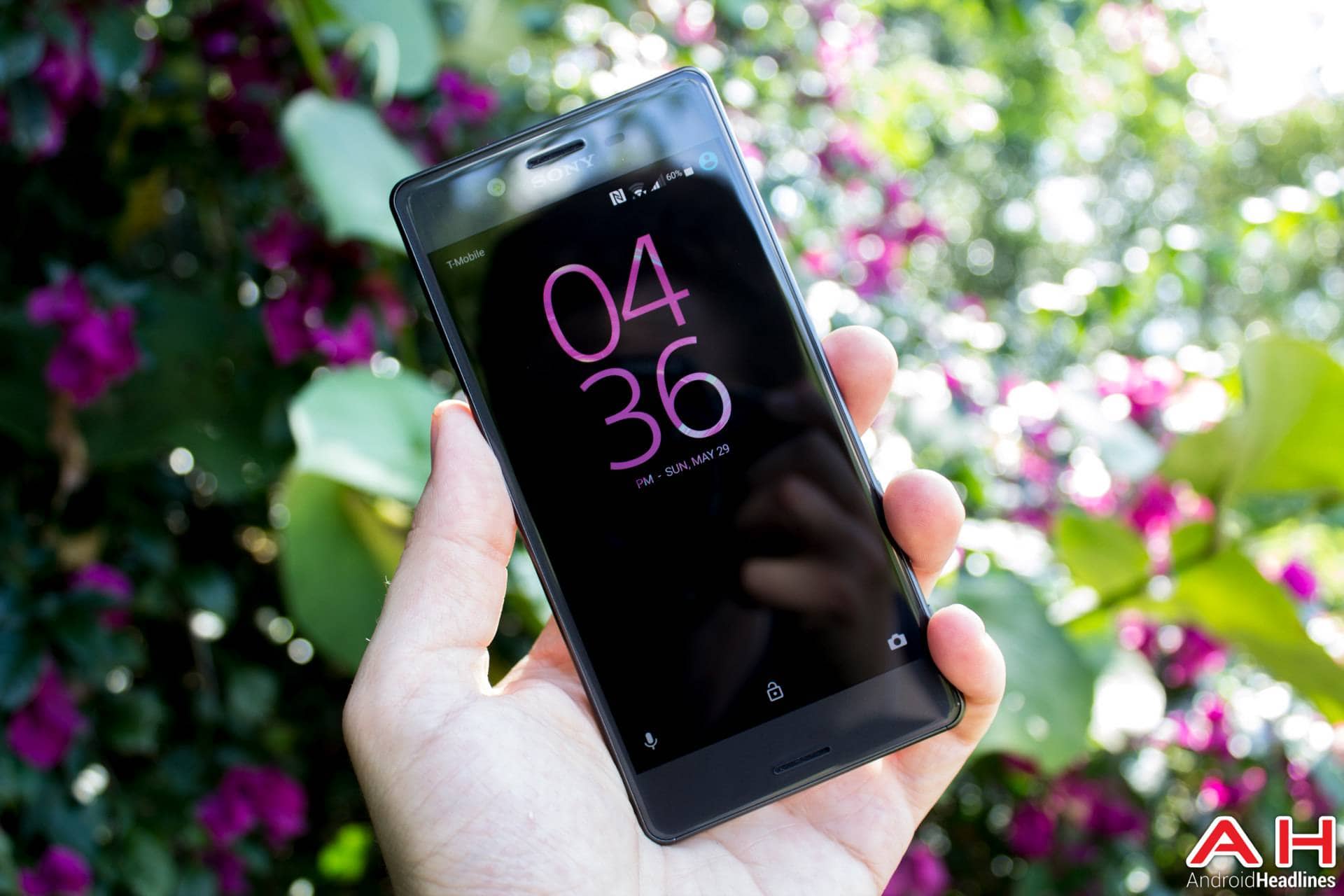 There is just something about a Sony smartphone – be it the rectangle shape, the large bezels on the top and bottom, or the FHD display resolution. These are not good things by the way but are trademarks that Sony has kept for years. This year they went from a metal and glass design to an all-metal design, but it still looks like a Sony – and to top it off, the metal looks and feels like plastic. Sony did round the sides a bit to make the Xperia X easier to hold. Another strange thing about Sony is the fact that they put out two models of the Xperia X – one for the US without a fingerprint sensor and an international version with a fingerprint sensor. Does that make any sense at all? The saving grace is that both models use the same bands, so you can just buy an international version and use it in the US.

The Xperia X still uses an FHD display – a 5.0-inch IPS LCD – with a resolution of 1920 x 1080 pixels, which works out to 441 pixels-per-inch (PPI.) Sony went with a mid-range 64-bit Snapdragon 650 hexacore processor with dual cores clocked at 1.8GHz and a quad-core clocked at 1.4GHz. Because of limitations imposed by the Snapdragon 650 processor, it can only use the slower DDR3 memory, and it is packing 3GB. An Adreno 510 handles graphics. The Xperia X comes with 32GB of internal memory, which is expandable to 200GB via a microSD card.

Sony carried over its 23MP camera sensor, with an aperture of f/2.0, Phase Detection Autofocus (PDAF,) and LED flash. In the front-facing camera (FFC) area, Sony did jump the 5.1MP to a huge 13MP, giving it an aperture of f/2.0 and 22mm lens for excellent selfies and video chats. A 2620mAh non-removable battery with Quick Charge 2.0 capabilities supplies the power.

The Sony Xperia X does retain the dual stereo front-facing speakers. Make sure you pickup an international version if you want the fingerprint sensor for authorizing mobile payments in the US. The Xperia X measures 142.7 x 69.4 x 7.9mm and weighs in at 153 grams. The colors Sony is advertising are White, Graphite Black, Lime Gold, and Rose Gold and the Xperia X will cost you about $550.

ASUS is known for PC computers and laptops, but as they see those markets shrink, ASUS is pursuing the smartphone market. The ASUS ZenFone 3 Deluxe is an excellent example of their efforts. The ZenFone 3 Deluxe has a beautiful all-metal body that they were able to hide the antenna in the frame of the device – no more lines on the back of the phone. They put in 6GB of DDR4 RAM and incorporated the new and faster USF 2.0 internal memory that Samsung introduced with their Galaxy S6 models. ASUS made great strides in improving their ZenFone line of smartphones this year, although we would like to see ASUS jump to a QHD display. However, the Deluxe model uses a Super AMOLED display that will offer better color contrasts and angled viewing.

The ZenFone 3 Deluxe sports a ‘phablet’ sized 5.7-inch Super AMOLED FHD display with a resolution of 1920 x 1080 pixels with a respectable 386 PPI. ASUS also includes the battery saving ‘always-on’ feature. For their top-of-the-line Deluxe model, ASUS chose the top processor available, the 64-bit Snapdragon 820 quad-core processor with a dual-core clocked at 1.6GHz and a dual-core clocked at 2.15GHz. They paired this up with the Adreno 530 GPU to handle the graphic demands. The model we are looking at is the 6GB DDR4 RAM with 64GB of expandable memory – Asus claims there will be a 6GB DDR4 model with 256GB of expandable memory.

The ASUS ZenFone 3 Deluxe also uses a Sony 23MP sensor and then ASUS uses their PixelMaster “technology that combines software, hardware, and optical design to deliver incredible image quality.” It has a sapphire crystal lens cover, an aperture of f/2.0, dual LED flash and 4-axis OIS, and 3-axis of EIS for incredible stability. The FFC is an impressive 8MP sensor with an 85-degree wide-angle lens for selfies or video chatting. A 3000mAh non-removable battery powers the ZenFone 3, and it utilizes Qualcomm’s Quick Charge 3.0 technology.

ASUS included a rear-mounted fingerprint sensor for unlocking the device as well as authorizing mobile payments thanks to its combination of NFC and Marshmallow. The ZenFone 3 Deluxe is running Android 6.0.1 Marshmallow and will use ASUS’ ZenUI 3.0 running over the top. It measures 156.4 x 77.4 x 7.5mm and weighs in at 170 grams. The colors available are Titanium Gray, Glacier Silver, and Sand Gold, and it will cost about $500 for the 4GB/64GB model. There is no pricing or availability yet on the 6GB/256GB variant. 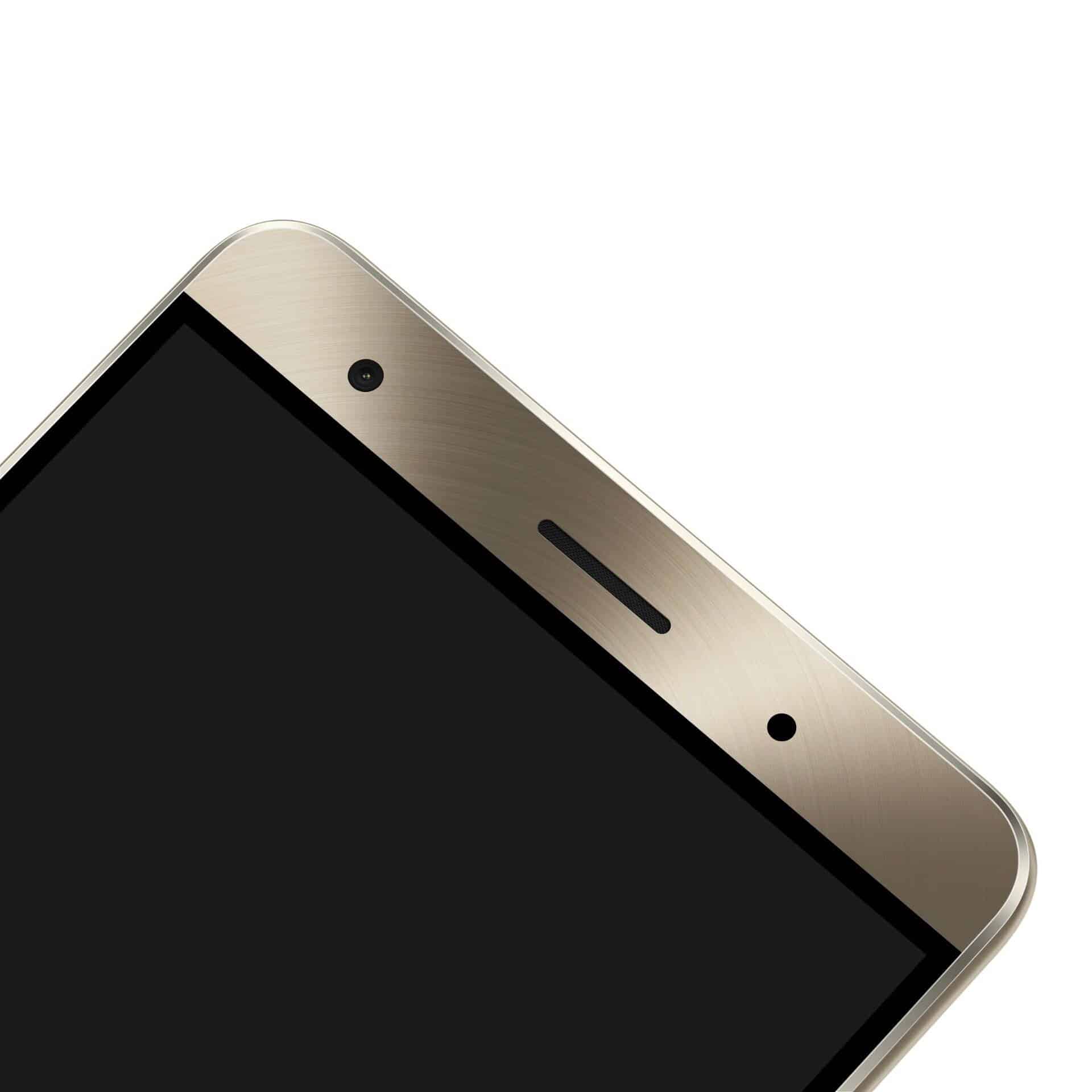 Sony has a 'reputation' of sorts in the smartphone community, and Sony seems to think that their devices are worth more money, when in reality, you are getting a lesser product. In this comparison, I cannot think of one good reason to buy the Xperia X over the ZenFone 3 Deluxe.