Do we have a good one for you today – the Apple iPhone 6S takes on the new OnePlus 3. We will admit that the iPhone 6S is almost a year old, but it is still the newest model being sold. We will also concede that this is an Android website, but we still need to know how the competition holds up to Android – especially because we usually juice the Apple. We have two all-metal devices that are quality throughout and look the part of a flagship smartphone. It is always extra fun for me when we compare our Android devices to an iPhone. Both devices serve the same function, but they go about it in a different manner. Let’s look for some common ground among these two devices and then we will look at each device on their own.

The Apple iPhone 6S and the OnePlus 3 have very little in common. The size of their display is different, so that makes their physical size different. They use a different screen technology and different display resolutions. They use different processors, different amounts of RAM, different GPUs – but they both offer a 64GB variant, and both do not have the option to expand their memory, although you can buy a 128GB iPhone 6S model. Both offer a great camera, but the iPhone is showing its age. The devices both have a fingerprint sensor that will unlock the device – the iPhone can use to authorize Apple Pay transactions, and the OP3 can be used for mobile payments and Android Pay. Both have non-removable batteries, but only the OP3 has a rapid charge feature. Both have some of the usual suspects – WiFi, Bluetooth v4.2, GPS, NFC (iPhone is for Apple Pay only), and both have a v2.0 reversible USB connector (different types) for charging and data transfer. 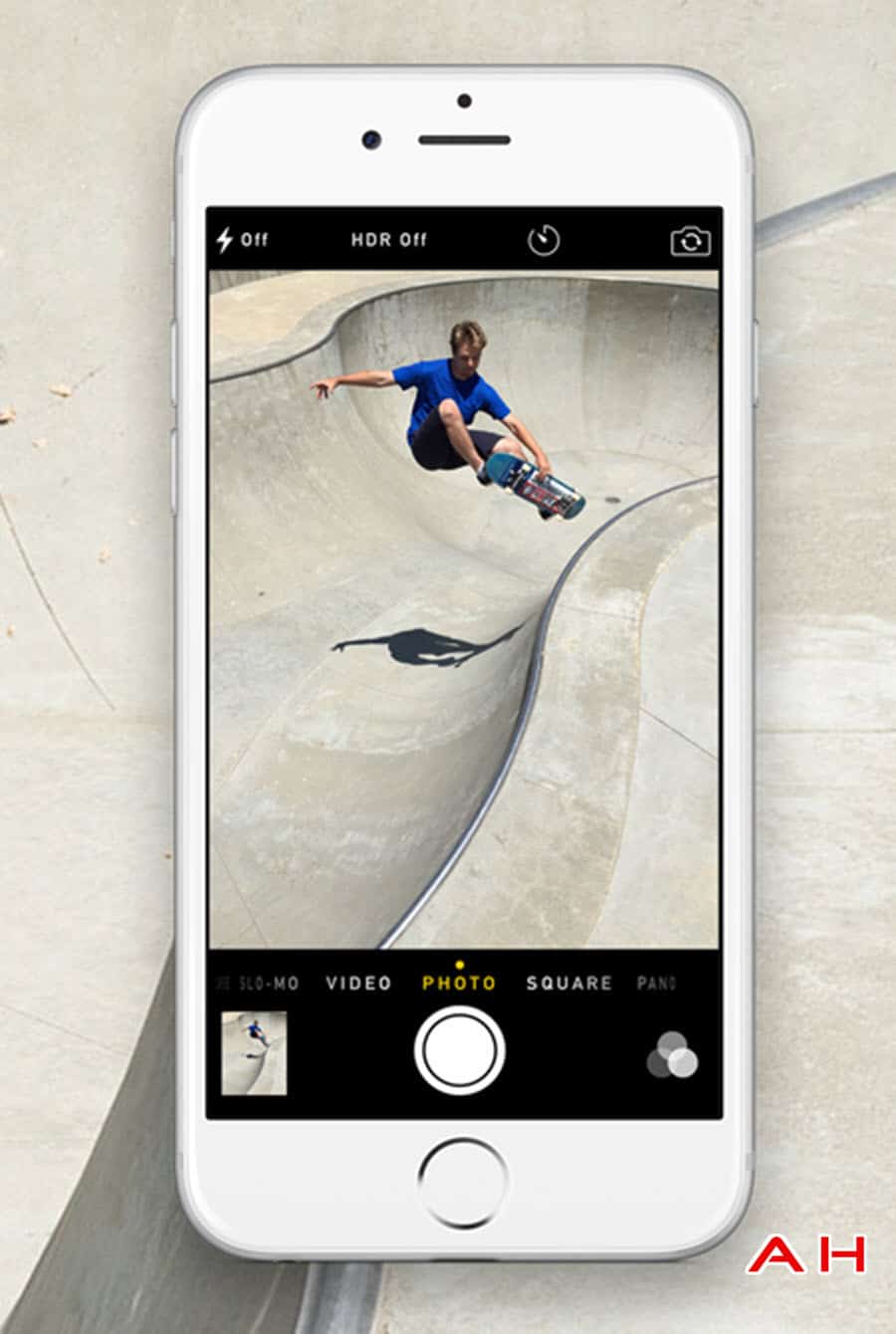 The Apple iPhone 6S is nothing more than a refresh on the iPhone 6 – not an entirely new device as Tim Cook would like you to believe. If you are a lover of all things Apple, you will probably like the 6S – the iPhone has always been about incremental steps. Apple did improve the aluminum body, gave it a new processor, updated camera, new video options and a 3D Touch Display. Even the most avid Android user cannot deny that the iPhone 6S is a beautifully designed smartphone with a solid build.

The iPhone 6S sports a 4.7-inch IPS LCD FHD display with a resolution of 1334 x 750 pixels and 326 pixels-per-inch (PPI) with their infamous retina display. The iPhone 6S gets a new 64-bit Twister A9 dual-core processor clocked at 1.84GHz – it is smooth and fast when operating Apple’s iOS, but then not much is asked of it in the way of multitasking. Apple does use a PowerVR GT7600 GPU that offers up fantastic graphics. The iPhone 6S comes with only 2GB of DDR4 RAM and a choice of 16GB, 64GB, or 128GB of storage with no means to expand.

Since there was an iPhone, Apple has always emphasized their camera – once top-rated for a while – and it continues to be one of its high points. Apple did its usual voodoo in the camera area by increasing the size of the sensor from 8MP to 12MP along with other tweaks here and there. It uses phase detection autofocus (PDAF) and a dual-tone LED flash but has no OIS on the 6S model – only on the 6S Plus. It has always been one of the best point-and-shoot mobile cameras on a smartphone – however, the Android flagships from Samsung, LG, HTC, and others have not only caught up to the iPhone cameras but have now surpassed them. The front-facing camera (FFC) on the iPhone is now a larger 5MP for social media selfies or video chatting. Apple allows video chatting with their FaceTime only unless both users download a third-party app such as Skype. One of the sore spots with an iPhone is its battery life – and the small, 1715mAh non-removable battery in the 6S does not help its cause. To top it all off, Apple does not even provide any rapid charge feature.

What does the iPhone 6S have the OnePlus 3 does not?  Its iOS is easy to use, runs smoothly and efficiently, but is rather boring and restrictive when compared to the Android OS with its customization capabilities and multitasking features. The iPhone must use Apple’s proprietary connectors, forced to use only Apple Pay and FaceTime video chat feature. I do not call those positive attributes. Apple did improve the photo and video options and added what Apple calls a 3D Touch display. This is where the display can ‘sense’ up to three different levels of pressure – press once to open up an app and then press harder within the app to go somewhere else. Android uses what they call a long-press, only the 3D Touch is more advanced. Pricing is another area where Apple is criticized, but they keep selling them. The off contract price of $650 for just the 16GB, $750 for the 64GB model, all the way up to $850 for 128GB. It measures 138.3 x 67.1 x 7.1 mm, weighs in at 143 grams and comes in four colors – Space Gray, Silver, Gold, and Rose Gold.

The OnePlus 3 is their best effort yet to taking on the major brands of the world, including Apple’s iPhone 6S. The only two places that OP3 disappoint are the lack of a Quad HD display and no expandable internal memory – but then neither does the iPhone 6S. The new all-metal design is very similar in looks to the rest of the OnePlus lineup and maybe a little ‘Appleish.’ The OP3 has a business look with no flash or real 'wow' factor. It is a well-built and robust design that feels the part of a flagship smartphone.

The OnePlus 3 uses a new 5.5-inch FHD Optic AMOLED display with a resolution of 1920 x 1080 pixels and roughly 401 PPI. OnePlus grabbed the newest Snapdragon 820 quad-core processor with a dual-core clocked at 1.6GHz and another at 2.15GHz. A very capable Adreno 530 GPU will pump out any graphics you can throw at it. OnePlus packed in a full 6GB of DDR4 RAM and 64GB of the faster UFS 2.0 internal storage, although there are no means to expand.

The new OP3 is using a new 16MP sensor, with fast PDAF (Phase Detection Autofocus), an LED Flash, a large f/2.0 aperture, and both OIS and EIS (Electronic Stabilization) for outstanding stability. The FFC camera increased from 5MP to 8MP with a f/2.0 aperture for better selfies and video chatting. Testing has shown it to be a capable performer – with more specs than the iPhone 6S. OnePlus decreased the battery from 3300mAh to 3000mAh in the OnePlus 3 and include their own rapid charging they call Dash Charge that will give you up to a 60-percent charge in only 30 minutes.

The OnePlus 3 has finally decided to include BOTH a fingerprint sensor and NFC chip on the same device, allowing the OP3 to authorize mobile or Android Pay purchases with a swipe of your finger – thanks to Marshmallow. What is so sweet about Android Pay is that the retailer does not have to purchase special equipment to accept payments from your phone – if they have the credit card machine where you can 'wave' your card over it, Android Pay should work as well. 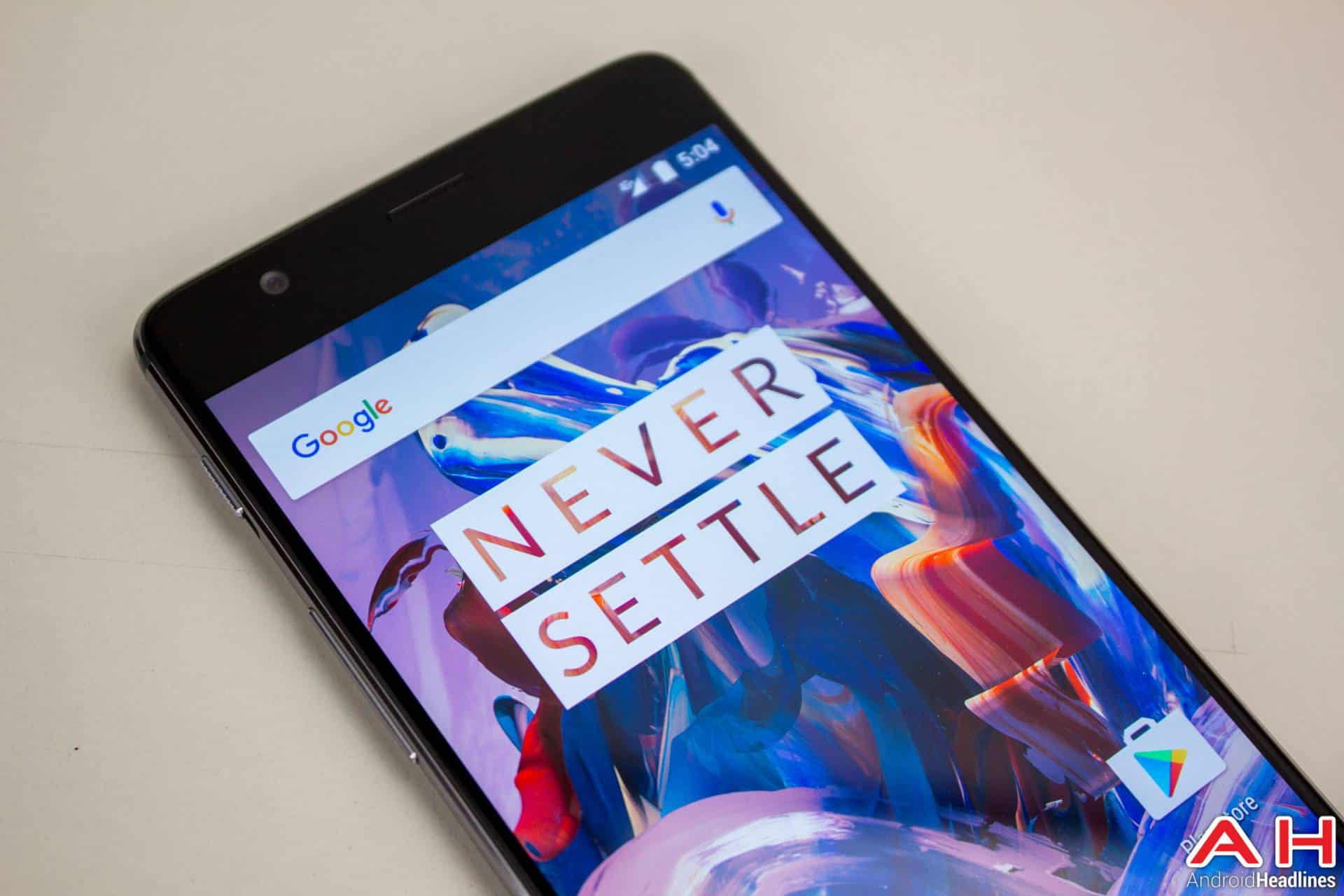 When comparing Apples to Oranges – or should I say Android – it is easy to assume that the Android device will win…and in this case, the OnePlus 3 is definitely the winner. It is the winner, not because of its Operating System, but because of its specifications and pricing.

Let us start with the display – the OP3 has the larger display, AMOLED technology, and more PPI. When it comes to a processor – the OP3 has the newest Snapdragon 820 and Adreno 530 GPU. The OP3 has 6GB of DDR4 RAM versus 2GB in the iPhone, and the 64GB of memory in the OP3 is the much faster UFS 2.0 version. The iPhone used to rule the roost when it came to smartphone cameras, but that was over two years ago – the Android phones, like the OP3, have long since surpassed the iPhone quality…just look at the DxOMark test results. The OP3 will not limit you to retailers that invested in specialized equipment for Apple Pay – go to almost any retailer that has Visa or MasterCard wave pay to make purchases with the OP3. The OP3 has a much larger battery and Dash Charge that will give you a 60-percent charge in only 30 minutes – try that with an iPhone 6S.

If you are deep in the Apple ecosystem, then the iPhone 6s might be the device for you. Apple’s iOS has its rewards – it runs smooth and fast, and you are guaranteed an update when available. However, it does not offer the flexibility of the Android OS – true multitasking, widgets that operate on the home screens, and the ability to use third party apps to replace Google's.