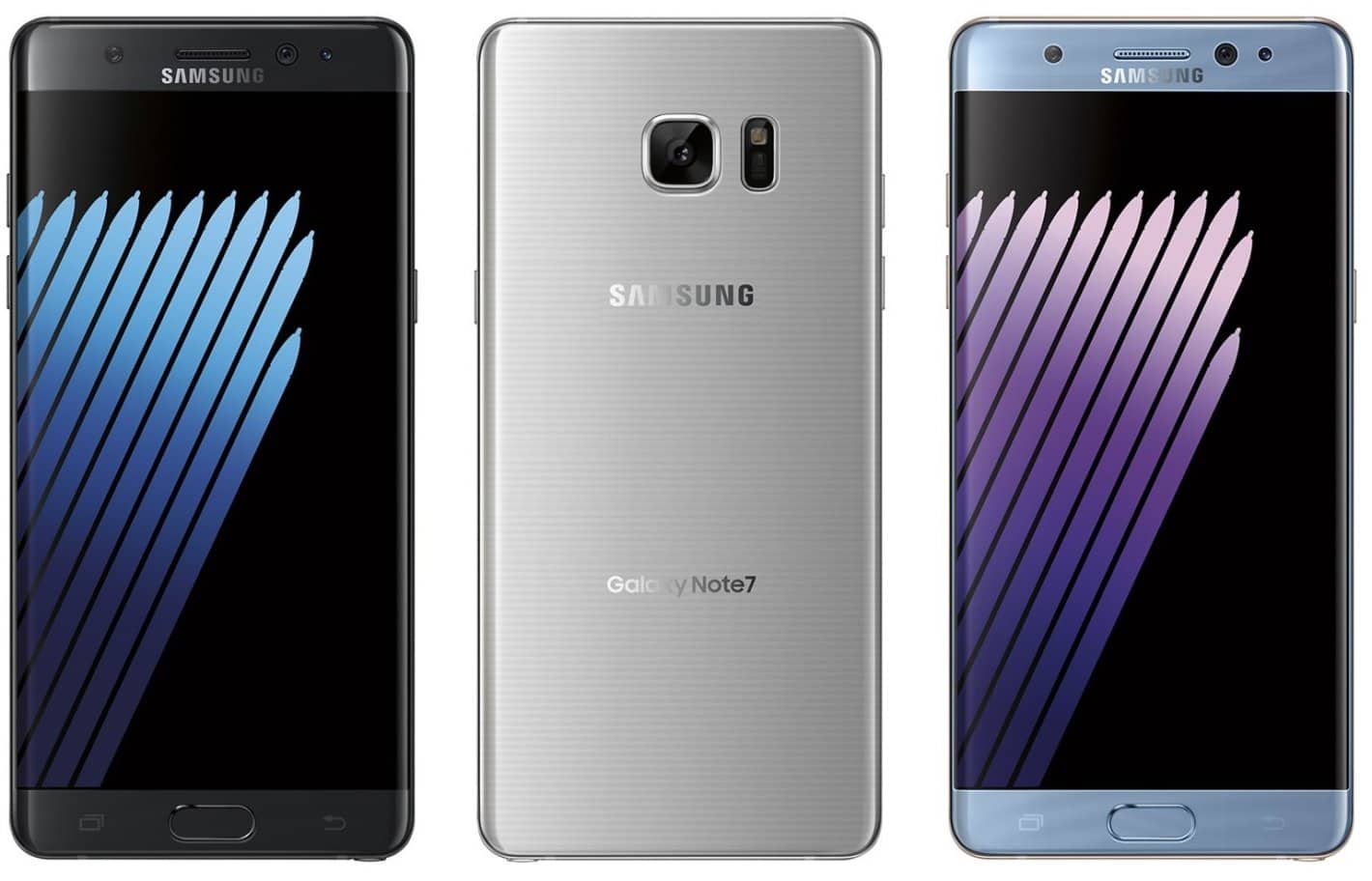 Samsung is due to hold their second Unpacked event of 2016 on August 2nd, which is coming up in just about a week. The reason for the event, of course, will be to announce the Galaxy Note 7 which will be the successor to last year’s Galaxy Note 5. Although there is nothing official about the Galaxy Note 7 just yet, much about the device has already been leaked giving the public most of the knowledge about what the phone will offer in terms of specifications and hardware, and they have painted a good picture of what features consumers will be able to expect should they be considering an upgrade to the Galaxy Note 7 after it launches. So far, the Galaxy Note 7 is shaping up to be an impressive device from design to functionality, and while not everyone is going to agree with this statement, the Galaxy Note 7 stands a good chance at being the biggest phone of the year in regards to success.

Of course, there is a decent chance that it won’t be the biggest phone of the year as well, as it does have some pretty impressive handsets to contend with. Both the Galaxy S7 and the Galaxy S7 Edge have been extremely popular for Samsung and are their “best yet” devices in terms of a well-rounded offering. There’s also the upcoming Nexus devices from Google and HTC that are rumored to get an announcement and a possible launch in the near future. Despite these things though, the Galaxy Note 7 still has plenty going for it which might help it come out as just a little bit more popular or successful than these other devices, including Samsung’s own early 2016 smash hits. The first and likely most obvious reason as to why the device is in the running for biggest phone of the year is simply because it’s a Samsung device. For years Samsung has been known as the top Android device manufacturer and they are one of the top smartphone vendors. They’re a massive, well-known brand and that alone will get the device recognition. On top of this, you can expect Samsung to market the device like it’s going out of style, as their marketing on products is fierce and unrelenting. Perhaps a slightly less obvious reason as to why the device will be a big hit is the S Pen, Samsung’s proprietary stylus that was designed specifically for the Galaxy Note devices. Over the years, the S Pen has evolved to include some pretty advanced features and functionality, and it’s only improved with each phone release. The same looks to be true this year too. 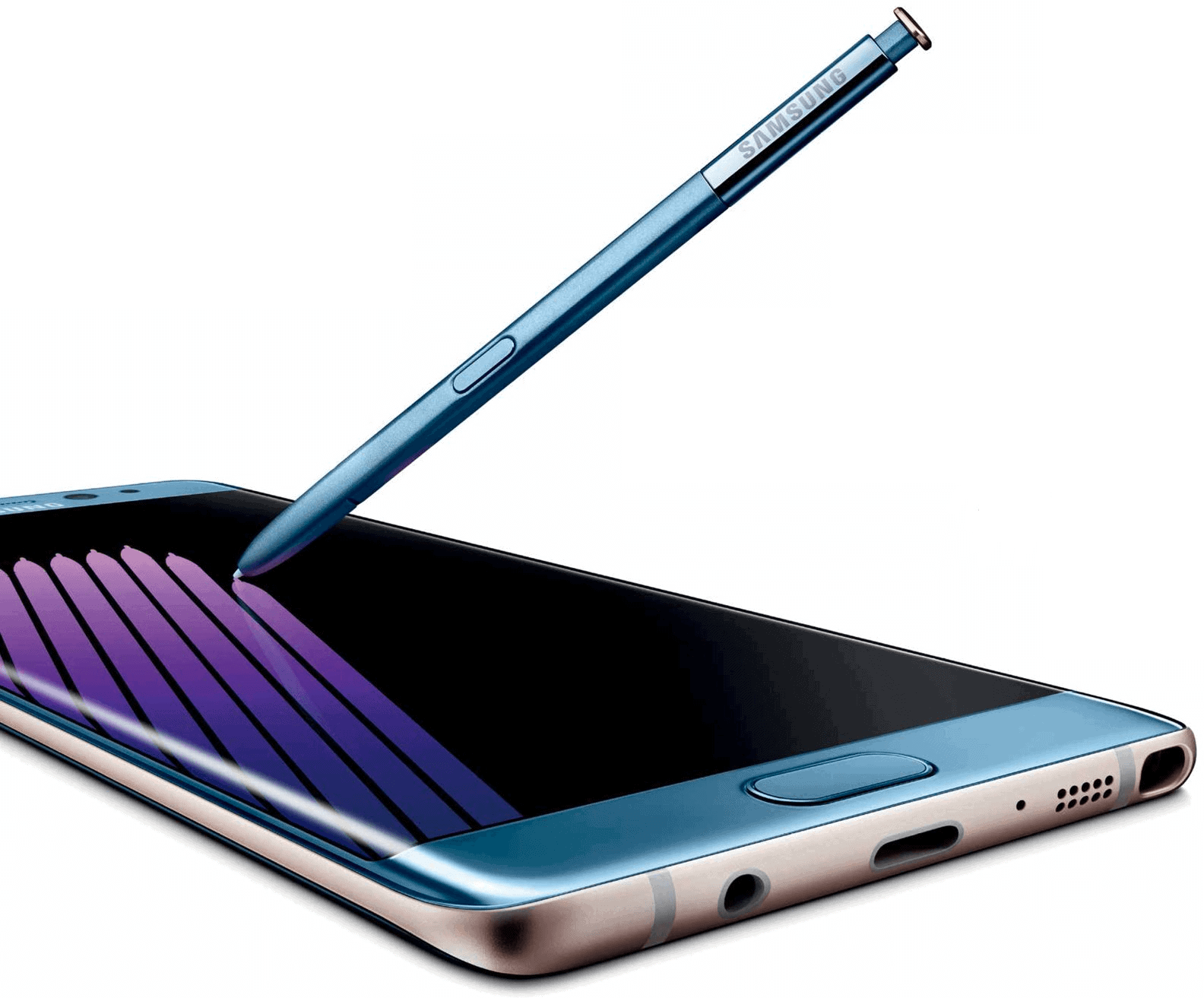 The S Pen is what makes each Galaxy Note a “Note” device in the first place, and naturally this is where Samsung places a lot of emphasis. Judging by the leaked images that have surfaced so far, the S Pen does not look to have changed a whole lot in the design department as it looks just like the S Pen from the Galaxy Note 5. It still appears to retain the “clickable button” that resides at the end of the pen which more or less unlocks it from the silo it sits in until it’s ready for use. Many if not all of the previous S Pen functions are expected to remain with the Galaxy Note 7, but it should also come along with some new functions that enhance the usability even further. Rumors peg the S Pen as being able to section off portions of the screen and record video, as well as create GIF images from those recordings fairly simply, and with what seems like a recent surge in GIF popularity lately, this could prove to be a hugely successful function of the S Pen. This feature is called Glance. It's also been stated that the S Pen will be water resistant and dust proof just like the device itself. There should be some other new S Pen functions as well, but those have yet to be discovered.

What might be the most talked about new feature of the Galaxy Note 7, although not necessarily what will make it the biggest device of the year, is the rumored iris scanner that Samsung is integrating into the device. New details of the iris scanner were reported by Android Authority on July 24th which also showcased screenshots of the option to enable it as an unlock method in the settings menu. While it may not be the unlock method of choice for all users, it appears that it will be a reasonably viable method, pending a few criteria, of course. The iris scanner will likely work best indoors where it is able to read the iris away from direct sunlight, and glasses or contacts may result in less successful use. The best part though is that Samsung seems to direct users to hold the phone about 25-35 cm away from the face, which means you won’t have to hold it uncomfortably close. Holding it at a distance that is just as normal for things like browsing or reading should help it appeal to more people. So while it might seem gimmicky to some, the Galaxy Note 7’s iris scanner has plenty of potential to be a big hit with users, and being the only major phone on the market that carries it will give the Galaxy Note 7 an edge in this particular category. 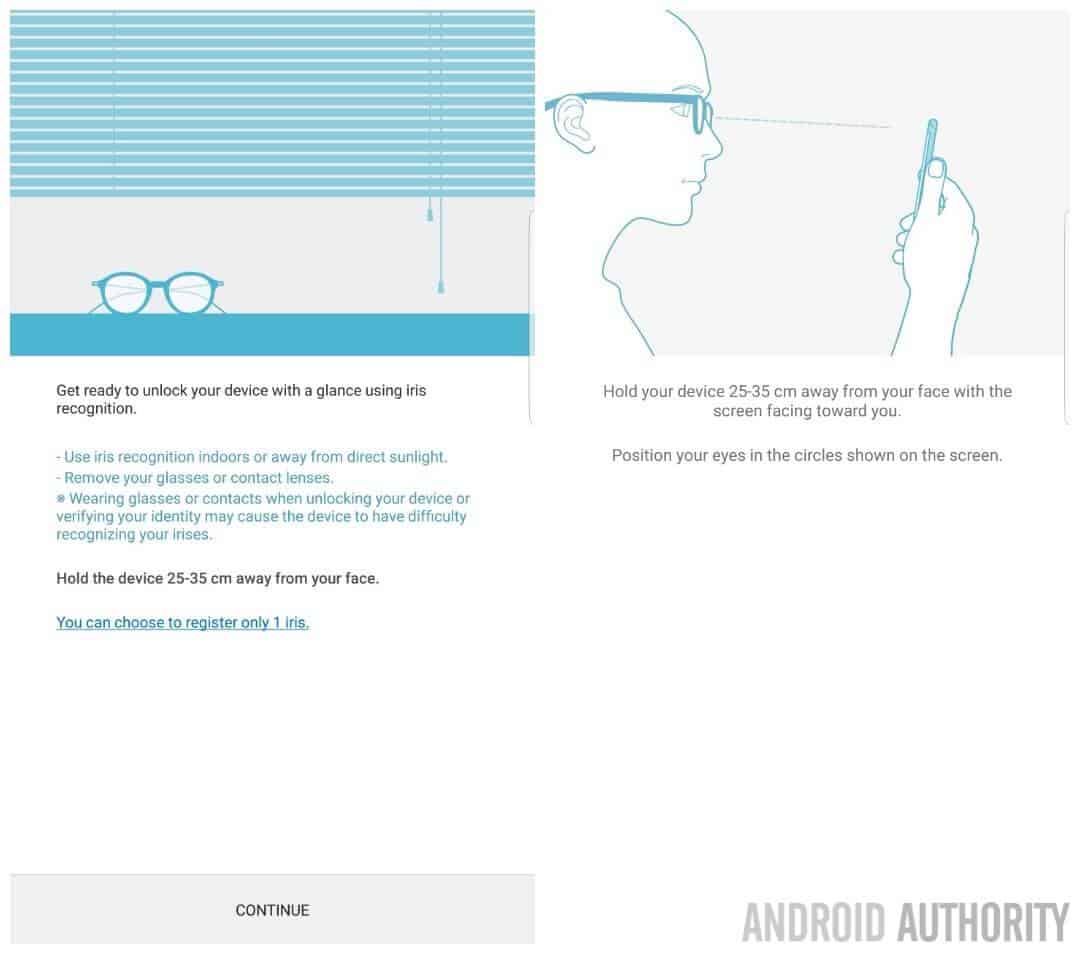 One thing to also consider is that each Galaxy Note has been more and more successful than its predecessor, and there’s no reason to suggest that the Galaxy Note 7 won’t end up with similar results. This could be especially true as the Galaxy note 7 takes heavy inspiration from the Galaxy S7 and Galaxy S7 Edge that were launched earlier this year, both of which have proven to be wildly successful phones for Samsung and have helped them rise back up from a drop in sales of their mobile devices. More specifically, it looks to take more inspiration from the Galaxy S7 Edge, as it’s been rumored and looks likely to carry a dual curved edge screen. While Samsung introduced the Edge on the Galaxy Note Edge before any other device, there has not been an edge variant in the Galaxy Note line since, as the Galaxy Note 5 featured a flat display. The edge feature of Samsung’s screens has been very popular and they serve quite a functional purpose that can make using the device more efficient, from edge notifications to quick access to apps, and even glanceable details like the time and date. With the option for an edge on either side on this year’s Galaxy Note 7, and rumored functionality between the edge part of the display and the S Pen, The Galaxy Note 7 could end up gaining quite a bit of praise. Another important display feature which is likely to help ensure the Galaxy Note 7 will be a contender for biggest phone of the year is the rumored use of Gorilla Glass 5, which Corning states can survive up to 80% of drops from shoulder height. As expensive as devices like the Galaxy Note 7 are these days, any extra protection is a good thing and the display is the most important part since this is how we interact with it. This will be a detail of the device which helps the Galaxy Note 7 stay relevant among other top phones this year if it indeed does carry Gorilla Glass 5.

Although details are not official, the Galaxy Note 7 appears to have a lot going for it including some unique features that may not be found on other phones for a little bit. It will of course have what are becoming standard across the industry, like the fingerprint sensor and high-grade cameras. It's very possible that it could hold a few features that are similar to the HTC Nexus Marlin and Sailfish devices, but the Nexus lineup has never ended up more popular from a sales figure standpoint than Samsung's flagship devices. Having said that, it is possible for the Galaxy Note 7 to fall behind other 2016 flagships too, and like most phone releases, a combination of the features, useful functionality, design, and price point as well as availability will all play a factor in how big the phone becomes this year.