The Galaxy Note 7 is shaping up to be the biggest launch of the year, as far as smartphones go. Part of that is due to the overwhelming success that the Galaxy S7 has had, since it launched in late February (made available in early March). Of course, the rumor mill has definitely helped build the hype for the Galaxy Note 7 which Samsung will be announcing at Unpacked on August 2nd. Some of the rumored specs for the device include a 5.8-inch Quad HD Super AMOLED display (that would be a 2560×1440 resolution panel, the same as the Galaxy S7, just a bit larger), a Qualcomm Snapdragon 821 processor with 6GB of RAM and at least 32GB of storage (there has been talks of a 64GB and 128GB model being available as well). The specs all look pretty decent, and about what you would expect from a high-end smartphone in the second half of 2016. Except the battery size. Reports are showing it as being a 3500mAh battery. Which is smaller than the Galaxy S7 Edge, which has a smaller display.

Think about it, the Galaxy Note 7 is going to sport a larger 5.8-inch display than the Galaxy S7 Edge. The resolution will be the same, but since it's a 0.3-inch larger display, it's going to chew up a bit more of that precious battery life. Not something that most of us will want, but will sacrifice because we want the larger display. Now the Snapdragon 821 isn't a huge change over the Snapdragon 820, so the processor should still perform just as well, in terms of sipping the power from the battery – instead of draining it. With the S Pen and its software, we shouldn't see much in terms of issues either. Since that software doesn't use much battery, but it is something that the Galaxy Note 7 has that the Galaxy S7 does not. All that with a smaller battery. While that may not equate to bad battery life, it could definitely be better, and consumers should definitely expect better from Samsung, especially if the rumored pricing is anything to go by.

However, it's also important to remember that the battery is typically one of the last things that goes into a smartphone, when it's being built. By the time engineers get around to putting a battery into the smartphone, the rest of the phone is already built, for the most part. That includes how thick the device will be, what materials will be covering the back of it. As well as where all the components inside the device are. Like the processor, camera, headphone jack, charging port, RAM and everything else. This is why we are seeing smartphones like the Moto Z coming out with a tiny 2600mAh battery inside. The battery is basically the glue that holds everything together, inside, since it takes up whatever space is left.

Looking at this from Samsung's perspective, they may be putting in a smaller battery to force users to upgrade more often. Right now, most people aren't upgrading every year. Instead they are upgrading every two years and some are waiting three years before buying a new smartphone. That's not what Samsung wants to hear. They want to see you upgrading your phone each and every year. In fact, if you upgrade twice a year, they would be even happier. But how does that relate to the battery? Well the Galaxy Note 7 will have a non-removable battery. Batteries typically only have around 400-500 charge cycles before they need to be replaced, because they can't hold a charge any longer. After around 6 months, the battery life on most lithium ion batteries start to decrease. So what was once a great smartphone with great battery life, becomes a great smartphone that always needs to be plugged in and charged. This is what forces people to upgrade. Since they can't just pop out the battery and pop in a new one, unfortunately. While this is a long shot, it could be part of Samsung's decision.

Now of course, we could be wrong. The battery isn't that much smaller, and the display isn't that much bigger than the Galaxy S7 Edge. But that would mean that Samsung did some pretty good software optimization to make the battery last even longer. Something that every manufacturer definitely needs to work on. Software optimization can go a long way, in terms of battery life as well as performance. Just take a look at those smartphones running the Snapdragon 810 last year. Some were a hot mess, while others performed beautifully, like the Nexus 6P from Huawei and Google. Hopefully, the Galaxy Note 7 does have superb battery life. It's one of the features that users have loved so much about the Galaxy Note lineup (besides the larger display and S Pen stylus). 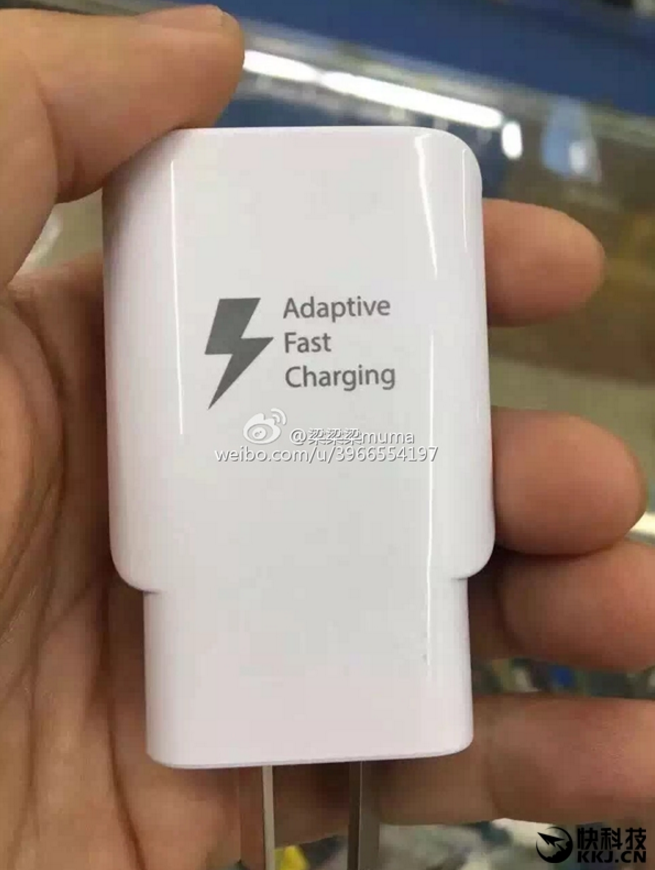 It won't be long before we know for sure that the Galaxy Note 7 has either good or bad battery life. As the device is being announced on August 2nd, and is slated to be available shortly thereafter. We'd also urge you to take the numbers that Samsung puts with the battery size, with a grain of salt. Manufacturers always seem to say that the battery can last you a good day or so. But in actuality, that's not always true. Take Motorola for example with the original Moto X. They said it could get 24 hours on a single charge. While mostly everyone that owned the Moto X 2013 was charging their smartphone at least twice a day. Luckily, the Galaxy Note 7 will likely sport Quick Charge or their Adaptive Fast Charging solution – this will depend on whether it's sporting a Qualcomm or Exynos chipset, which also depends on the region.

Trusted By Millions
Independent, Expert Android News You Can Trust, Since 2010
Publishing More Android Than Anyone Else
1
Today
145
This Week
373
This Month
373
This Year
101868
All Time
Advertisement