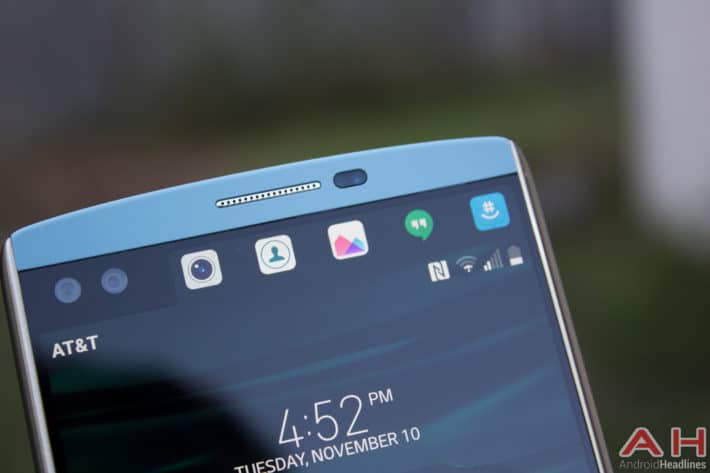 The LG V10 was one of the most interesting smartphones introduced last year. This smartphone was announced back in October, and it was, in a way, LG’s second flagship of 2015. The LG V10 was a rather odd smartphone as it sported two displays, the main display, and the secondary ‘ticker’ display above its regular panel. The ‘ticker’ display actually had its own drivers and it sported the always-on functionality, which essentially not only gave you always on shortcuts for your favorite apps, but also notification information, etc. The ‘ticker’ display had plenty of options of its own, and the V10 was, in all honesty, a breath of fresh air back when it was announced. In addition to everything mentioned, the phone sported a metal frame, and was sturdy all around.

That being said, the LG V20 rumors have been popping up for quite some time now, even though the rumors did not really reveal all that much info about the device itself. We knew that the phone was due to be announced in Q3 or Q4 this year, but did not have any official info regarding this device. Well, LG has decided to go official, and basically announce that the LG V20 will land in September, and that the device will ship with Android 7.0 Nougat out of the box. As already mentioned, this announcement is official, LG Korea shared this info on the company’s official website. “V20 will run the latest Android OS, making it the first among the newly released smartphones. V20 is expected to set new standards in the premium phone with more expanded multimedia capabilities,” said Jojunho, the President of MC Business Division at LG Electronics.

Considering the fact that the LG V10 sported a 5.7-inch display, the LG V20 might actually ship with such a panel as well, which means this will be a phablet. The device will, quite probably, ship with the Snapdragon 820 64-bit quad-core SoC out of the box, along with 4GB or 6GB of RAM on the inside. The phone will sport two displays, of course, though we still don’t know what to expect in terms of its build, though chances are it will differentiate quite a bit from the LG G5, not only because we’re looking at a separate line of devices here, but also because LG hasn’t really been selling a lot of G5 units, to say the least.