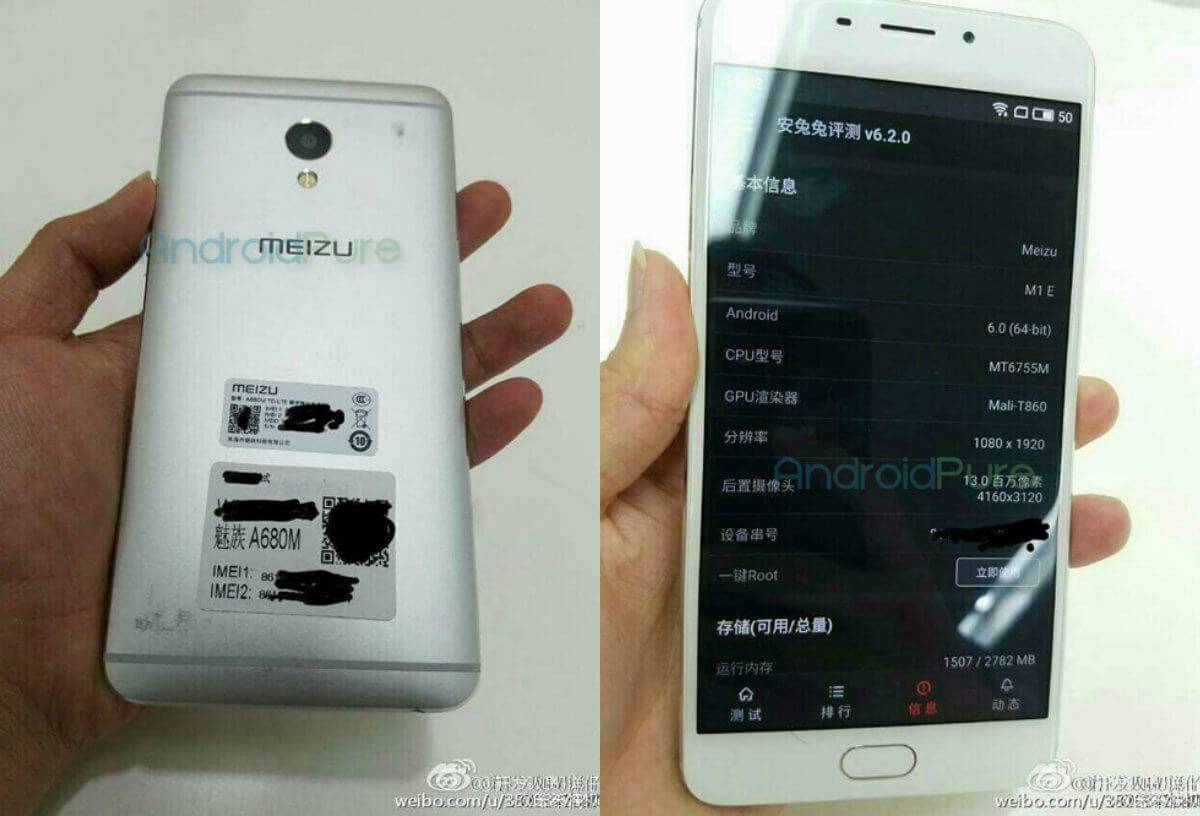 Meizu has managed to become a rather important player in the Chinese smartphone world over the last couple of years. This China-based company has managed to sell 20.5 million smartphones last year, which actually represents a huge increase over 2014 when they were able to sell ‘only’ 4.4 million units. Meizu had introduced several devices this year, including their PRO 6 flagship, and the MX6 handset which arrived quite recently. Meizu is, however, expected to introduce yet another flagship later this year, and more or less everyone expected it to be called the Meizu PRO 7 and ship with Samsung’s Exynos 8890 SoC, but that might not be the case, read on.

Reports surfaced quite recently claiming that Meizu plans to introduce a whole new line of smartphones, the ‘E’ line. The letter ‘E’ allegedly represents the ‘Exynos’ SoC, and in this case, we’re looking at the 64-bit Exynos 8890 built using a 14nm manufacturing process. Now, these rumors started popping up quite recently, and now we actually get to check out the alleged Meizu M1E smartphone. If you take a look at the phone down below, you’ll get to see the leaked device, which, in all honesty, looks like a number of other Meizu-branded smartphones. This device does not have a curved display on the sides, and its back side is easy to recognize (Meizu has used this design before), and the multifunctional mBack physical home key is back as well. Previous rumors said that the Meizu PRO 7 will sport a curved display and sports the Exynos 8890 SoC, but it seems like that phone might be fueled by the Helio X25 64-bit deca-core SoC, and the Meizu M1E might ship with the Exynos 8890. Well, these leaked images don’t exactly agree, if you take a look at the processor version in one of the shots down below, you’ll get to see that the MediaTek MT6755 (Helio P10) is listed as the SoC of choice here (along with 3GB of RAM and Flyme 5.2.1 OS), and this is actually the 64-bit octa-core processor, and it’s a mid-range SoC.

All of this sounds really confusing, but it seems like the ‘E’ line of smartphones might actually represent Meizu’s mid-range units, and not the company’s high-end Exynos-powered devices. Either way, we’ll see what happens, and we’ll see what happens in the coming weeks, more info will surface for sure. 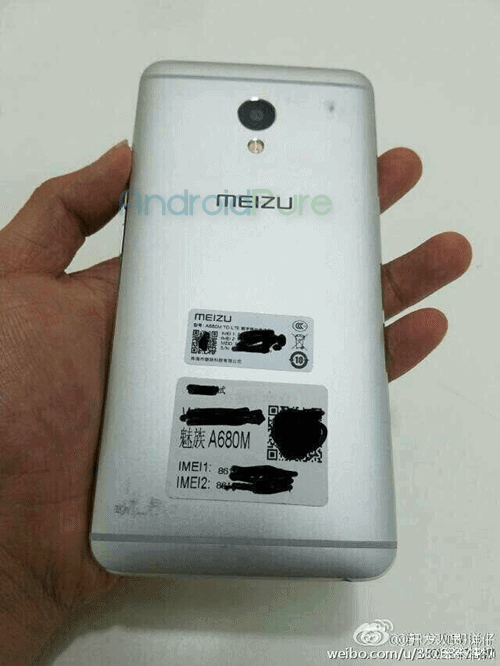 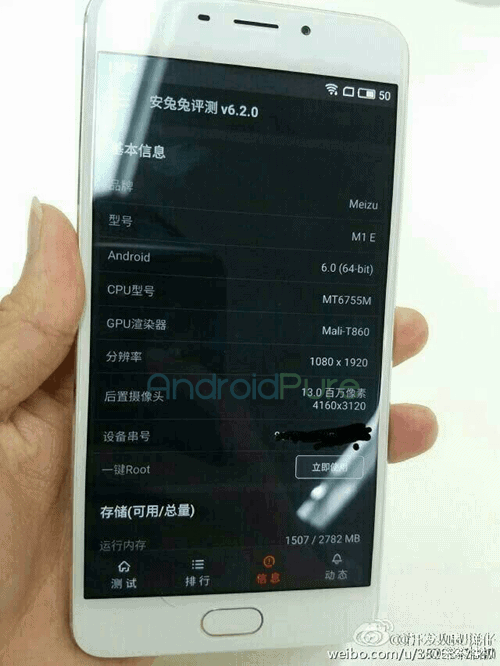 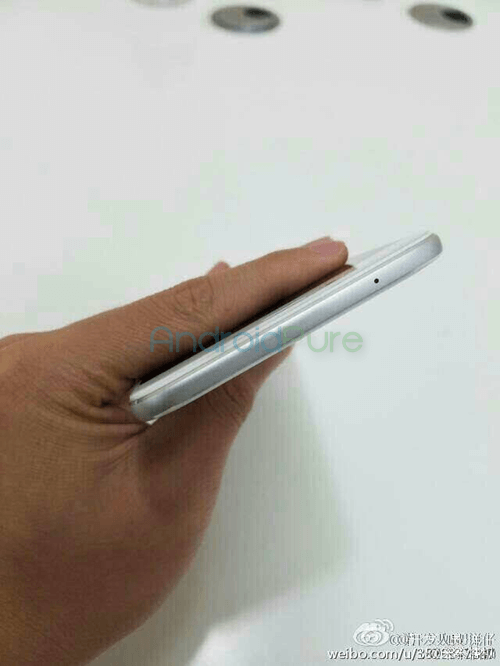 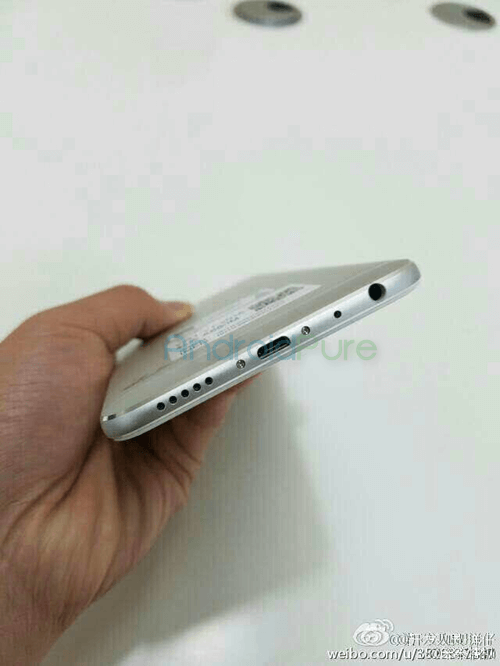 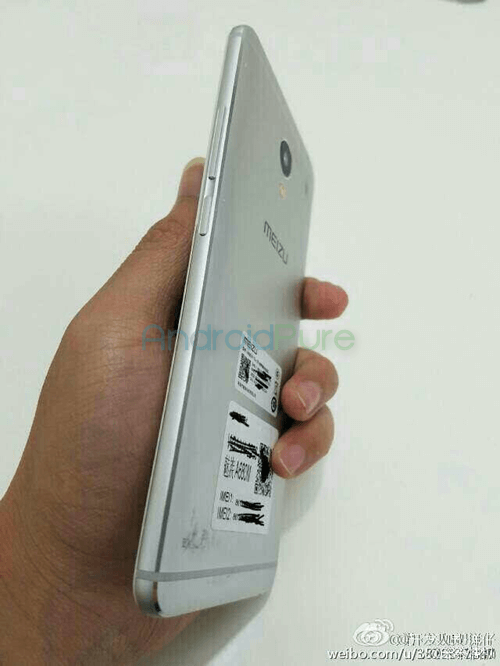 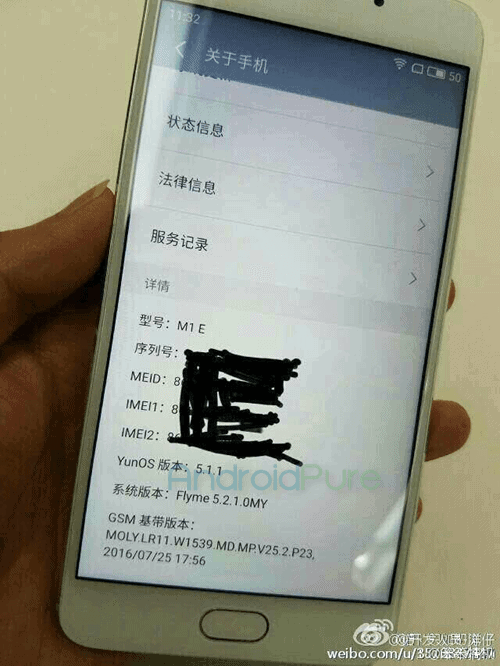