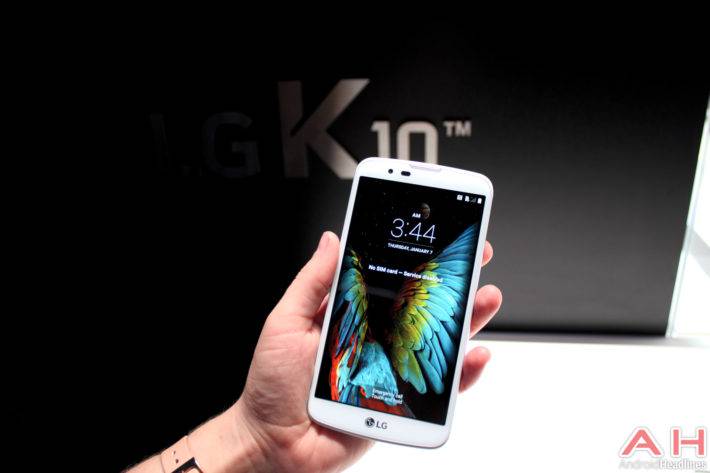 Affordable smartphones are becoming more ubiquitous in the U.S. and a lot of that has to do with the major carriers doing away with phone subsidies. That being the case, carriers and manufacturers are launching a large number of inexpensive handsets in the country, and one such device to hit the market happens to be the LG K10, which will be available for purchase from AT&T,  July 22nd onwards. The smartphone was originally introduced by the South Korean manufacturer back at the CES 2016 trade show earlier this year, and will be available on AT&T Next for just $6.00 per month for 30 months with eligible service plans.

The carrier has also announced that it will be offering the LG G Pad X 8.0 tablet to its customers from the same day, but it will come with a price-tag of $49.99 on a two-year contract for those with an eligible service plan. According to AT&T’s senior vice president of Device and Network Services Marketing, Mr. Jeff Bradley, both the “LG K10 and G Pad X 8.0 offer high performance, portability and convenience, but at a price that won't put a dent in your wallet”. Both devices will be available at AT&T retail stores as well as on the carrier's official website. It’s worth mentioning that the LG K10 is one of the comparatively more premium devices in LG’s K-series of mid-range and entry-level handsets, and is already available from a number of carriers in the country, including T-Mobile and its prepaid brand, MetroPCS.

Taking a quick look at the tech specs of the two devices, the LG K10 features a 5.3-inch HD display and comes with an 8-megapixel primary camera on the rear, while the front-facing selfie cam sports a 5-megapixel sensor. The device also comes with a removable 2,300 mAh battery and has a microSD card slot that allows capacity expansion by up to 32 GB. Meanwhile, the G Pad X 8.0 features an 8-inch full HD display panel and has a dedicated DirecTV button that allows subscribers to conveniently access various television shows and movies on the go. The device also comes with AT&T’s ‘NumberSync’ feature that allows AT&T subscribers to make and receive video calls on their tablet using the same mobile number as their smartphone, even when the smartphone is switched off.