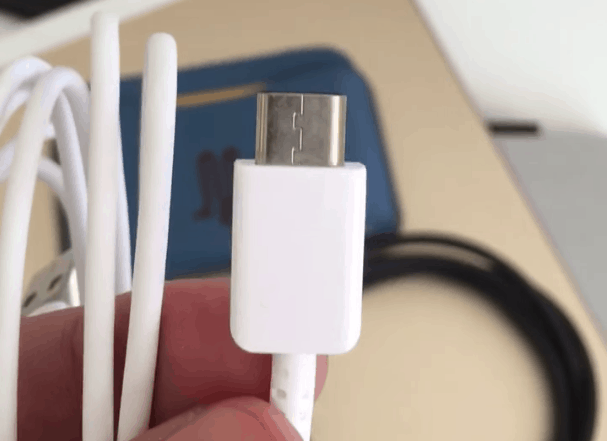 When it comes to upcoming smartphones, there are few other models that get the same sort of attention as anything from Samsung, especially in the Android world. For a good portion of Samsung fans however, the upcoming Galaxy Note 7 is what they're looking forward to and as more and more leaks appear, excitement for some is bound to reach fever pitch. The device has seemingly passed through the FCC and a number of different variants have apparently been benchmarked and spotted all over the world. One important aspect of the Galaxy Note 7 is whether or not it's going to support microUSB or Type-C USB for charging and data transferring. Now, a new leak out of Vietnam could hold the answer to that question.

According to a video recorded in Vietnam of a cable with the model number of EP-DN930CWE, the Galaxy Note 7 could indeed be a Type-C device when it launches next month. The idea of a USB cable constituting a substantial leak is pretty strange, but considering that Samsung decided to forego Type-C in the Galaxy S7 and Galaxy S7 Edge, many will be wondering just when Samsung is going to make the move. Especially as the Gear VR headset has become compatible with so many 2015 and 2016 devices thanks to the humble microUSB port. As such, the move to Type-C for the Galaxy Note 7 could be a big deal for a lot of people, and could also confirm reports of a new Gear VR headset launching later this year as well.

As for the cable itself, Samsung owners and fans of unboxing videos the world over will recognize how familiar it looks. Not only is the white color and design of the cable just as it is in many current Samsung devices, but it's also packaged just as USB cables in current devices are. All of this would suggest that Samsung is indeed looking to put a Type-C port on the Galaxy Note 7. After all, what other products do they have out there that would need to be shipped with such a cable? The video of the new cable is below, and while we've yet to see any complete leaks of the Galaxy Note 7, we have seen a few individual parts here and there.