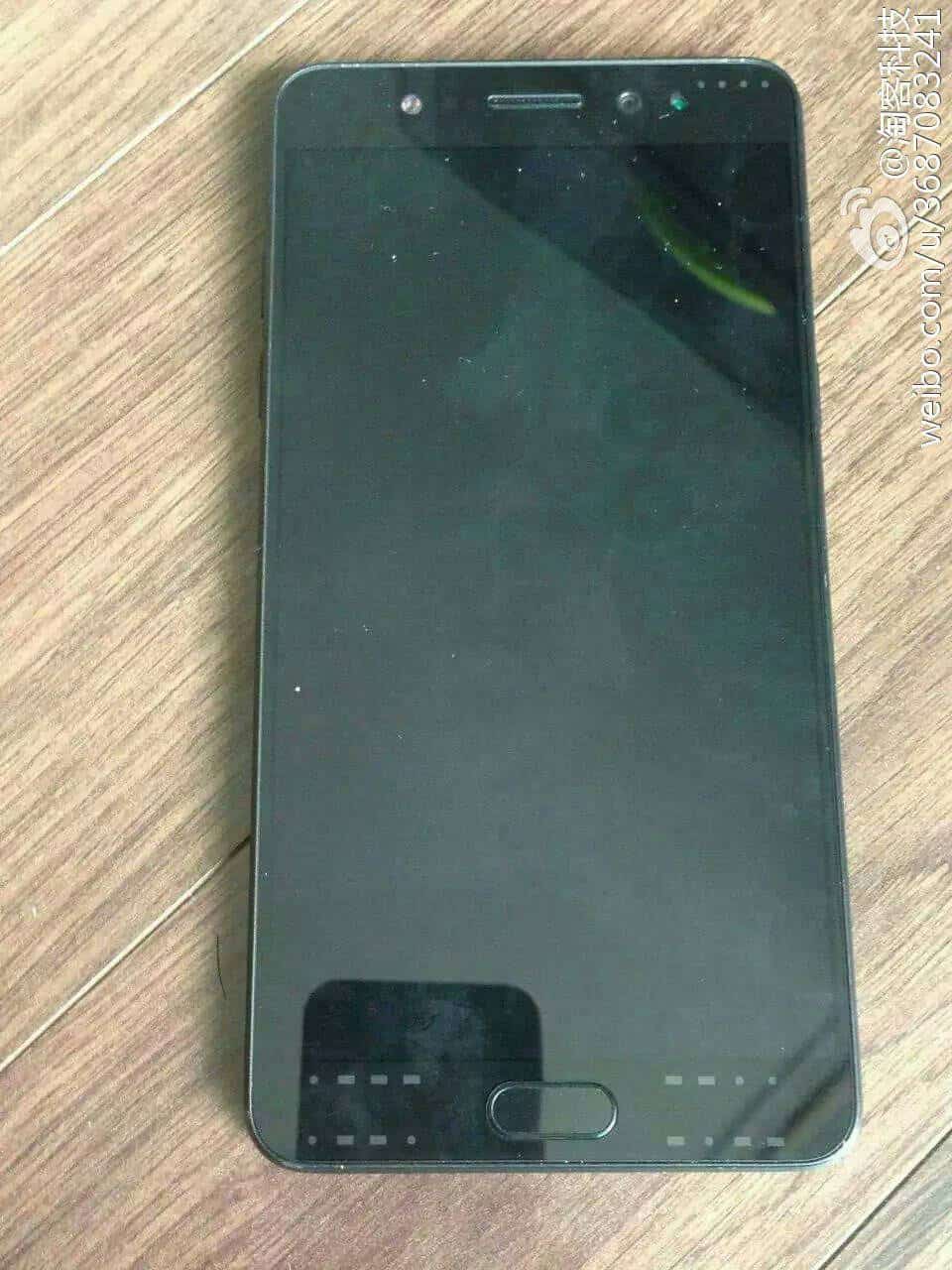 Leaks of the Samsung Galaxy Note 7 seem to be hitting the web in a fast and furious manner of late, as a recently leaked image that has surfaced online earlier this morning is alleged to be of a prototype model of the Galaxy Note 7 which showcases a flat screen. While it is referred to as a prototype, the presence of a flat display as opposed to one with curved edges would seem to suggest as much even without the prototype reference, as the most recent rumors are all pointing towards a curved edge device. This would seem even more likely given that the image shows a device which looks quite a bit like the other Samsung Galaxy Note 7 devices that have leaked prior to today, albeit without a Samsung logo on the front and what appears to be an unfinished design or build of the device as you can see the various circuitry at the tops and bottoms of the device display.

With Samsung holding the second Unpacked event of 2016 on August 2nd to unveil the Galaxy Note 7 to the public, and with recent renders suggesting the design of the phone as being curved, the image shown above is likely not a final design that Samsung decided to go with. Having said that, there have been past rumors that Samsung would be looking to release a Galaxy Note 7 in two variants, one with a screen that has curved edges and one without.

The presence of such a rumor seems to have been validated with a leaked image such as this, and although this is no confirmation that a flat-screened Galaxy Note 7 existed let alone was part of Samsung's plans, it certainly does seem to suggest that Samsung was at least toying with the idea of having a Galaxy Note 7 with no curved edge screen, or, putting out two models of the device. There's no way to know what Samsung's official plans are for the next Galaxy Note device until Unpacked, and if this is a prototype of the Galaxy Note 7 with a flat screen, however improbable it may seem it's still possible that Samsung could end up releasing another model of the phone. Then again, perhaps this is an older prototype and Samsung shifted course, deciding to go with a curved edge screen instead.

Advertisement
Advertisement
Trusted By Millions
Independent, Expert Android News You Can Trust, Since 2010
Publishing More Android Than Anyone Else
36
Today
133
This Week
134
This Month
4899
This Year
106375
All Time
Advertisement