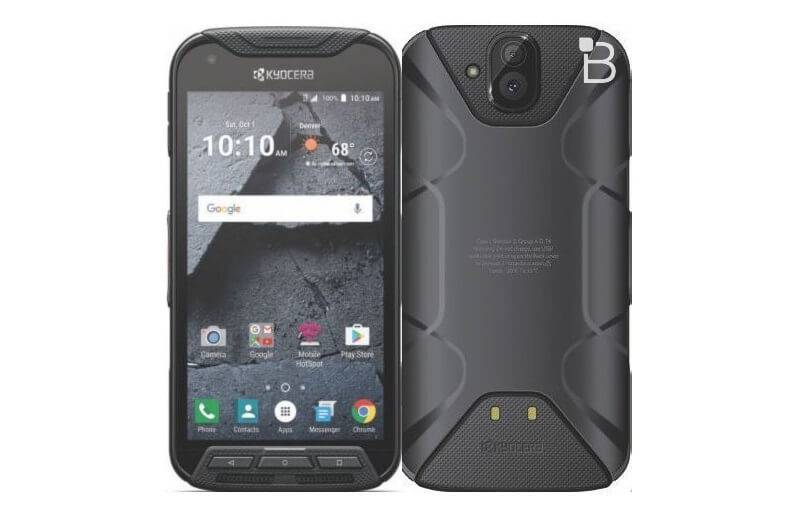 According to sources of TechnoBuffalo, Kyocera is now preparing for the upcoming release of a new DuraForce smartphone called the Kyocera DuraForce Pro, which will apparently hit the shelves at T-Mobile sometime in the fourth quarter of the year. Much like the previous DuraForce models, the sequel will likely boast an industrial, rugged design – as seen in the leaked image above – and surprisingly enough, it will apparently jump on the dual-camera bandwagon.

Kyocera's DuraForce smartphones are known for their rugged design, and needless to say, the so-called Kyocera DuraForce Pro doesn't look to be any different in this regard. Not unlike the Kyocera DuraForce XD, the upcoming model will likely be resistant to dust, water, drops, solar radiation, thermal shock, salt, and humidity, backed up by an IP68 and MIL-STD-810G certificate. But interestingly enough and, at least judging by the leaked image, the Kyocera DuraForce Pro will bring noteworthy improvements in photography, and will adopt a dual-camera setup not unlike the brand new Xiaomi Redmi Pro (it almost looks as if many smartphone makers are now reserving the "Pro" moniker for smartphones rocking dual-camera setups). However, according to the source, one of the rear-facing cameras was designed for underwater photography allowing for wide-angle photos and videos, whereas the second module should be a more conventional 13-megapixel unit. The handset will sport a front-facing camera as well, which will reportedly have a resolution of 5-megapixels. Other specifications include a 3,420 mAh battery, and the source also mentions a fingerprint sensor which, oddly enough, doesn't seem to be visible in the leaked photo. On the other hand and judging by the image, Kyocera seems to have refrained from altering the Android operating system's UI too much, which now appears to be closer to Google's stock design guidelines.

Specifications aside, the Kyocera DuraForce Pro will apparently hit the market in the fourth quarter of the year (October-December), and will be available through T-Mobile. At the moment, there's no information regarding the smartphone's price tag, but it's worth noting that the ongoing Kyocera DuraForce XD was offered by T-Mobile last November for the price of $449.99 off-contract, and for $0 down along with 24 monthly payments worth $18.75 each.