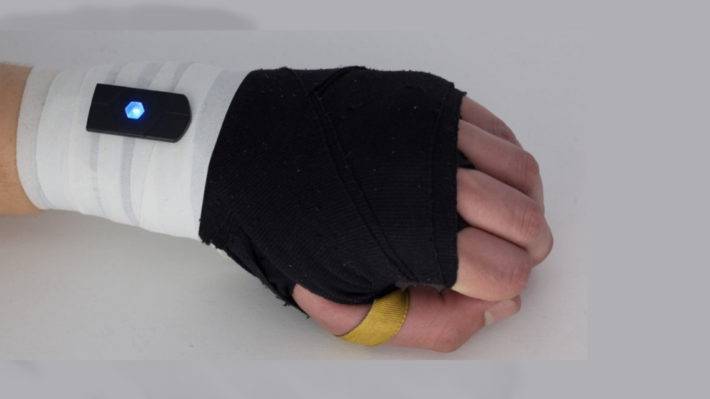 In 2012, young boxer Tommy Duquette missed out on representing USA at the London Olympics as he lost his final qualifying match which ended in a Level 3 tie. In other words, judges had to rely on two additional and relatively marginal scoring metrics in order to separate him from his opponent. "Losing by such a small margin, you question yourself a lot," revealed Duquette, adding that he believes he could have done better if only he had the right information and wasn't acting purely on instinct. He believes he hasn't always made the correct calls regarding stuff like deciding when to train harder, how to hit a bag or an opponent, how much to spar, and when to take a rest.

Four years later, Duquette is adamant at making sure no one makes the same mistakes again. He has therefore co-founded Hykso, a startup specializing in design and manufacture of wearable sensors which are worn inside fighters' wraps and calculate the amount, speed, and type of punches being thrown. The sensors collect information from a gyroscope and two separate accelerometers, which means they're capable of performing full 3D motion tracking 1,000 times every second. Besides being useful for analyzing actual fights, these sensors are also capable of tracking training sessions and helping fighters determine which areas of their game needs improving.

The Hykso sensor is currently assisting both the US and the Canadian boxing team and their coaches in preparing for the Rio 2016 Summer Olympics. American coach Billy Walsh is particularly impressed with this creation and believes the wearable is a great tool to determine the success rate of particular techniques in the metric-oriented Olympic fights. Representatives of the US Olympic Committee have revealed that they've decided to utilize the Hykso sensor for its ability to quantify athletes' performance so that their fighters can then learn from the collected data. The consumer version of the Hykso sensor is expected to hit the market later this summer, though there's still no word of an official price tag. At the moment, there are only 35 beta kits in the world, most of which are used by the US and Canadian Olympic boxing teams.