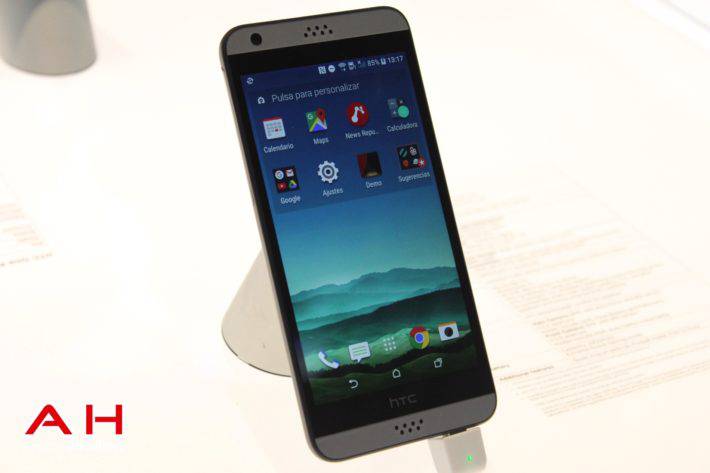 Wireless carriers are always looking for devices of all shapes and sizes and price points. Seeing as not every customer that walks in the door of their stores are looking to drop north of $500 for a brand new smartphone. That's where smartphones like the HTC Desire 530 come in handy. The HTC Desire 530 was actually announced at Mobile World Congress back in February, alongside the Desire 630 and Desire 825. However, HTC is finally bringing the Desire 530 over to the US. Both T-Mobile and Verizon in the US will be offering the device in both prepaid and postpaid flavors. T-Mobile has already announced that they will be first to offer the device, and will offer it in the "Sprinkle White" color. It'll be available next week, July 13th for $160 outright, or $6.67/month with $0 down. Verizon hasn't announced availability, but it will cost $179 outright.

When it comes to the specs here, the HTC Desire 530 sports a 5-inch 720p display and is powered by the Qualcomm Snapdragon 210 which is paired with 1.5GB of RAM. It also sports a 8-megapixel camera around back with a 5-megapixel front-facing camera. Additionally, it features HTC's BoomSound audio and is powered by Android 6.0 with the latest version of Sense. The HTC Desire 530 is available in Sparkle White, Blue Lagoon and Stratus White. As mentioned, T-Mobile will offer the Sparkle White color first, which means it should be available at Verizon a bit later on.

Now the HTC Desire 530 isn't the most spectacular smartphone out there, but for under $200 outright, it's not a bad smartphone at all. It's likely the cheapest smartphone available at both T-Mobile and Verizon, which is pretty impressive in itself. The HTC Desire 530 is going to be a great smartphone for those that aren't heavy users (like teenagers and your parents), as they don't need the latest and greatest specs in their smartphone. Especially if they are only checking email and such. T-Mobile has already posted up their unboxing of the HTC Desire 530, which you can check out below, and see exactly what you'll be getting with the HTC Desire 530 when it launches next Wednesday on the Magenta carrier.