Just over the weekend on July 10th, a rumor started to surface that HTC may be preparing the announcement and launch of a new device in the Desire lineup of smartphones called the Desire 10. If you’re unfamiliar with the Desire line, HTC showed the latest of them off at Mobile World Congress back at the end of February, one of which was the Desire 530 that has recently been reported to get a U.S. debut on the T-Mobile and Verizon Wireless networks. Following up on the rumor from yesterday that the HTC Desire 10 may be on the way from the Taiwanese manufacturer, a leaked image has popped up which claims to show the backside of the device.

The design certainly looks like it fits along with the same style as recent Desire devices, although unfortunately the back image is the only alleged picture that has surfaced so far. Although not much can be made out and there are currently no specifications to speak of, if this is the HTC Desire 10 it is possible to pick out a couple of details about the phone. The volume rocker and power button are quite obviously on the right side of the device, with the volume rocker sitting above the power button. It also appears that there may be a 3.5mm audio port on the top and centered in the middle of the frame, although it’s entirely possible this is just the way the image looks and that it’s not an audio port at all.

Based on materials from previous Desire phones and the look of this picture, the phone looks to carry a plastic or polycarbonate body design on the back. The image also shows off a rear facing camera with the LED flash and what could be a laser autofocus sensor housed just under the camera sensor, and it looks like the phone has antenna bands similar to the lineup of HTC One phones and this year’s HTC 10, which could mean that the device has a metal body. Having said that, the Desire line is typically aimed at a lower price tier, so a metal body is entirely likely to be left out. Also worth noting, is that Evan Blass, better known as @evleaks who first mentioned the rumor about the Desire 10 possibly being in production, states that he believes this may not be the Desire 10 at all, so take this image with a grain of salt for now. 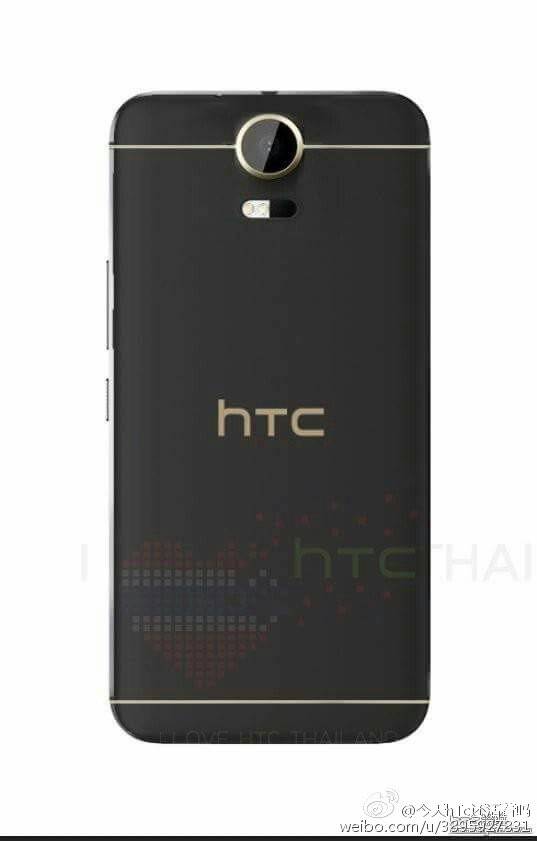