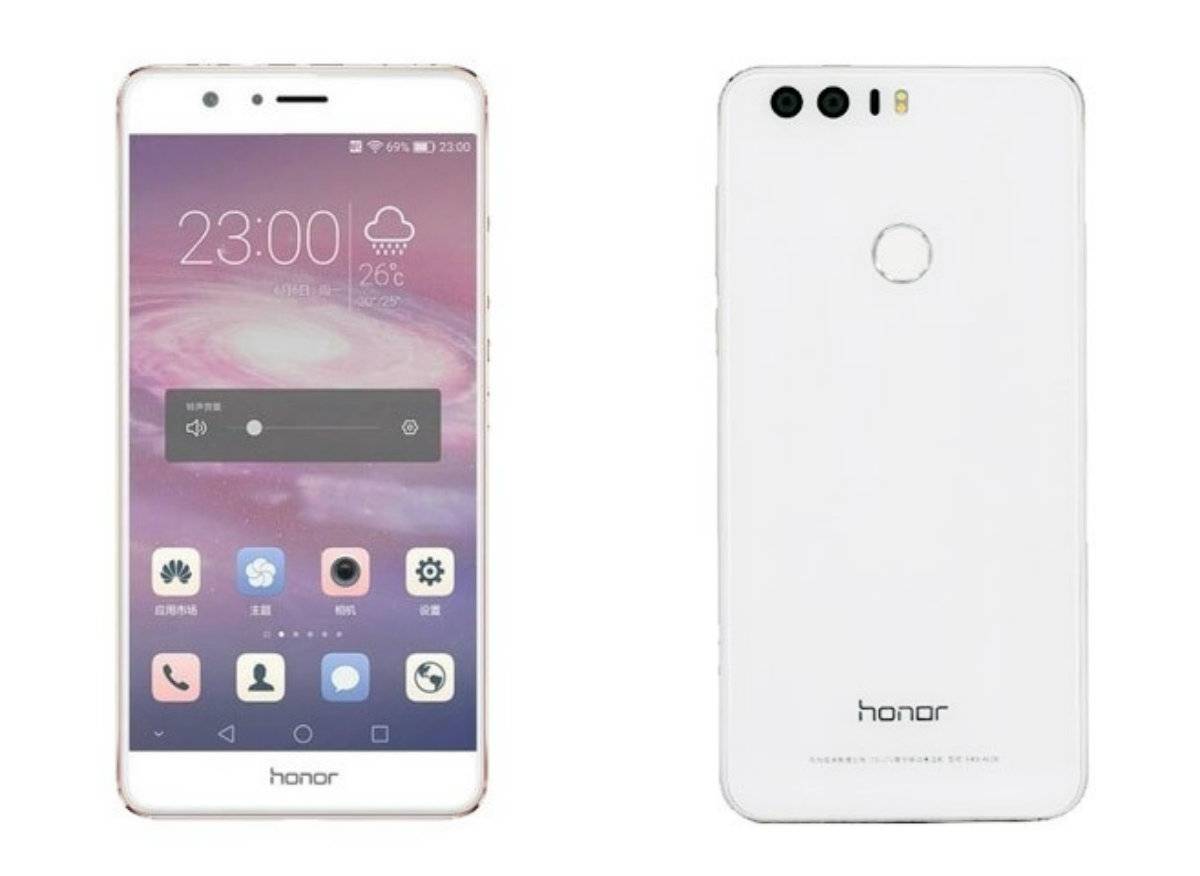 Honor is Huawei's subsidy, and at the same time a company which releases quite a few smartphones per year. Honor's devices are popular not only in China, but also in a number of regions outside of the company's homeland. Honor had introduced the Honor 5C, Honor V8 and Honor 5A handsets thus far this year, and if you're interested into company's devices you probably know that the Honor 8 is on the way as well. The company had confirmed recently that the device will be announced on July 11th, and the phone got certified in China soon after that as well. The certification site (TENAA) confirmed Honor 8's specifications and design, though we did expect several more leaks to surface before the phone gets announced, and one such leak popped up quite recently, read on.

If you take a look at the image above, you'll get to see the Honor 8 in the flesh. This image more or less confirms TENAA's listing, and shows off a rather regular looking device. The Honor 8 will sport a metallic trim, and a rear-facing fingerprint scanner. The Honor branding will be present on both the front and back side of this smartphone, and as you can see, there are two camera sensors on the back of this device. The Honor V8, which was introduced earlier this year, also sported such a setup. Next to the two camera sensors, you'll notice the presence of a laser autofocus and the LED flash. Both the power / lock and volume rocker physical buttons will be located on the phone's right-hand side, while you'll be able to find the SIM card tray on the left.

The Honor 8 will ship with a 5.2-inch fullHD (1920 x 1080) display, 4GB of RAM and 32GB of native storage (expandable up to 128GB via a microSD card). An octa-core SoC clocked at 2.3GHz will fuel this smartphone, and chances are this is the Kirin 950 chip we're looking at here. Those two cameras on the back boast 12-megapixel sensors, and the phone will come with Android 6.0 Marshmallow out of the box, with Huawei's Emotion UI available on top of it. The 2,900mAh battery will also be a part of the package, and it will not be removable. The Honor 8 will measure 145.5 x 71 x 7.45mm, and it will weight 153 grams. The device will ship in black and white color variants, though interestingly enough, it seems like the back side on both of these models will be white.