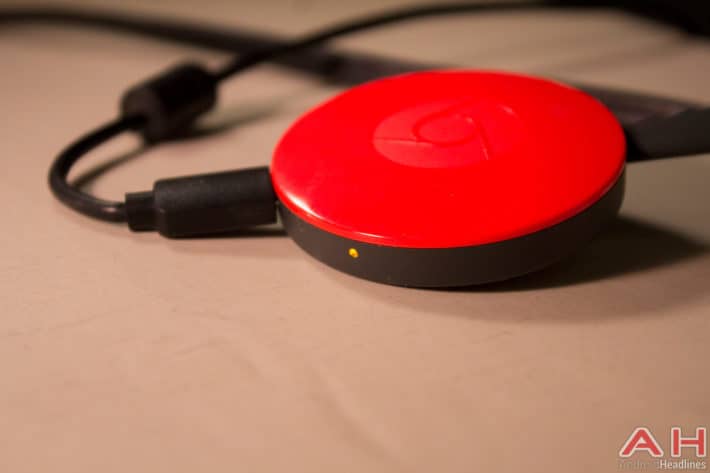 Google’s Chromecast media streaming dongle has been a runaway hit, becoming Google’s best selling hardware product since its debut a scant few years ago. After having received an updated model and an audio-only variant, the Chromecast seems to have finally found its niche in the market, and recent sales have shown it. Driven by a number of factors, more than likely including the rise of YouTube Red, sales of Chromecast units of all spades have exploded. Of the Chromecast family’s total sales of 30 million over the course of its lifetime, 5 million of those have been sold since May.

Google CEO Sundar Pichai let the figure slip during Google and Alphabet’s second quarter 2016 earnings call, along with the fact that Chromecasts had only seen 17 million total sales back in May of 2015. The sudden jump in sales since May of 2016 comes on the heels of steady and reliable sales from the device’s inception. With Google having recently handed over hardware duties to a dedicated department of Alphabet, it’s hard to say exactly where responsibility lies for the sudden burst in Chromecast sales. Whatever may have happened and whoever may have caused it, the Chromecast has recently seen a huge uptick in sales, proving that Amazon’s stark refusal to sell the device or its competitor from Cupertino didn’t do the device’s appeal or revenue much harm.

Google has been mostly mum about their new hardware division’s adventures, though bringing on Rick Osterloh recently made it quite clear that they were getting serious about their hardware efforts. The division is in charge of just about all of Google’s hardware products now, from Chromebooks to the Nexus program, and of course, Chromecasts. Having topped sales of all streaming devices in Q3 of 2015 during its steady sale period, it’s not hard to imagine the Chromecast’s momentum keeping its fever pace and spelling at least another few million sales before the third quarter of 2016 is wrapped up, though thus far, analysts haven’t spoken up on the matter. The Chromecast seems set to keep up at least steady gains in sales figures, but at this point, only time will tell if the device will continue selling at a good pace or if sales will begin to plateau or even drop off.