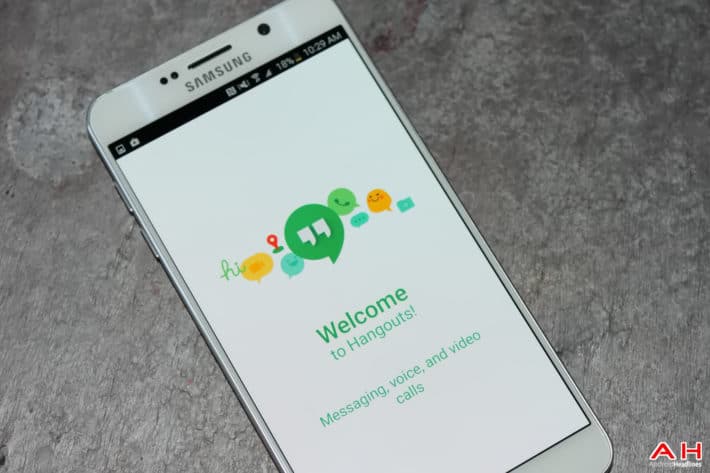 There are many different options out there for chatting and conversation flows, and Google's option, Hangouts, is one of the most popular options available as well as being versatile as it's available on multiple platforms. While a recent update to the Hangouts app which pushed it forward to version 11 introduced video messaging capabilities, a new update to Hangouts enables the ability for users to invite people to Hangouts group chats through the sharing of unique links, as opposed to sending out an invite to each person individually. This should make getting people in on the conversation much faster and with the sharing of a link, people can still join in on the group chat at any point.

The benefit besides the speed of adding users, is that it's now simpler to invite people to be a part of group conversations even if they aren't in your contact list, meaning that you can simply share a link anywhere and anyone with that link can click on it and join in at any given time. Having said that, the owner of the conversation has the opportunity to disable the link to join at their discretion. For example, you can send out the link and then disable it after a few hours if you'll be busy and don't want others to join during that time. Then you can re-enable it at a later point if you want to.

This gives the user who creates the conversation complete control so anyone can join but also makes it so that the conversation doesn't end up filled with unwanted group members. Google has also made it possible to search for group conversations by the name of the group or the name of a participant in that group, which should come in very handy for those who might have multiple group chats open and running. Google states that this update to Hangouts group chats is starting to hit all platforms which Hangouts is supported on from today, and should reach all devices on those platforms over the next few days, meaning that some users will see this capability live right now and others will not.