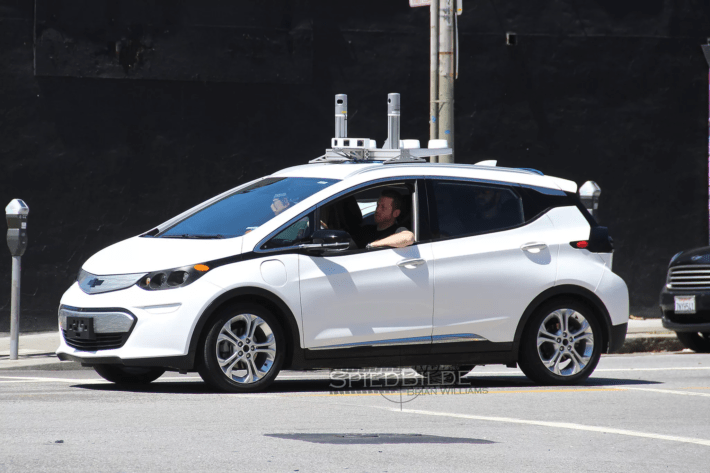 According to a new report from Business Insider citing Pam Fletcher – executive chief engineer of autonomous tech at General Motors – the automotive giant intends to launch its first self-driving car on the market with the help of the Lyft platform. Although no official announcements have been made in this regard, Pam Fletcher told Business Insider that “this is all coming much faster than people anticipate”. She has reconfirmed that GM is “working on an on-demand ride-sharing network with Lyft”, and added that this is not a simple pipe dream, but “something we are very much readying for consumer use”.

At the moment GM appears to have its focus on two main steps they have to take in the coming months and quarters. Firstly, by the end of 2016 the company is expected to enter the electric car market following the launch of the Chevrolet Bolt EV; a fully-electric vehicle designed for urban mobility and ride-sharing. Secondly, in 2017 the company is expected to make a push in the self-driving car market, following a $500 million investment in Lyft back in January 2016. In fact, according to the recent report citing Pam Fletcher, GM’s first fully autonomous car will be launched in partnership with Lyft, and will be available through ride-sharing services sooner than expected. Whether this means before or after the end of 2016 remains to be seen. It’s also worth noting that, according to Fletcher, electric vehicles make for great self-driving cars, as “they operate very smoothly, […] very quietly, seamlessly, and so you can create this very positive experience inside the car. People […] want to get in the car and for it to feel like a cocoon, so they can take a nap or have a conference”.

Although GM has acquired self-driving car startup Cruise Automation in March 2016, and while Cruise Automation was reportedly testing self-driving technologies on the Chevrolet Bolt, the new report states that the tests performed by Cruise Automation are not connected to GM’s and Lyft’s efforts to create a network of self-driving cars. However, these two projects, although separate, could very well overlap in the future. In any case, although Pam Fletcher did not reveal much in regards to GM’s plans for the launch of autonomous cars on the Lyft platform, she did hint that the Chevrolet Bolt EV could play a big role in the process. “We introduced the car about the same time at CES as when we really started talking about mobility and rideshare. So it’s not by coincidence”. She also added that “this car is a big part of a transformation of transportation and mobility”.