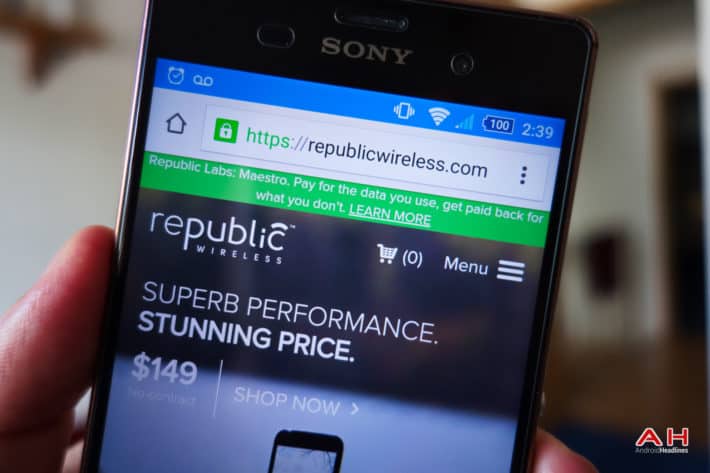 Republic Wireless is a bit of an interesting MVNO. It offers up some really cheap plans, but it only has a few smartphones available that are compatible with their network. Unlike most MVNO’s, especially those running on GSM networks, you aren’t able to take your favorite smartphone over to Republic Wireless and just pop in a new SIM card. A bit unfortunate, but this is due to the way that Republic Wireless favors WiFi connections over a mobile data connection, a bit like Google’s Project Fi does. In fact, Republic Wireless also has their own WiFi Calling available. So that you are mostly using your smartphone on WiFi, which keeps the cost low.

However, that was in the old days. Now, Republic Wireless doesn’t need tweaks to the OS on smartphones to work with their network. You can actually bring an unlocked phone on over to Republic Wireless and use it as you’d like. To celebrate this, Republic Wireless is also launching a slew of new smartphones including the new Moto G4 from Lenovo, Moto G4Plus, Moto X Pure Edition, the Samsung Galaxy S7, Galaxy S7 Edge, Galaxy J3, Galaxy S6, Google Nexus 5X, and the Nexus 6P. Remember, this is essentially a prepaid carrier, which means you are paying for your smartphone upfront and not subsidized or on an installment plan. So prices look a bit steeper, but these phones are priced pretty similarly to other retailers like Amazon and Best Buy.

If you are a Republic Wireless customer, or are looking to switch on over to Republic Wireless, then there are plenty of new smartphones to choose from. Instead of the small batch of Motorola phones they used to offer. Their plans start as low as $15 per month for no data and $20 per month for 1GB of data. And since you’re on WiFi almost all the time, these data plans should stretch a bit farther than they would if they were offered by any of the other US carriers. Remember that Republic Wireless runs on Sprint’s network. So if Sprint doesn’t have good coverage in your area, Republic Wireless may not be a good choice for you.