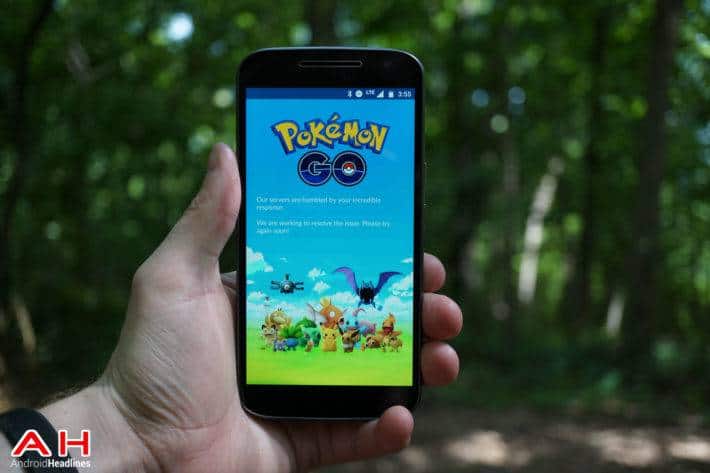 Pokemon GO Has had a whole lot of downtime since its inception, almost two weeks ago. This has left many users upset, because when they open the game to play, they simply can’t play. There’s been a good number of hacking groups working to take Pokemon GO servers offline, unfortunately. But Niantic and Nintendo have worked hard to get them back up and keep them up. But there are ways to check and see if Pokemon GO is up and running, or if it’s down and out.

Of course, the most common way would be to open the app. And if it loads up and shows you on the map, then the game is up and running and all is good. But if it says “Our Servers are experiencing issues. Please come back later”, then the game is definitely not working. And the best thing to do is sit back and wait for the issue to be fixed. Sometimes it takes just a few minutes, other times it can take hours. Or if it's taking a while to login, then the servers may be in the process of going down.

There’s another site that has popped up since Pokemon GO has launched, and that is IsPokemonGODownOrNot.com and it’s a fairly simple website. It basically tells you if the game is down, and what the uptime has been over the past 24 hours, 4 hours and 30 minutes. The uptime for the past 30 minutes is pretty useful, since you’ll be able to see if it is a good idea to place a Lure or not, which lasts for 30 minutes. Another helpful metric that is shown is the current login wait time. So you can see how long it may take you to login. In the morning hours, the wait time is typically a lot shorter than the afternoon and evening. Since that is when most people are playing Pokemon GO.

While Niantic has had quite a few server issues with Pokemon GO over its first two weeks, hopefully there won’t be many issues with it in the future. It’s understandable for the servers to be under a heavy load, especially given how popular Pokemon GO has become since launch.