If you’re a human being with a smartphone, you’ve probably been playing Pokémon GO for at least the better part of last week. You’ve therefore probably noticed that Pidgeys, Weedles, Rattatas, Zubats, and Caterpies are popping out pretty much everywhere, while the rest of the pocket monsters isn’t nearly as easily obtainable. Naturally, being a serious Pokémon trainer that you are, you want to know about the rarity of certain species in more detail, and that’s where this latest Pokémon chart comes in handy. Made by Reddit user RotomGuy, this rarity chart isn’t the-end-all-be-all of figuring out the game’s spawn rate as Pokémon rarity actually differs by continent and region. However, it seemingly doesn’t differ that much and the chart is still a good starting point for figuring out just how likely are you to catch that elusive Snorlax. Hint: not very likely.

In any case, you can check out the chart below and the first thing to notice is that Mew, MewTwo, Articuno, Zapdos, Moltres, and Ditto are apparently so rare that no one has seen them yet. Most Pokémon GO players are guessing that’s because developer Niantic is saving these Pokémon for special in-game events given how a recent code-digging conducted by several enthusiastic players confirmed these six Pokémon are definitely in the game. As for the rest of the chart, it’s sensible to conclude that despite the fact many players have already managed to catch over a 100 different Pokémon, getting all 151 is probably going to take a lot more time due to some incredibly minuscule spawn rates. Naturally, one must not forget that the game currently only features gen-1 Pokémon and given how the franchise has already unveiled over 700 of them, Niantic definitely has enough material to keep us hunting for years, especially if bi-weekly content and feature updates that the California-based studio has recently announced actually end up happening.

But that’s all in the future. At the moment, the developer is still focused on rolling out its latest app in more countries, ironing out the bugs in the game and keeping Pokémon GO servers up and running, which is something that hasn’t been easy lately due to numerous hacking attempts. 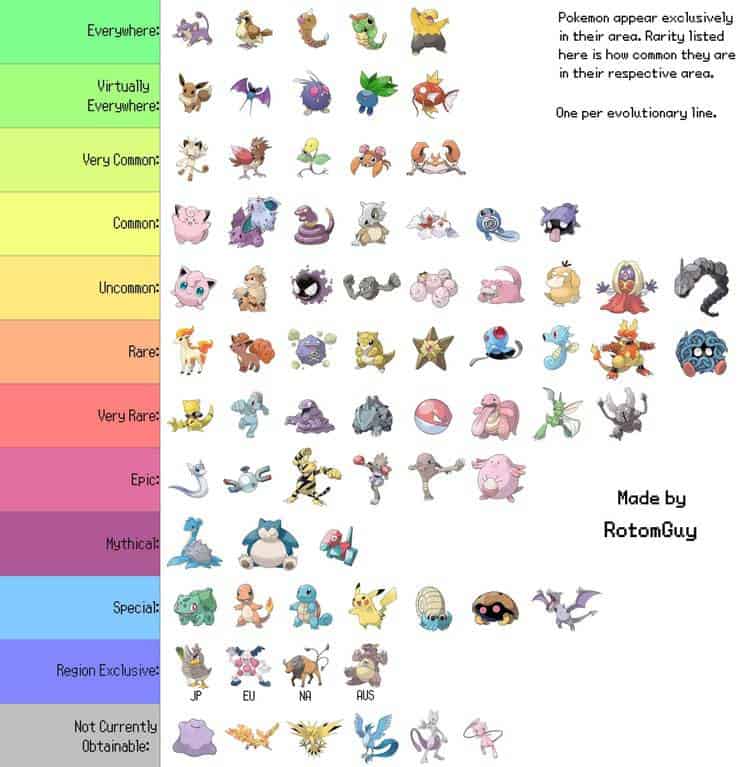