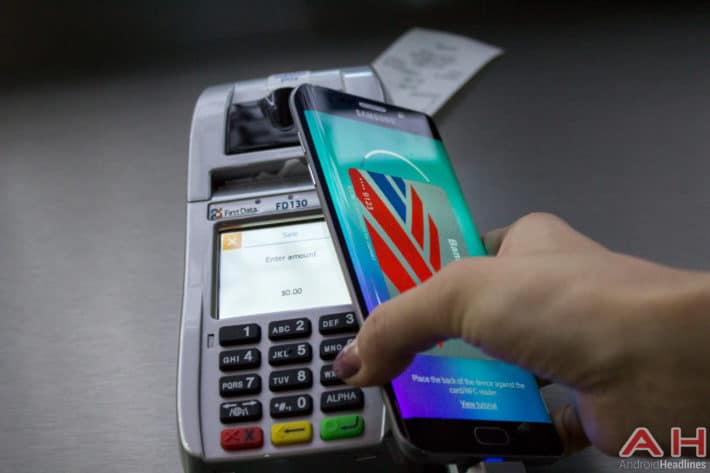 Mobile payments are off to a slow start in Canada, although that could change soon as Canada is still waiting for Android Pay and Samsung Pay to arrive. Google even welcomed Apple Pay coming to Canada in hopes that iPhone users might help to get the ball rolling –even though the vendors have to buy a particular machine to accept Apple Pay. However, when you are talking about a person’s money, it does always need to be understood that people are a little more particular.

According to a new study, more smartphone users in Canada have plans to use mobile payments more this year, than they did last year. Customers are getting more comfortable using specific store apps – such as the number one Starbucks – to pay for their purchase at the drive-thru. Repeated use allows the customer to feel more confident that mobile payments do work. It gives them a chance to understand how to reload their card and watch their money travel from their bank to their mobile device to the vendor. According to the study, this increase in usage of mobile payments holds no boundaries and users plan to use their device to pay for purchases. Even Millennial’s (ages 18-35) that make up the largest user population are planning to use mobile payments more in 2016, compared to 2015. What is interesting is that there is a more significant jump in females claiming to use it in 2016, than men. Overall, in 2015, there was 26-percent usage and in 2016, the study estimates a 33-percent usage of mobile payments.

The study does show that individual mobile payment app usage varies by age and gender – but one thing everybody can agree upon is that PayPal is the most popular mobile payment app. Males use it 76-percent of the time, and women use it 63-percent of the time, and whether you are a Millennial or Non-millennial (over 36), usage is at 67-percent and 72-percent respectively – giving PayPal an overall total of 70-percent usage. Coming in at second place is Starbucks with 42-percent usage, although women tend to use it more, as does Millennials. Apple Pay comes in at a distant third place at 26-percent. It will be interesting to see how the dynamics change when Android Pay and Samsung Pay are firmly rooted in Canada. 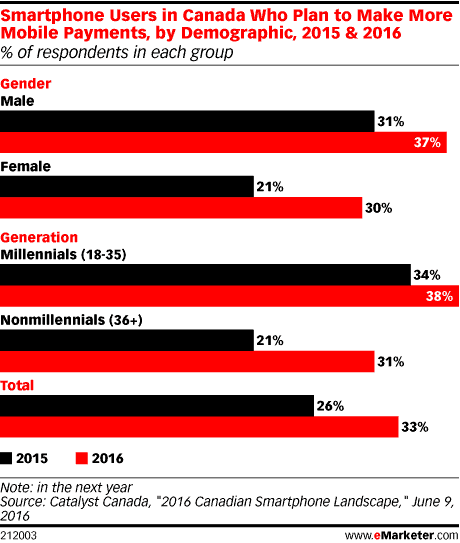