BlackBerry released their first official Android-powered device towards the end of last year, the BlackBerry PRIV, a high-end device based around a QHD resolution 5.4-inch AMOLED display, the Qualcomm Snapdragon 808 chipset, 3 GB of RAM and 32 GB of internal storage. At the time there were persistent rumours that the company was set to release two or three devices in 2016 and since then, these rumours have gradually solidified. Yesterday, the BlackBerry Hamburg also known as Neon device popped up at the FCC, fleshing out some of the detail surrounding the handset. We had already seen the manufacturer, TCL, linked with BlackBerry and looking through the specification of the new BlackBerry Neon, this appears to be either a lightly modified or a rebranded Alcatel Idol 4. As such, the BlackBerry Neon does not have a keyboard but is instead reliant on the touchscreen. This should be no great hardship given BlackBerry's standard keyboard as included on the device.

Another BlackBerry device, the BlackBerry Rome, has now appeared on the Geekbench 3 website. The Rome has the model designation STV100-3, setting it apart from the PRIV's STV100-1 and the Neon with STH100-2. The Rome will include a physical keyboard and a chipset that will contain six processor cores, that in terms of specification do look similar to the PRIV, but the benchmark scores are inferior. The BlackBerry Neon is based around an octa-core Qualcomm Snapdragon 600-series chipset, either the 615 or the 617, which uses the lower powered ARM Cortex-A53 cores. The BlackBerry Rome might use a higher grade Qualcomm Snapdragon 600-series processor, the 650. This particular chipset is based around a two tier big.LITTLE architecture with a quad core 1.4 GHz lower tier of 64-bit ARM Cortex-A53s and a higher performance dual core cluster of 1.8 GHz ARM Cortex-A72 units. It is also possible that the reported chipset as seen by Geekbench 3 is incorrect. Whatever the chipset that the BlackBerry Rome has, it will be supported by 3 GB of RAM, and will run Android 6.0.1 Marshmallow.

At this juncture, we do not have any additional information regarding these follow up Android-powered devices such as market availability, colours, pricing and release dates although we believe BlackBerry will discuss their new devices next week. As soon as we receive any additional details we will let you know. 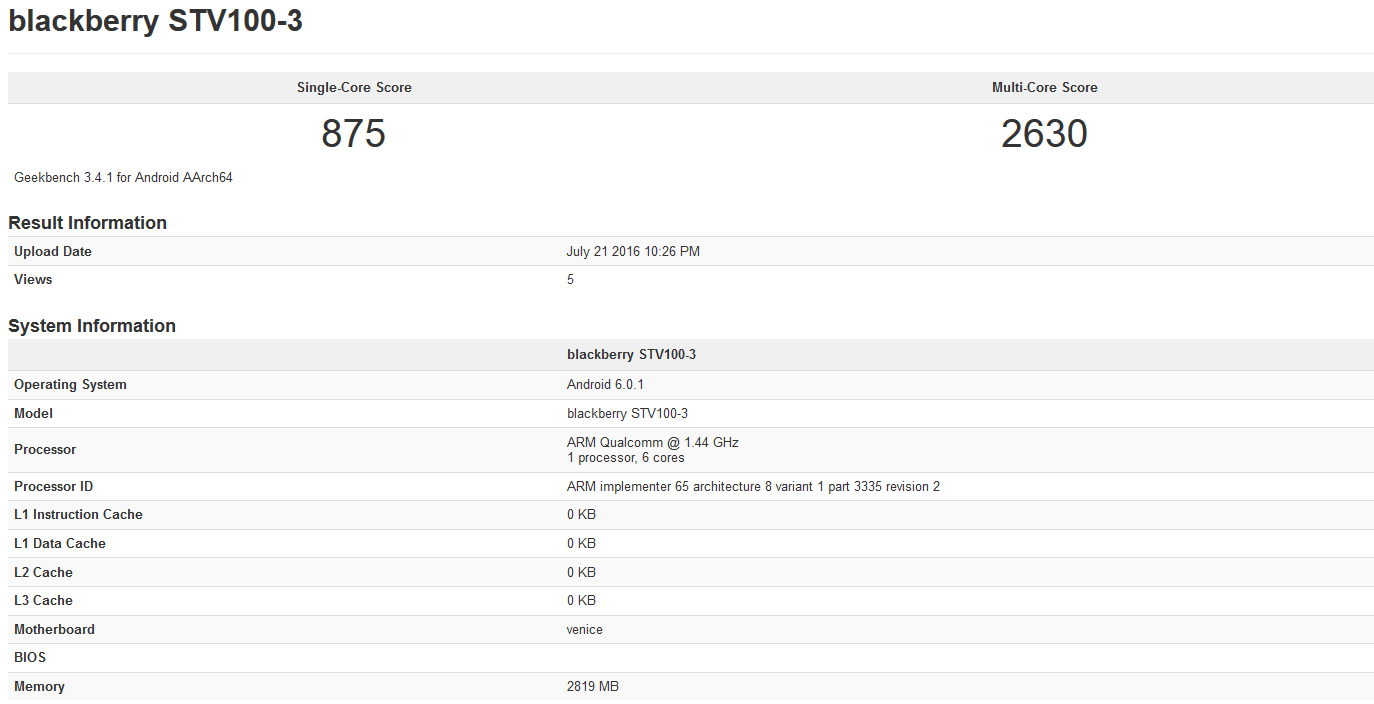 Advertisement
Trusted By Millions
Independent, Expert Android News You Can Trust, Since 2010
Publishing More Android Than Anyone Else
29
Today
87
This Week
246
This Month.
246
This Year
110436
All Time
Advertisement