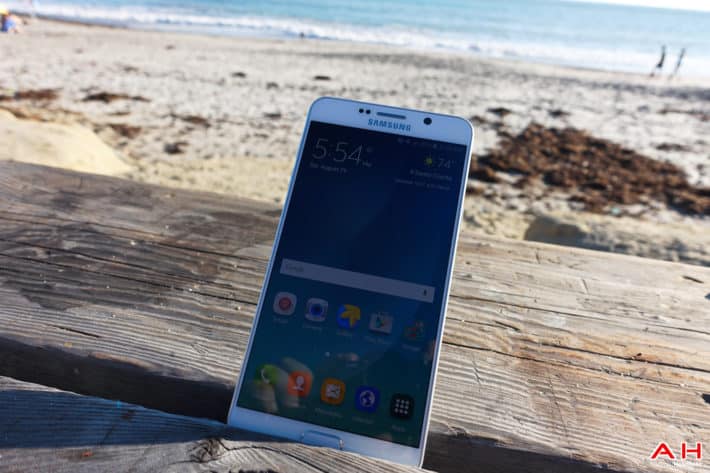 AT&T has started rolling out the July security patch for Samsung's Galaxy Note 5. Verizon had already rolled out the update to Samsung's flagship phablet earlier this month, and it is now apparently the turn of AT&T to follow suit. The smartphone's official support page on AT&T's website mentions that the update file comes with baseband version N920AUCS2BPG1 and build number MMB29K.N920AUCS2BPG1. The download weighs in at just 22.6 MB and contains the security fixes from the July 1 update. The software is available as 'Firmware Over The Air' (FOTA) and can be downloaded either over Wi-Fi or via AT&T's cellular connection. According to AT&T, the download will not count against the allotted monthly data of its customers. The carrier, however, is tight-lipped about the exact issues that are fixed by the update, only revealing that it brings 'device security improvements' upon installation.

The update apparently started rolling out yesterday itself, so some users may have already received the notification on their devices, but as is the case with most of these rollouts, AT&T will likely be doing it in a phased manner. So even as all AT&T customers with carrier-locked Galaxy Note 5 handsets are expected to get the update notification fairly soon, they should also be able to manually check for the availability of the latest software by going over to the 'Settings' menu on their phones, before scrolling down to 'System', selecting the 'About Device' option and tapping on 'Software Update'.

Security on Android devices has always been a hotly-debated issue, and the discovery of new vulnerabilities every other day only makes it more imperative that carriers and manufacturers take their update schedules more seriously and roll out Google's monthly security patches to their respective devices in a timely manner. Meanwhile, even as the Galaxy Note 5 starts getting its July security patch from AT&T, there's no word on when the rest of the carriers in the country (barring Verizon, of course) will start doing the same. While the Galaxy Note 5 is widely accepted to be one of the best phablets money can buy right now, it will be replaced pretty soon as Samsung's flagship phablet offering by the upcoming Galaxy Note 7, which is slated to be unveiled on August 2.