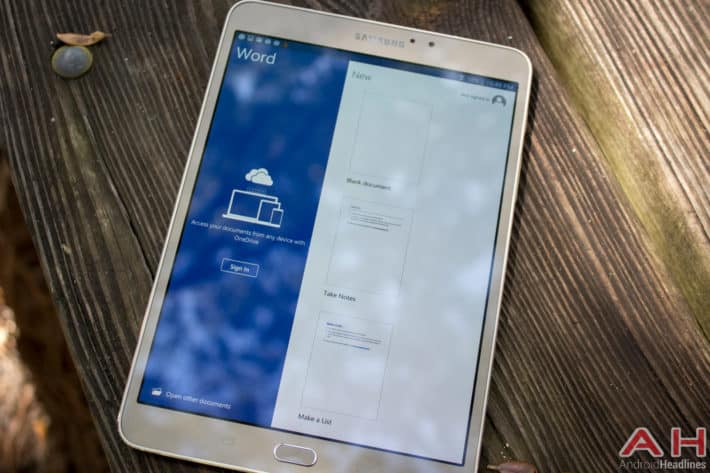 If you own the Samsung Galaxy Tab S2 from AT&T, then you should have an update waiting for you on your tablet. Today, AT&T and Samsung began rolling out Android 6.0.1 Marshmallow to the Galaxy Tab S2. This brings it to the latest version of Android – at least until Android 7.0 Nougat comes out in a few months. This comes a little over a month after the Verizon variant of the Galaxy Tab S2 was updated to Marshmallow.

The update to Android 6.0.1 Marshmallow will bring plenty of changes to the tablet. Of course, the biggest change is definitely going to be Google Now on Tap. What this means is that from anywhere in the OS, you can long-press the home button and get information about what is currently showing on the display. So say you are reading an article about UFC 200, where a number of the fighters are mentioned. Google Now on Tap will give you information about UFC 200, as well as the Wikipedia pages for each of the fighters (or athletes if you'd rather go that route). Giving you a one-stop-shop for getting all the information you could need. In addition to that, Marshmallow brings Doze, which will give you even better standby time. Doze is a bigger deal on tablets, seeing as you don't use tablets as much as smartphones – nor do they typically have connections to voice and data networks, although this version does connect to AT&T's LTE network. Doze has been said to practically double the standby times on most tablets. Which can be a pretty big deal, especially if you don't use your tablet all that much.

Those that do own the Galaxy Tab S2 over on AT&T, you should be able to head into the Settings, then tap on About Tablet, System Updates and Check for Updates. The update should be available, but be warned, it'll be a large one. So it's a good idea to be connected to WiFi while you are updating your Galaxy Tab S2. Of course, if you have unlimited data, then there's no reason not to use LTE, since you won't be hitting a data cap.