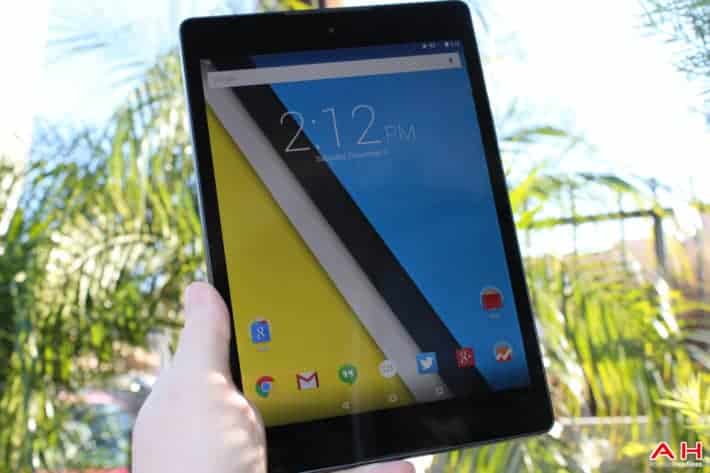 Even since Google officially made the announcement on March 9th that Android N would be the next upgrade from Marshmallow there were contests and guesses as to what sweet dessert or candy the ‘N’ would represent. Many people still argue that the most popular name was Nutella, however, on June 15th, following the Android N Developer Preview 4, Google threw us all a ‘nougat’ to munch on for a while. So it is official – Android 7.0 will be henceforth known as Nougat. The next big question is when is Google going to toss a Nougat our way to one of the Nexus devices? It looks like Rogers has just uncovered the candy dish – nothing is definite, but their latest upgrade listing has the HTC  Nexus 9 tablet on the list with the ‘Current OS’ as 6.0.1 and ‘Coming OS’ as Nougat! Now, it is only listed as ‘coming soon,’ but we finally have a device on the upgrade list for Android 7.0. Rogers, of course, explains that they do the best job they can to update the list, but they are subject to change – but ‘coming soon’ is already a broad category.

Android Marshmallow was launched in November 2015, so do not expect to see Android 7.0 Nougat available until sometime in the third quarter. Though not radically changed, users should notice a little difference between the two operating systems. Android added quite a few new things to Android Nougat to give the user more control over their device and improve performance. Although rudimentary before – Samsung had an excellent multitasking in TouchWiz – there is finally full-fledged Multi-Window multitasking in Android…you can even watch a video in one window and use another app in another window.

With Android Nougat, you will not only receive notifications on the panel, but you will be able to open it, read it, and reply to it without leaving your current app. No more leaving your current app, answering a notification and then going back to what you were doing. One of the great upgrades in Android Marshmallow is the Doze feature – Android Nougat improves upon the original with what you could call an Enhanced Doze Mode. Rather than waiting for the phone to fall into a ‘deep sleep’ to activate, the new Doze feature shuts down all background apps every time the display is turned off. New Quick Settings Options can be found in Nougat on the notification panel. Nougat also allows for bundled notifications that the user can tap on to expand. There are some very nice upgrades, if not earth-shattering improvements.