Right now is very much Samsung Galaxy Note 7 season and over the past few weeks a number of reports have come through detailing what could be on offer with the latest Galaxy Note smartphone from Samsung. In fact, the last twenty four hours alone has seen a number of reports coming through including two different benchmark listings from Geekbench. Which takes the overall Geekbench listing tally to three now with models SM-N930F, SM-N920V and SM-N930R6 all showing up so far.

As a result, there is still a number of inconsistencies on what to expect in terms of the specs. While it is largely thought the Galaxy Note 7 will come sporting 6GB RAM, the recent benchmark listings seems to be going along the 4GB RAM lines. While this could mean there are multiple variants coming through, it also might not. Not to mention, while one benchmark touted Android 7.0 (Nougat) as the operating system included, the others are touting Android 6.0.1 (Marshmallow) as what will be on offer. As a result, the final specs do currently remain a bit of a guessing game for now.

What seems to be less of a guessing game though is the design. While the Galaxy Note range are already iconic in design due to the touting of an S Pen, the clear majority of rumors coming through do seem to be suggesting that the next Note will come boasting a curved dual edge design much like the Galaxy S Edge series. A notion which seems to be further confirmed by the image shown above and below. This image comes from TechTastic and is said to be of the Galaxy Note 7. Whether it is or not remains to be seen but the image does clearly show what looks to be a larger sized device (with the current rumors suggesting a 5.7-inch display will be in use on the Galaxy Note 7) and dual curved edges. Of course, while there has yet to be any firm confirmation from Samsung, the general consensus is that the Galaxy Note 7 will be unveiled on August 2nd and will likely become available in the two weeks following that initial unveil date. So either way, there is not too long to go before confirmation comes through on whether the image shown is the next Galaxy Note smartphone. 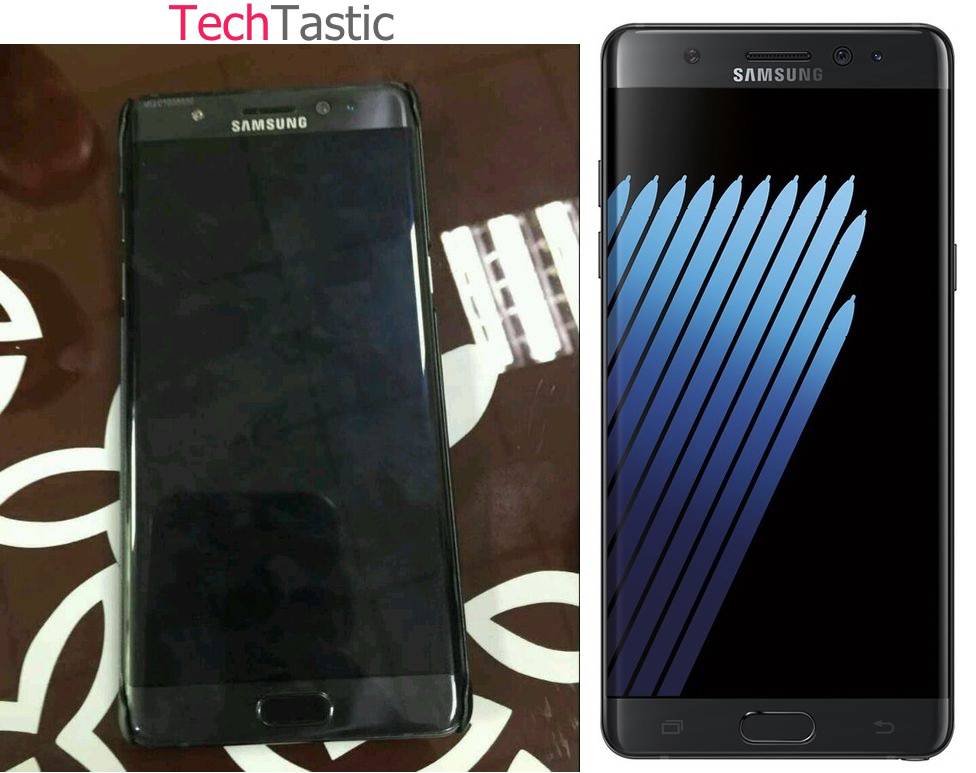