The Galaxy Note 7 has been receiving quite a bit of attention lately, and perhaps for good reason as it just so happens to be a second popular flagship device from Samsung. It’s also rumored to be getting an earlier announcement than last year’s Galaxy Note 5, so the possibility of it showing up in the near future could be very real. Just in the past few weeks, the Galaxy Note 7 has shown up on both AnTuTu and on Geekbench, both being spotted this past week, and leaked renders of the device showed up in the recent past as well. From the benchmark leak on Geekbench, the Galaxy Note 7 was listed as model number SM-N930F, and now a new model number has shown up on the same benchmark website that seems to suggest this is the Verizon model of the device.

Listed as SM-N930V, which is also the model number that showed up on AnTuTu this past week, the device has some similarities in the specs department, primarily the 4GB of RAM. On AnTuTu it is listed as exactly 4GB, while on today’s Geekbench listing it shows up as 3383MB. It’s also worth noting that this Geekbench listing shows off the device running on Android 6.0.1 Marshmallow and not Android 7.0 Nougat as shown on the leak from the Geekbench listing for the SM-N930F model, so it’s very possible and perhaps more likely that Samsung will launch this device with Android Marshmallow with a possible upgrade to Android Nougat sometime following its launch from Google.

SM-N930V matches up with the model number series from last year’s Verizon Galaxy Note 5, which was SM-N920V, so it’s a safe bet that this is the Galaxy Note 7 for the U.S.’ number one carrier, although nothing is of course official until confirmed by Samsung. The phone is listed as being powered by a 1.59GHz quad-core processor which should be the Qualcomm Snapdragon 820 CPU, and that’s about it for the specifications as the benchmark doesn’t give any more notable details beyond the single-core and multi-core scores the device received. While the Galaxy Note 7 could end up launching with just 4GB of RAM instead of the rumored 6GB, 4GB should be more than enough for the device. 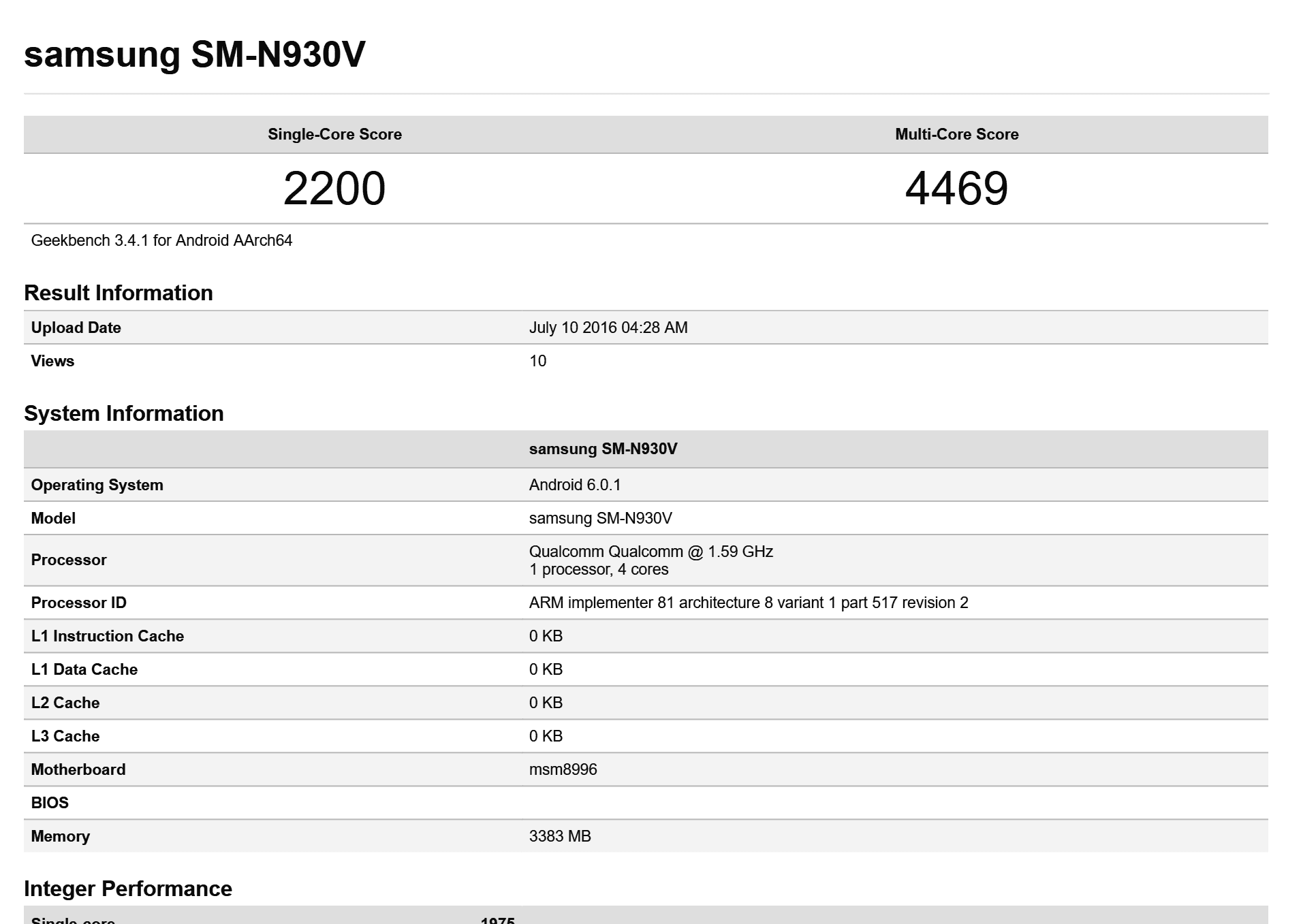