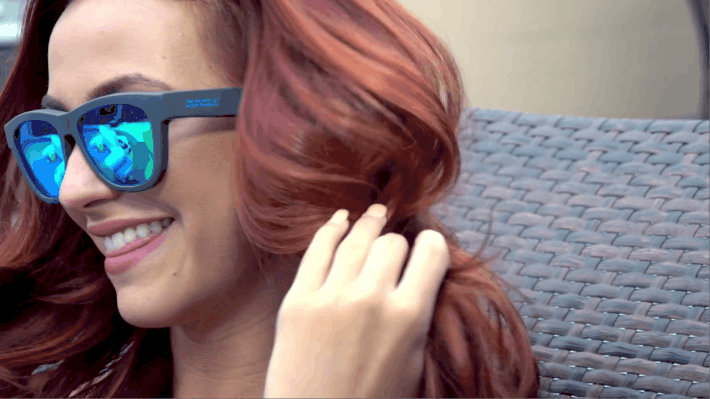 If you like to be outside and you live in an area that gets any amount of sun, chances are you have a pair of sunglasses lying around that you keep within reach for just such occasions. If you’re also the type to listen to music when you’re out and about, then you’ll end up needing both the sunglasses and the headphones. Although it isn’t the same for everyone, this can sometimes lead to discomfort over extended periods of wear depending on the type of headphones you put on, and it’s just one more thing you have to carry with you. A new device on Kickstarter called the Zungle Panther, aims to give you less clutter without losing the functionality of these two items as it’s a pair of sunglasses that also acts a pair of bone conduction headphones. If you’re unfamiliar with bone conduction technology, it’s the same kind of tech that Sony has integrated into their concept headphones that are simply known as “N,” which they unveiled back in march after launching their Future Lab program.

If you value simplicity, the Zungle Panther couldn’t seemingly get more simple. It boasts excellent quality sound without wires and connects to your device through Bluetooth, and because of the bone conduction technology there are no earbuds to place inside of your ears or headphones to wear over them. This means nothing falling out of or off of your ears if you’re wearing the Zungle during a run. Design wise, these might provide a nice alternative to earbuds like Samsung’s recently announced Gear IconX.

Above the right ear sits easy access controls for track management, and with the bone conduction speakers the sound is transmitted to the skull through vibrations. According to the video, other people are unable to hear the sound coming from the speakers which keeps the audio private, and because of the open ear design they make for a perfect companion for runners and those who bike as they can be more aware of their surroundings like traffic and other people. The Zungle Panther are also able to receive voice calls, and they charge via a built-in microUSB port, which is hidden inside of the right hinge. The frames come in five different colors and are able to swap out lenses which also come in multiple colors for a little bit of personalization. The project still has 25 days to go and Zungle has already reached over $170,000 in funding, which is well over their goal of just $50,000. These are expected to ship to backers in November of this year. 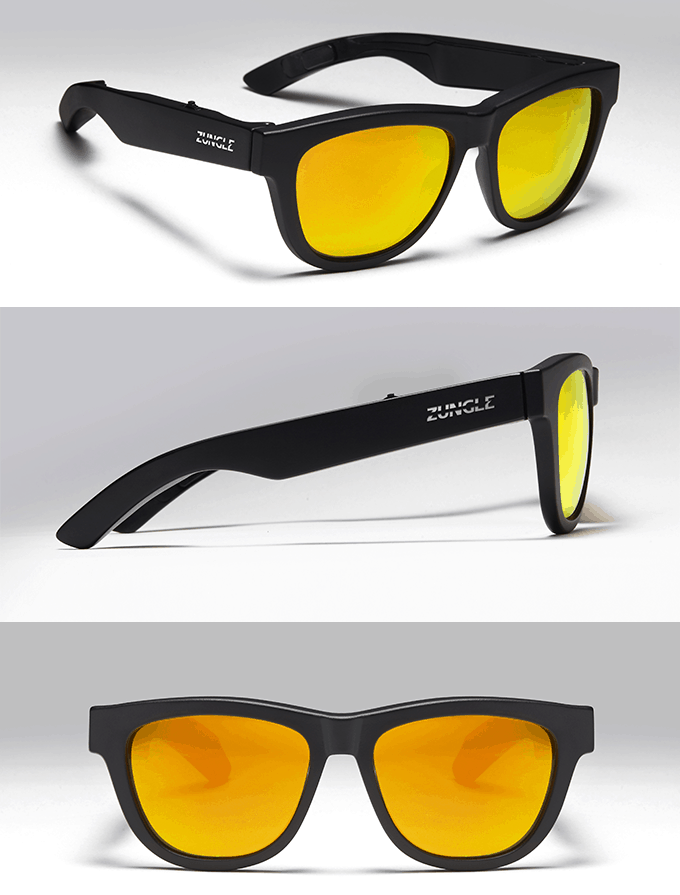 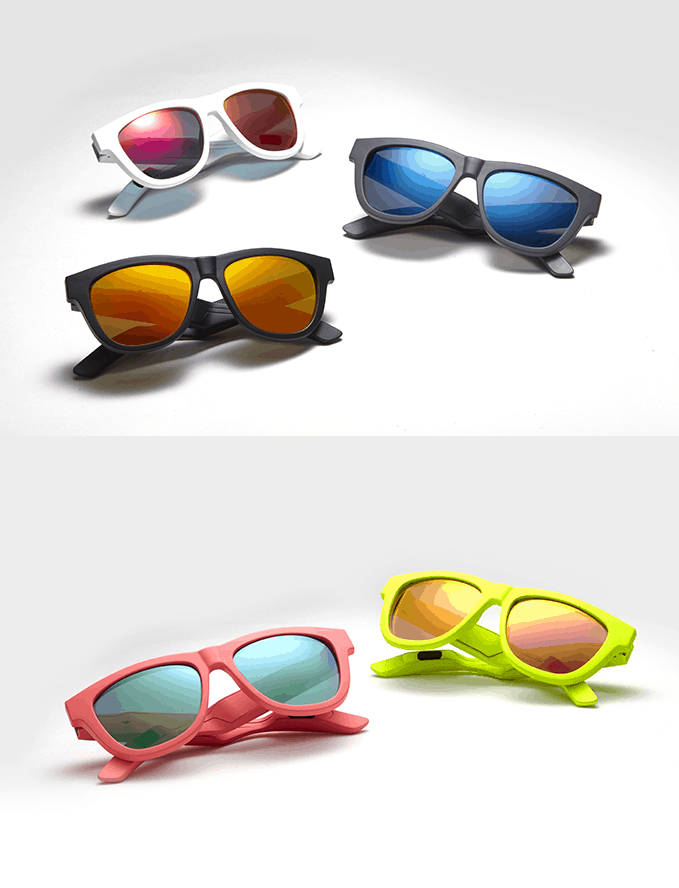 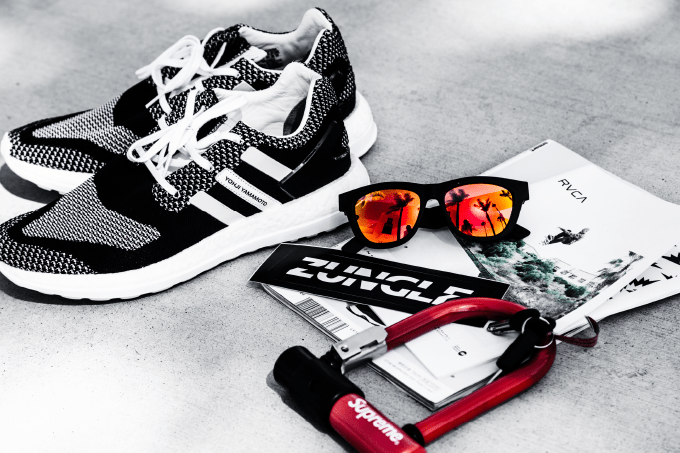