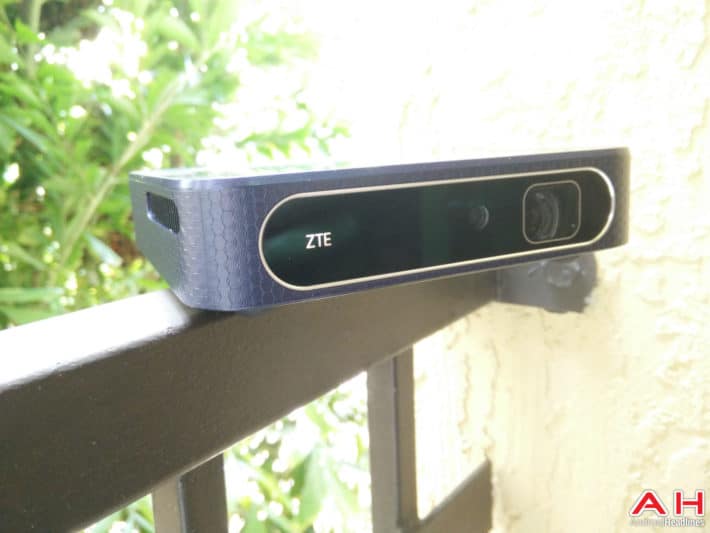 When it comes to ZTE, a majority of consumers are likely to be more familiar with their smartphones than anything else. However, they do have a number of different products in their portfolio and one of the more novel items is the ZTE Spro 2, which the company first introduced very early in 2015. For those unfamiliar with this, the ZTE Spro 2 is essentially a projector. However, this is smart projector and one which runs on Android. As well as being one which can be used with a data plan and one which can be used as a dedicated hotspot for up to ten connected devices.

As there is data involved, after the initial launch, Verizon and AT&T both began to stock and sell the Spro 2 on their respective networks. While T-Mobile was not one of the carriers who have stocked the Spro 2, that does look likely to be changing this month as support pages for the ZTE Spro 2 are now live on the T-Mobile website. Which is typically a good sign that a device is about to arrive. While there are no availability information on those pages, TmoNews is reporting that they have it on good authority that the Spro 2 will become available to buy through T-Mobile on June 7th, which is next Tuesday. However, at present, there are no firm details on what the likely cost will be if and when it does become available.

Of course, if you are not a T-Mobile customer or have already owned the Spro 2 through one of the other carriers or the Wi-Fi only model directly from ZTE, then this won't be of much interest. Not to mention, for those looking for a newer model, ZTE has since announced their latest Spro family member in the form of the ZTE Spro Plus, which was introuduced at this year's MWC event. As you might expect, this one comes with a number of improved features including the video output resolution, as well as boosts in RAM and internal storage. Those interested in checking out the support pages and seeing what else will be on offer with the Spo 2 through T-Mobile, can do so by heading through the source link below.