We’ve seen Xiaomi introduce a number of smartphones thus far this year. This China-based company has announced their Mi 5 flagship back in February, and the Mi Max phablet arrived quite recently. The company has also introduced the Redmi 3 and Redmi Note 3 smartphones back in January, their mid-range offerings. That being said, this Chinese smartphone manufacturer has decided to release yet another Redmi 3 variant the Redmi 3s, read on.

Xiaomi has just introduced the Redmi 3s in China, a device made out of metal magnesium alloy which sports a unibody design. This is a rather compact smartphone, it sports a 5-inch 720p (1280 x 720) IPS display, along with 2GB / 3GB of LPDDR3 RAM and 16GB / 32GB of expandable internal storage. The device is fueled by the Snapdragon 430 64-bit octa-core processor, along with the Adreno 505 GPU for graphics. The 13-megapixel camera (f/2.0 aperture, PDAF) can be found on the back of the Redmi 3s, while you’ll be able to find a 5-megapixel snapper (f/2.2 aperture) up front. The 4,000mAh battery is also a part of this package, and it is not removable. You’ll also find two SIM card slots inside the Redmi 3s, we’re looking at a hybrid dual-SIM setup (micro + nano / microSD). MIUI 7 comes pre-installed here on top of Android, and you also get 4G LTE connectivity with this smartphone. The Redmi 3s measures 139.3 x 69.6 x 8.5mm, while it weighs 144 grams. This smartphone definitely looks like one of Xiaomi’s phones, there are three capacitive keys (menu, home and back) available below the display, and both of its physical keys are placed on the right-hand side of this phone. It is also worth mentioning that the Redmi 3s ships with a rear-facing fingerprint scanner, as you can see in the provided images.

The Redmi 3s comes in Dark Gray, Silver and Gold color variants. The 16GB and 32GB storage variants of this smartphone are priced at 699 Yuan ($106) and 899 Yuan ($136), respectively. Both variants of Xiaomi’s new smartphone will be available for purchase in China starting June 16th through the company’s official website, mi.com. The company did not release any info regarding availability outside of India, we’ll let you know as soon as they share more info. 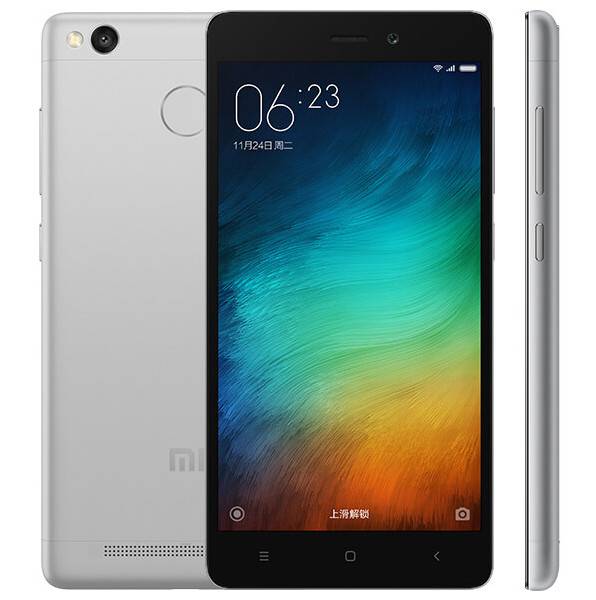