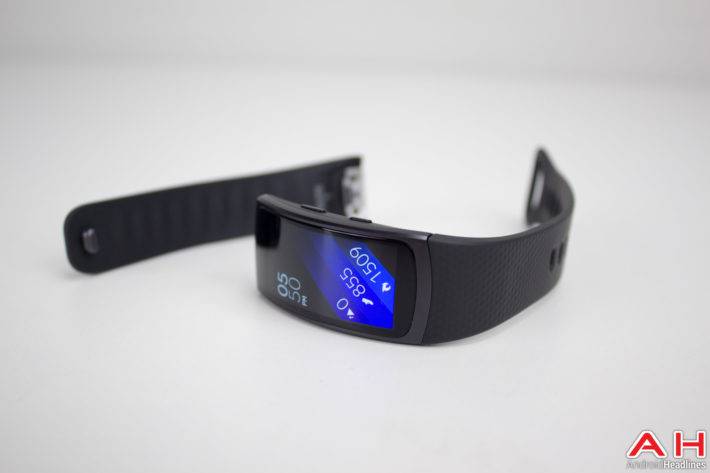 Samsung’s latest wearable, the fitness-focused Gear Fit2, is now upon us and can be purchased in select markets starting today.  Melding a smartwatch with a product that’s still primarily focused on tracking all your daily fitness activities, but there’s a number of things that set it apart from the competition.  First off starting at $179 the Gear Fit2 sells as a very competitive price, undercutting direct rivals like the Fitbit Blaze, among others.  On top of that it’s running the same OS as the Gear S2, Samsung’s own in-house Tizen, and offers access to the Galaxy Apps store for full-fledged wearable apps and the ability to change out watch faces. Unlike previous Gear devices, this works just fine with other Android devices, which means that a Samsung device is no longer a necessary barrier for entry, as everyone can get started with the Gear Fit2.

It’s this extra functionality that really pushes the Gear Fit2 over the edge into more interesting territory than a plain old fitness tracker might, but that doesn’t mean Samsung is only relying on a list of features to sell their latest product.  Featuring a beautiful curved 1.5-inch Super AMOLED display, this fitness tracker is just as beautiful as it is feature rich, and as expected also features a heart rate monitor underneath its plastic and metal chassis.  Automatic stat tracking and sleep tracking is here too, and all of this syncs with Samsung’s S-Health app for deep stat tracking and detailed analysis of your daily habits. With competing devices like the Microsoft Band 2, the Fitbit Blaze and co, Samsung has their work cutout for them, but with all sorts of extra features packed into this fitness tracker-cum-smartwatch the South Korean giant could well overtake their rivals. Check out our review below and don’t forget to check out the full written review for all the nitty gritty details that we couldn’t fit in the video.  Don’t forget to subscribe to our YouTube channel too for more content and reviews as well!