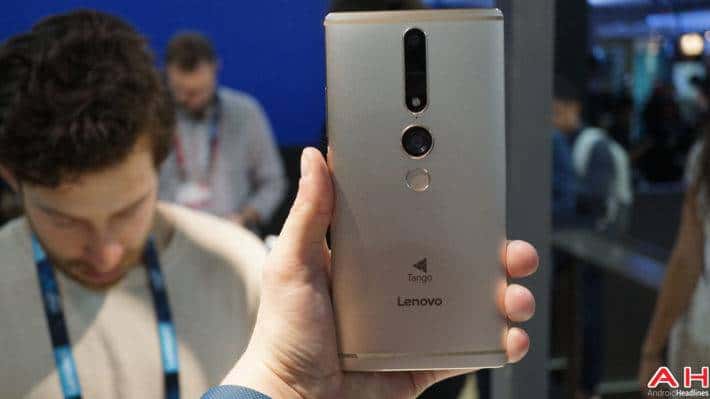 Lenovo and Motorola introduced quite a few devices yesterday during the Lenovo Tech World 2016 in San Francisco. Motorola has released the Moto Z and Moto Z Force devices, along with Moto Mods, while Lenovo unveiled three ‘PHAB2’ devices. The PHAB2 Pro is the most powerful ‘PHAB2’ phablet Lenovo has announced, and in addition to that, it is also the first ‘Tango’ AR smartphone / phablet out there. That being said, we’ve talked a lot about the PHAB2 Pro already (and the rest of PHAB2 devices for that matter), and are here to take an even closer look at the device, read on.

In case you missed it, you can take a look at our hands-on coverage with this phablet, we have quite a few hands-on images to share with you. Now, if you prefer video over still images, scroll down and fire up the embedded YouTube video, one of our editors was at the event and he recorded a short presentation of the PHAB2 Pro phablet. This device is made out of metal, and is quite big, mainly because of that huge 6.4-inch display. On its back, you’ll not only find a 16-megapixel PDAF camera, but also two sensors (Depth Sensor and Motion Tracking Sensor), which make it possible for the PHAB2 Pro to capture AR content, as Lenovo demonstrated during the press conference.

The Lenovo PHAB2 Pro comes with a 6.4-inch QHD (2560 x 1440) IPS Assertive Display, 4GB of RAM and 64GB of native storage. The 8-megapixel snapper can be found on the front side of this phablet, and a 4,050mAh battery is included on the inside. This device is fueled by the Snapdragon 652 64-bit octa-core processor which has been tweaked for AR (Augmented Reality). Dolby Audio, Dolby Audio Capture 5.1, and triple array microphones with active noise-cancellation are also included in this package, and the PHAB2 Pro will ship with a 4,050mAh battery (fast charging included). The device measures 179.83 x 88.57 x 6.96-10.7mm, while it weighs 259 grams. It will be available in Champagne Gold and Gunmetal Gray color options, and go on sale in September for $499. That is more or less it, stay tuned.