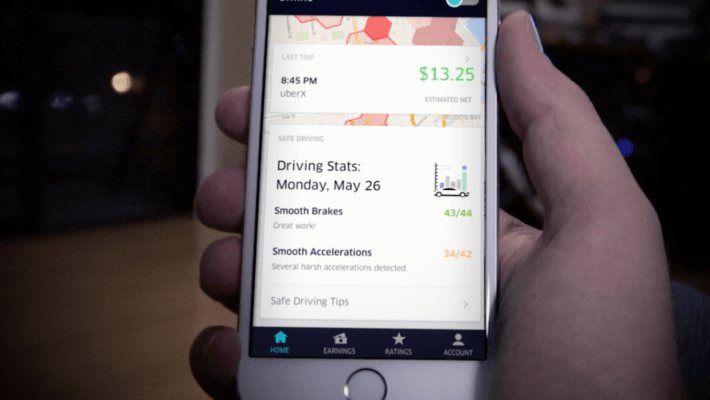 Road safety is just as important when you're not driving as when you are, and in an effort to improve road safety for their passengers, Uber, which just announced ad-free Pandora streaming for drivers, is updating the app with some useful features for drivers that will make suggestions on how they can improve their driving habits to provide a safer ride for those they pick up. More than just updating the app, though, Uber is also going to be publishing videos over on their YouTube channel which are to be part of Uber's "Under The Hood" video series. The first of these videos which highlights Uber's safety changes for drivers can be viewed below.

In regards to these new changes coming to the app for drivers, Uber is making it so the app will suggest that drivers have a phone mount to ensure that they're not handling the device whenever they need to interact with it. If the application can detect that the phone is being moved around during a ride, it will alert the driver that phone movement has been detected and make the suggestion right then and there. The app will also begin to display speed alerts for drivers on the screen so they're always aware of how fast they're going during whether they have a passenger in the vehicle or not.

For some Uber drivers, picking up passengers can be their full-time job which can end up being quite tiresome after having driven for long periods of time, say, after five or six hours behind the wheel. Uber doesn't want their drivers to continue operating if they're too tired or simply need to rest a little bit, which is why the app will begin to remind drivers that they should take a little break once in a while after the app recognizes that they've been behind the wheel for a specific period of time or if they're driving when people typically tend to get tired. The app is also going to start delivering daily driving reports which contain useful data on how drivers can improve, if need be, including stats like smooth breaking and smooth acceleration. The driving reports also show how drivers compare to other Uber drivers.