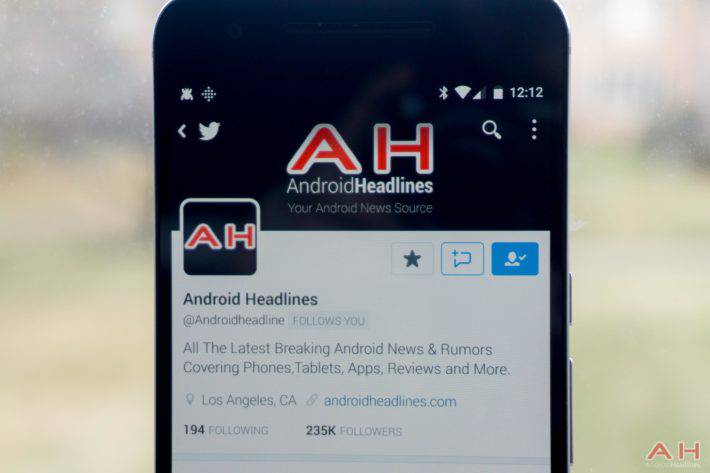 The "night mode" feature in the official Twitter app for Android has been a long time coming, and while the feature has yet to be introduced to the public, Twitter has been testing night mode for at least a month now. Night mode was previously spotted in an alpha build of the official Twitter app last month, but at that time it seemed like users would not be able to manually control night mode and instead, the feature would enable automatically in accordance with the user's time zone. However, earlier today a new screenshot emerged indicating that Twitter didn't forget about night mode and user feedback. Night mode has made a comeback in a newer test build, and this time around it appears that users are given the option to enable or disable the feature at their convenience.

Night mode is a very simple concept which, oddly enough, has yet to be adopted by all major app developers. The idea is to give users the option to switch between a "light" and "dark" mode in the app's user interface, allowing them to improve readability in more lighting conditions. Night mode is very useful when using the smartphone at night or in dark environments, as it's kinder to our sight and helps to prevent eye strain. Sure enough, Twitter users have requested for night mode to be added to the official app for some time, and fortunately, it now looks like Twitter is making some progress in this area. In the newly emerged screenshot (below) the application is presented in night mode, but unlike in the previous alpha build seen last month, the newer build includes the option of manually controlling the option through a slider.

Unfortunately, Twitter has yet to reveal a concrete timeframe for when night mode will be introduced in a public build for Android OS. Once again, the screenshot below appears to showcase an alpha / beta build, and there's no way of telling how far or close Twitter is from pushing the feature to the masses. On the bright side, the screenshot can be considered confirmation that the developer is listening to user feedback and that night mode will be added to the Twitter app for Android, eventually. 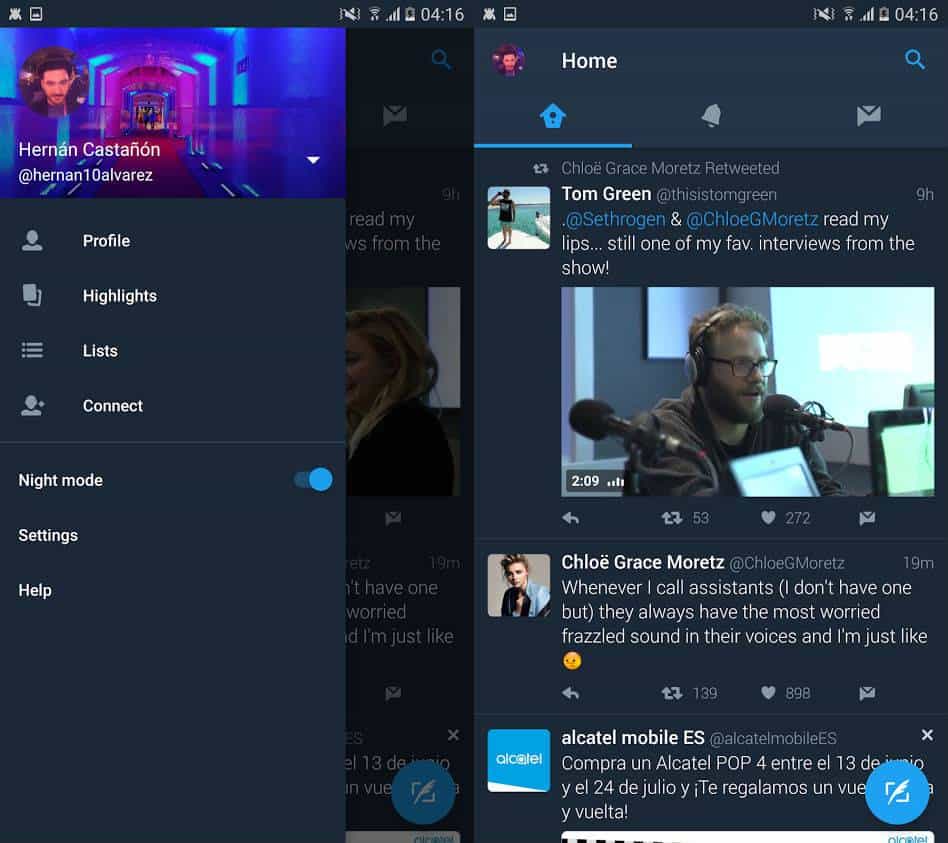