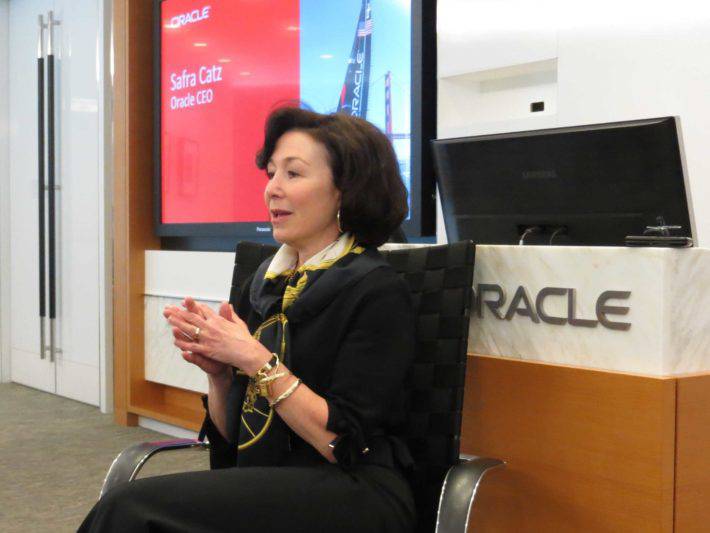 Google recently set the precedent for fair use and open-source to continue as mostly unharmed pillars of the community in a recent landmark win against Oracle in their years-long court battle. Not long after buying up Sun, the creator of the super popular Java programming language, Oracle turned their aim to Google and set phasers to sue. It wasn't a terribly huge surprise, truth be told; talks over licensing Java with Sun had previously broken down to the tune of Google deciding that it didn't need to actually license Java, being open-source, and Sun basically letting it go. Even Sun's former CEO, on the stand at the iconic event, said that Google's use of Java was no biggie and they were within licensing rights for the language. Oracle, after winning their appeal to be able to copyright an API, had a clear and concrete strategy for painting Google as thieves, having stolen what would have been a very lucrative Java licensing business. As we all know, that tactic backfired stupendously and wound up making Oracle look, to many, tyrannical, greedy and clueless. Keep in mind, of course, that Oracle does create and sell products – they're not a run of the mill patent troll.

By and large, Oracle's arguments consisted of two lines of thinking; "Java didn't fall under the right sort of licenses for fair use to be applicable", and, "Google's use of Java did not constitute fair use". They demonstrated these points by showing Google had knowledge that they may have been doing something wrong, and by pointing to the fact that Android was a massive commercial success for Google, among other things. To get the first point mostly out of the way; Java's licensing terms basically said that it could be used in any capacity for free open-source projects, but it could not be slightly modified and then redistributed and billed as an original work. This is one of the things that Oracle insinuated that Google did. When Google pointed out that the Java APIs in question and their declaring code made up a tiny bit of Android's code base, Oracle shot back that the Java code was small, but it was vital, and without that code where it was, Google would have had to develop their own APIs for certain features and would not have met release date targets. While it was true that Google was rushing to get Android out the door, there was no proof that releasing a bit later would have made a huge dent on Android's place in mobile history, or that Google would have made less money or Oracle would have made more. Thus, that offensive fell apart.

The issue of whether Google was acting in fair use begs a bit more in-depth and interesting examination. To boil it mostly down, Google's use of Java was fair use because they weren't claiming the Java code was written by their people, and they weren't selling Android. To be certain, they made insane amounts of money from it, but never by selling or licensing it. Android was, is, and will forever be a free and open-source operating system, allowing things like Amazon's Fire OS and Xiaomi's MIUI to happen without Google's services. While it's not a popular decision among antitrust regulators, Google has an all or nothing mentality that has helped them make a huge profit from Android; if a manufacturer wants their device to sport the popular Play Store, the top app gateway in the Android world, they have to play ball. Almost all Google services have to be on board and fairly prominently featured. Still, this does not constitute a violation of fair use in and of itself, but Oracle did try to contend that Google's intentions to make massive amounts of money shone through and robbed them of business opportunities. Let's have a look at exactly why that line of attack also backfired.

When Oracle lawyer Annette Hurst hit the stand, secrets were exposed, people testifying had themselves a sweat, and the climate of the courtroom changed almost palpably; she did her job, and a great job at that, but she was fighting a losing battle. Grilling people like the cool-as-a-cucumber Andy Rubin and a lead Android programmer didn't garner her points with the judge or the jury, almost seeing her rack up objections instead. Her style, though divisive, worked well for what it was meant to do; expose the truth. Google was looking to get Android out fast for a quick buck, wanting to get on the market before Apple's iPhone gained serious traction. Google offering Android for free allegedly cut into Oracle's Java licensing business in a big way, and apparently kept Oracle from getting to write the mobile history book. The problem with that is that the opinion was that Java-based phones were extremely far behind in the mobile world compared to the upcoming iPhone, and a major shift was coming. Smartphones from the likes of BlackBerry, HP and Palm were increasingly finding their way into the hands of consumers, many of which were not licensing Java at all, using the open-source bits to support a developer ecosystem, as was the case with WebOS, for example. This meant that the billions that Oracle thought they were going to get licensing Java into the mobile sphere would never have materialized; instead, would-be partners would have developed their own operating systems, or simply folded from mobile to let the big boys play. Trying to take things down this road made Oracle look outdated, short-sighted and, of course, utterly greedy to the point of hating innovation that wasn't theirs. Combining all of these factors makes it easy to see why the jury sided with Google. The case will probably end up finding its way into an appeals court again in the near future, but for now, open-source and fair use are safe, and Oracle's leadership may have some thinking to do.