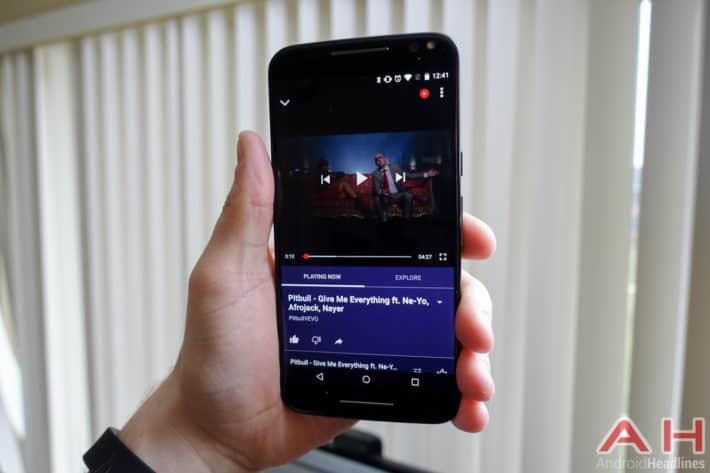 YouTube is no stranger to huge amounts of backlash from the music industry. While they do their best to find musicians' content and help them monetize it, their efforts have not been enough to placate artists and labels, who allege that the Digital Millennium Copyright Act, or DMCA, is partly at fault. YouTube's $3 billion paid to the music industry at large is allegedly only a small part of what they are rightfully due, comparing YouTube to other, more lucrative channels through which fans can get a hold of their music. The list already includes a number of big names like Katy Perry, U2 and Billy Joel, and the latest to join the fight is none other than country-pop superstar, Taylor Swift.

In the letter, the stars voice their shared "concern about the ability of the next generation of creators to earn a living." They say that the DMCA, "written and passed in an era that is technologically out-of-date", and is "one of the biggest problems confronting songwriters and recording artists today". Their argument boils down to the fact that musicians are being paid less and less, while consumers are able to carry around "almost every recorded song in history" via digital downloads and streaming services, but having those same services pay artists unfairly. Naturally, YouTube catches some flak in the letter, in a roundabout fashion, in a line that alleges that the DMCA in its current form has "allowed major tech companies to grow and generate huge profits". The letter goes on to say that the tech companies enjoying increased traffic and user count springing from artists' work were "not the intended protectorate" of the original draft of the DMCA, and that "it's impossible for tens of thousands of individual songwriters and artists to muster the resources necessary to comply with its application." The artists conclude their letter by calling for Congress to "enact sensible reform that balances the interests of creators with the interests of the companies who exploit music for their financial enrichment."

While the letter may sound a bit harsh and some may even be inclined to call the artists greedy, given most of their lifestyles, their concerns in the letter are quite legitimate. The DMCA, in its current form, is difficult to navigate for artists who have been wronged, and makes it easy for tech companies to shift any responsibility for unauthorized content to the user. The DMCA was drafted up to guard against piracy, but in today's age of streaming services and DRM-free marketplaces, piracy is, while still a concern, no longer the biggest issue. Thus, while platforms like YouTube are great for lesser-known artists, they could endanger artists' careers in some cases by eating into record sales while not paying some artists enough to live on.