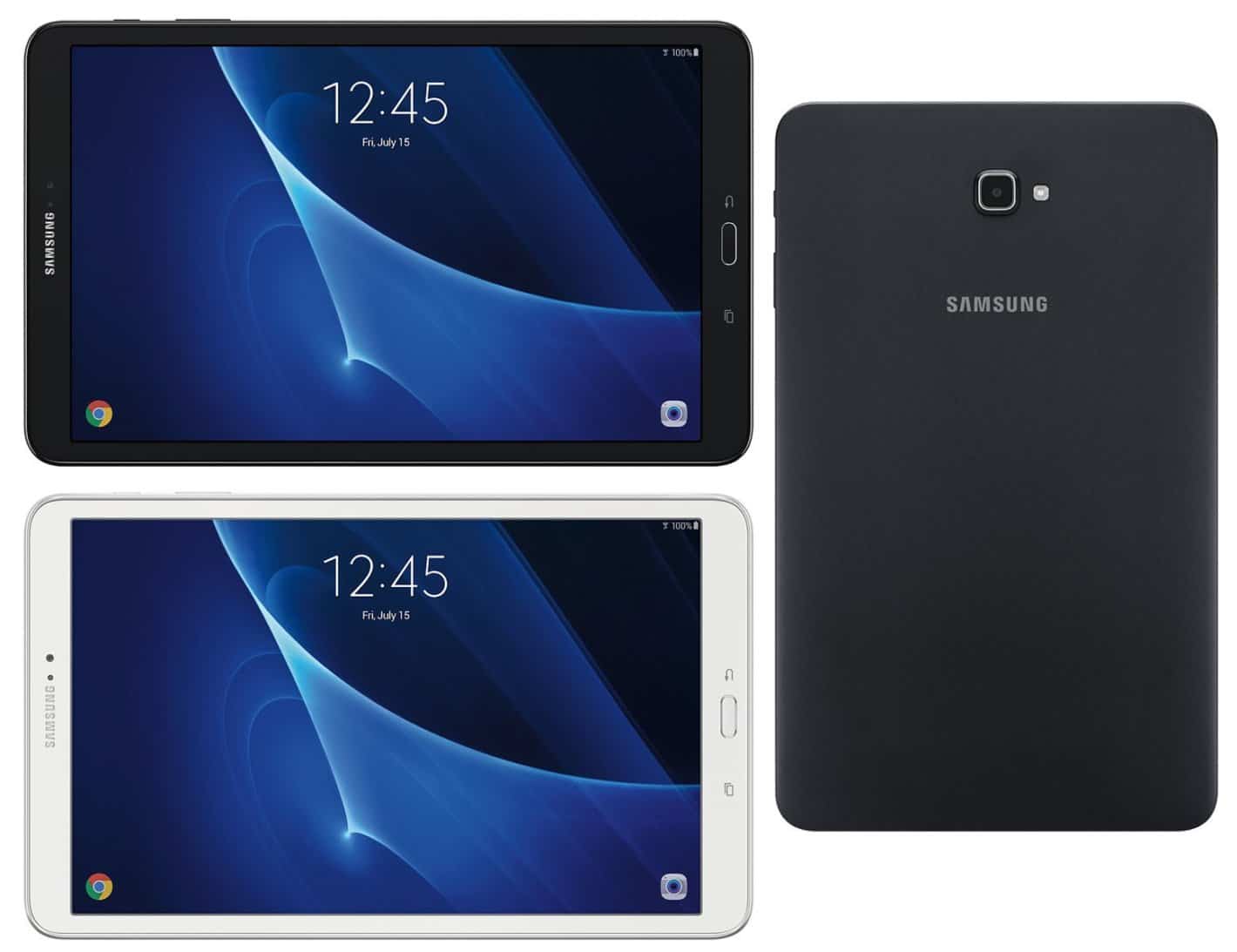 Earlier today a leak was discovered which was thought to be Samsung's upcoming Galaxy Tab S3 tablet, sporting a rather thin design and, in this particular leak at least, a slightly off placement of the back button. As it turns out, the leak is not actually an image of the Galaxy Tab S3, but instead is a picture of the Galaxy Tab A 10.1 2016 model that was officially announced back in the beginning of May, slated for a launch later on this month at a price of €289 for the WiFi only model, while the 4G LTE model will cost a bit more at €349.

Just as a recap, the Samsung Galaxy Tab A 10.1 comes with, quite unsurprisingly, a 10.1-inch display, and it carries a resolution of 1920 x 1200 pixels. The display panel technology is TFT PLS, and the tablet will have 2GB of RAM along with 16GB of internal storage and the option to expand on that storage with a microSD card up to 200GB. It's powered by an in-house processor from Samsung, more specifically the Exynos 7870 1.6GHz octa-core CPU which is built on the 64-bit architecture, and to keep the tablet going throughout the day it has been fitted with a fairly large 7,300mAh battery.

For the main camera that can be seen on the back of this image, Samsung used an 8MP sensor with an f/1.9 aperture, an LED flash sits to the right of the camera sensor, and flipping the tablet over to the front reveals a more modest 2MP camera sensor with an f/2.2 aperture. The tablet only weighs about 525g which makes it sound easily portable, and it will come running on Android 6.0 Marshmallow out of the box when it launches, with Samsung's latest version of the TouchWiz UI layered on top of it. Back during the initial unveiling of the Galaxy Tab A 10.1 2016 model which was announced by Samsung Germany, the tablet was confirmed to be releasing in Europe, but there was no mention of whether or not Samsung would choose to launch the tablet in any other regions. At this time, there is still no information about availability in other countries.